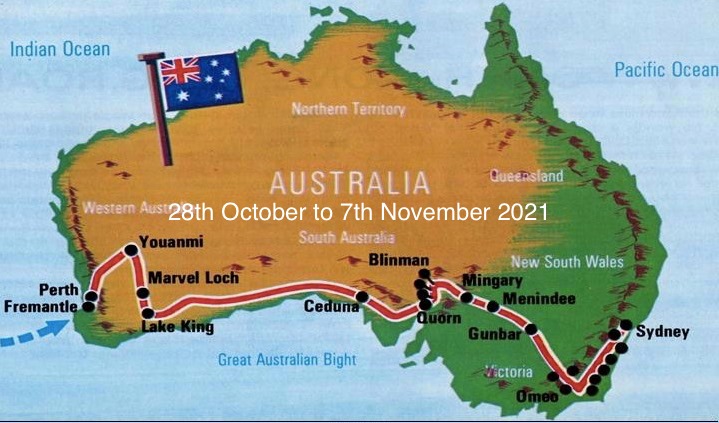 Where it all began – The London to Sydney Marathon 1968

The original Marathon was devised by Sir Max Aitken, proprietor of the Daily Express Newspaper in late 1967. The U.K. was going through one of it’s worst economic downturns since WWII, the pound had been devalued and the spirit of the nation was somewhat cowed. Aitken with the newspapers’ MD, Jocelyn Stevens and U.K. motorsport hero Tommy Sopwith, devised the event as a means of lifting the nation’s spirit as well as promoting sales of the newspaper. The Daily Express offered a first prize of £10,000 (£165,000 today) and then the Daily Telegraph (of Sydney, Australia), owned, at the time, by the Australian press magnate, Sir Frank Packer (father of Kerry Packer, known to all cricket fans), offered second and third place prizes of £3000 and £2000 respectively, plus another £2000 prize for the best placed Australian entry. The latter acknowledging the longest part of the route through one country.

Jack Sears, another notable U.K. racing driver and friend of Tommy Sopwith, was appointed as the organising secretary. He, together with seven other organising committee members plotted a 7,000-mile course covering eleven countries in as many days. *Jack Sears sought out Stuart Turner from the BMC Competitions  Department, together with Tony Ambrose ,who was the real brains behind the 1968 Route for the event. The P&O liner S.S. Chusan was chartered to ferry the first 72 cars and their crews on the nine day voyage from Bombay to Freemantle, Western Australia. It was planned that the remaining crews would depart at 3 am on the following day, Thursday 5 December, arriving in Fremantle at 10 am on Friday 13 December. All the cars and their crews would reassemble in Perth for the start of the first Australian leg of the rally, Perth to Youanmi, in the evening of Saturday 14th December. For some strange reason, no work could be carried out on the cars during the passage from India to Australia, any attempt to do so would mean instant exclusion from the rally. 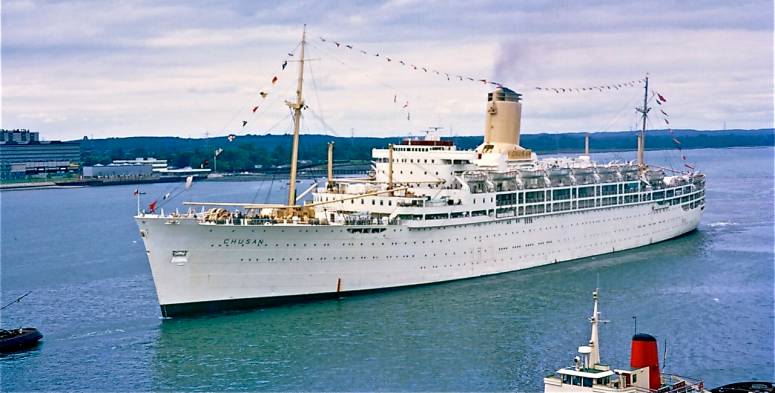 Roger Clark established an early lead through the first genuinely treacherous leg, from Sivas to Erzincan in Turkey, averaging almost 60 mph in his Lotus Cortina for the 170-mile stage. Despite losing time in Pakistan and India, he maintained his lead to the end of the Asian section in Bombay, with Simo Lampinen’s Ford Taunus second and Lucien Bianchi’s DS21 in third.

However, once into Australia, Clark suffered several setbacks. A piston failure dropped him to third, and would have cost him a finish had he not been able to cannibalise fellow Ford Motor Company driver Eric Jackson’s car for parts. After repairs were effected, he suffered what should have been a terminal rear differential failure. Encountering a Cortina by the roadside, he persuaded the initially reluctant owner to sell his rear axle and resumed once more, although at the cost of 80 minutes’ delay while it was replaced.

This left Lucien Bianchi and co-driver Jean-Claude Ogier in the Citroën DS in the lead ahead of Gilbert Staepelaere/Simo Lampinen in the German Ford Taunus, with Andrew Cowan in the Hillman Hunter 3rd. Then Staepelaere’s Taunus hit a gate post, breaking a track rod. This left Cowan in second position and Paddy Hopkirk’s Austin 1800 in third place. Approaching the Nowra checkpoint at the end of the penultimate stage with only 98 miles to Sydney, the Frenchmen were involved in a head-on collision with a motorist* who mistakenly entered a closed course, wrecking their Citroën DS and hospitalising the pair. *The “motorist” was two young enthusiasts in a Mini. The roads were not closed as we might expect of a rally today, the roads were open to the public.  Greg Staunton (driver) passed away a few years back from cancer but Allan Chilcott (passenger) is with us and will join the Perth-Sydney event as co-driver of Car 40 .  Bianchi was taken to hospital with both Staunton and Chilcott. Ogier was uninjured.

The Citroen DS and Mini after the accident. Photograph sourced from https://www.whichcar.com.au/wheels

Hopkirk, the first driver on the scene (ahead of Cowan on the road, but behind on penalties) stopped to tend to the injured and extinguish the flames in the burning cars (* only the Mini caught fire and it was soon extinguished). Andrew Cowan, next on the scene, also slowed but was waved through with the message that everything was under control. Hopkirk rejoined the rally, and neither he nor Cowan lost penalties in this stage. So Andrew Cowan, who had requested “a car to come last” from the Chrysler U.K. factory, on the assumption that only half a dozen drivers would even reach Sydney, took victory in his Hillman Hunter and claimed the £10,000 prize. It should be mentioned that Marcus Chambers, the Rootes Group/Chrysler UK Competitions Department manager at the time, was the brains behind the Chrysler UK team entry. Hopkirk finished second, while Australian Ian Vaughan was third in a factory-entered Ford XT Falcon GT. Ford Australia won the Teams’ Prize with their three (Ford) Falcon GTs, placing 3rd, 6th and 8th. Source – Wikipedia – London to Sydney Marathon.

* Supplementary information provided by Laurie Mason, one of the Perth to Sydney Marathon Rally organisers. 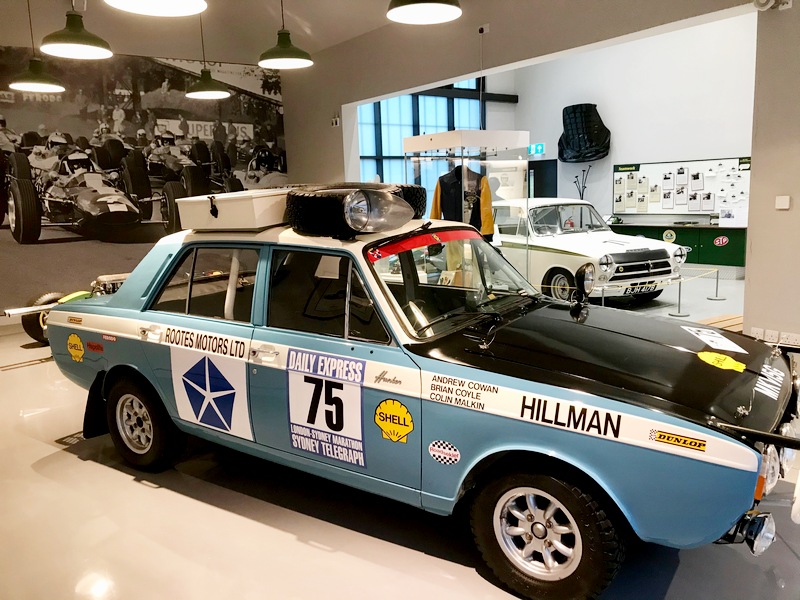 There have been a number of re-runs of this event, the last two in 2014 and 2019, named ‘The Big One Sydney–London Classic Marathon Rally’; as the name suggests it was a reverse of the original rally route. In fact, due to warfare and changes in governments in some countries, none of the re-runs was an exact replica of the original. The 1977 event, the closest one, both in route and protocols, to the original, was also won by Andrew Cowan, this time driving a Mercedes Benz 280E. Paddy Hopkirk who achieved second place in his Austin 1800 the first time around was third on this occasion, driving a Citroen CX.

The Perth to Sydney Marathon Rally 2021 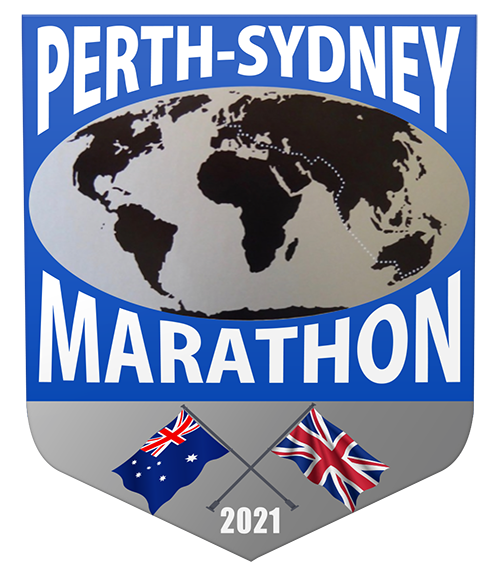 The event includes over 5700km across 10 days, recreating the original 1968 London-Sydney Marathon. For the first time in 53 years, this event will be following the exact route, where possible. The Event Committee have the combined knowledge and experience to enable this event to honour and celebrate the origins of the 1968 London-Sydney Marathon.

Background to the Event
The event was born in Laurie Mason’s brain when, upon retirement, he started sorting through boxes of stuff at home and came across a Daily Telegraph Supplement on the event from 1968. His interest was piqued and he set about trying to find the route taken across Australia with an objective to one day drive the route. Resulting from the subsequent research, contact was made with an owner of a vehicle purporting to be an original 1968 entrant. That car has now been confirmed as Car # 40 (Vauxhall Ventora entered by Jim Russell International Racing Driving School and driven by Dave Walker (AU.), Brian Jones (GB.) and Doug Morris (GB.), it finished in 52nd place – see photo below) from the event. In 2018, an event was run to celebrate the 50th Anniversary of the 1968 event, which ran from Wangaratta to Warwick Farm from the 14th to the 17th December. By all accounts from those who participated, it was an enjoyable event.

Feedback from the 2018 event suggested that the format of the event suited most of those who attended, with many entrants indicating that the relaxed less formal nature of the event was in
keeping with a general change of values and constraints that were seen to be applying to them with their favourite sport. The flexibility offered by an event that provides a relaxed mix of social
engagement with the ability to use their favourite vehicle in landscapes they enjoy most is what most attracts them to such an event. Holding an event over recognised significant event routes is an added bonus.

The 1968 London to Sydney Marathon holds a unique place in Worldwide Rallying and re-running the Australian section of the event, for the first time in over 53 years, is a way of paying homage.

Some of the cars entered for the Perth to Sydney Marathon Rally. Those with Entry Numbers were in the original event  – 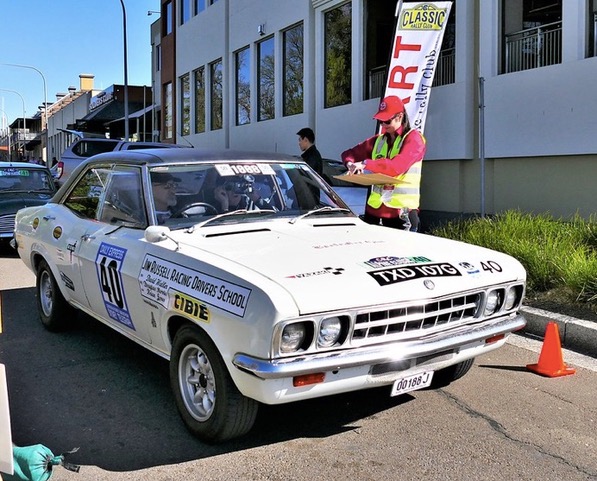 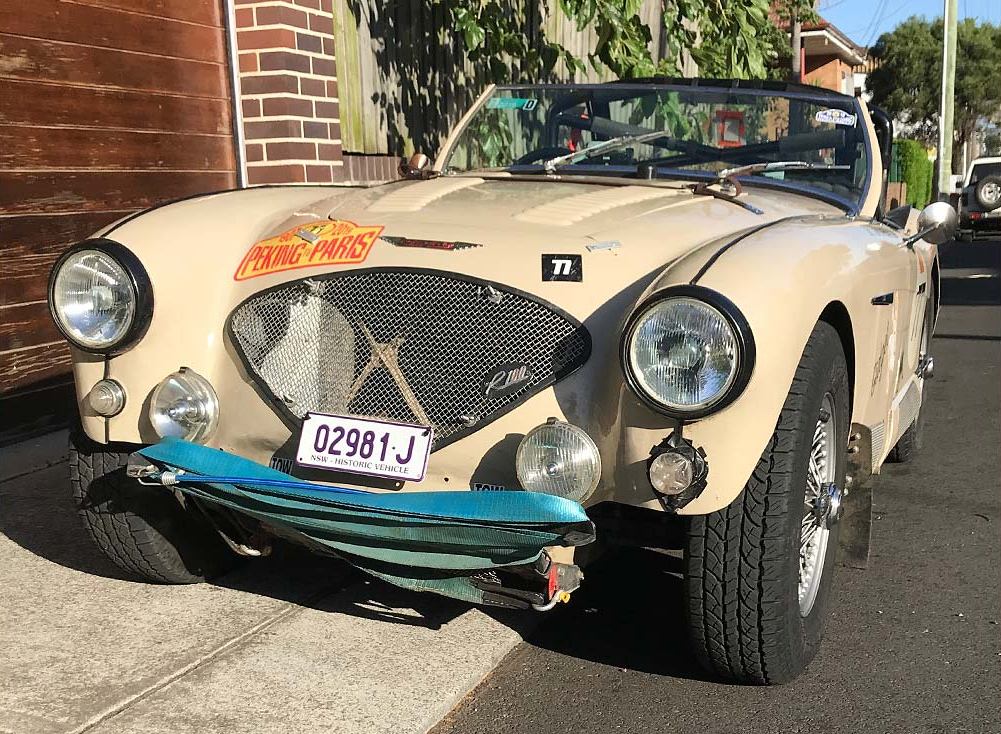 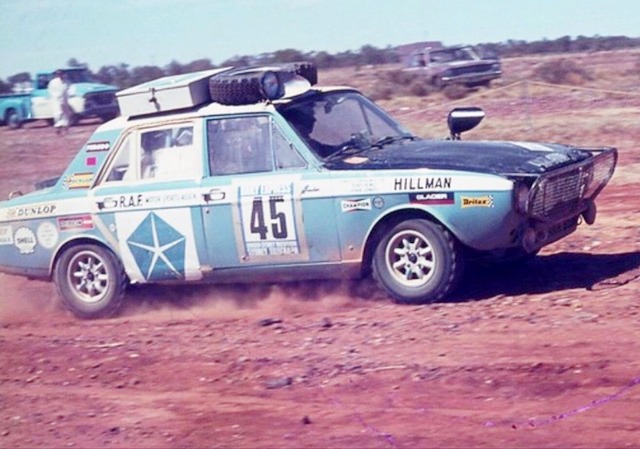 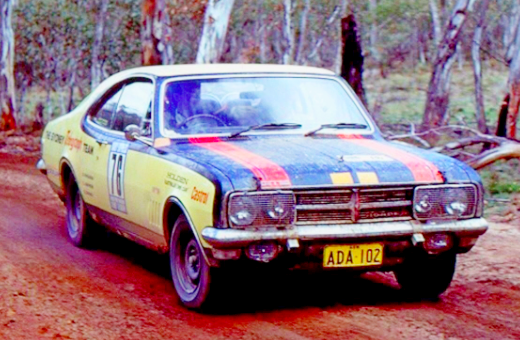 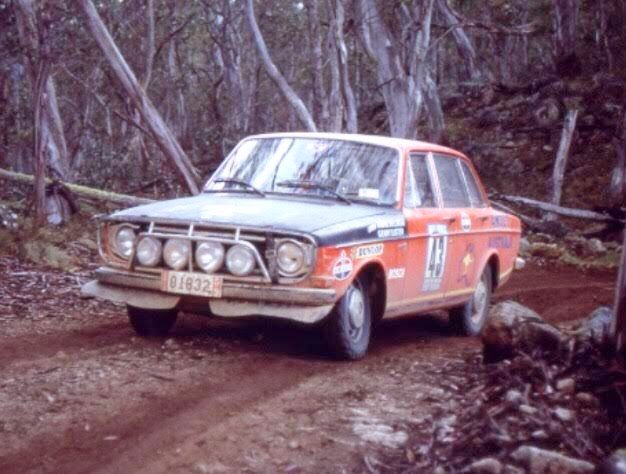 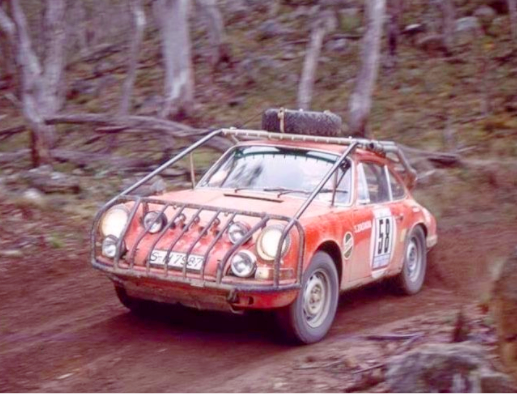 The purpose of this webpage is to provide information on a Classic Car Rally and refers to material that is in the Public Domain. Carsceneinternational.com has no commercial relationship with any of the organisations or sponsors referred to.