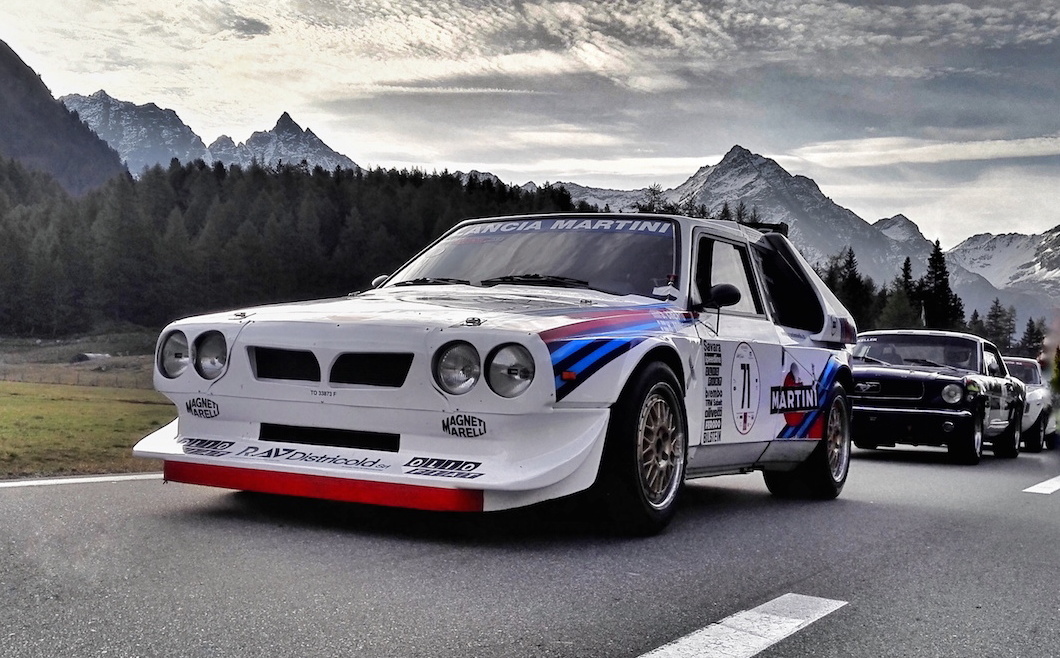 The fabulous Bernina Gran Turismo, held every September in the Swiss Alp region of Engadine, doesn’t only boast breathtaking backdrops, it also has the most varied field of classic car participants anywhere in the world. Re-created in 2015 as a homage to the original “St. Moritz Automobile Week” of the 1920s. It now invites cars from that era all the way to the 1980s to a hill climb up the 5.6 km long mountain pass with over 50 curves and a height of 448  meters from start to finish.

The Bernina Mountain Pass stretches from La Rösa at 1871m to the summit at 2330m. Long straights follow tight curves, and in September there can be sun, heat, cold, rain and snow; all in one weekend. But it’s not just about the racing. Says co-organizer Claus Müller: “We are an extremely relaxed bunch over here. For us, we are all having the same fun and we’re having it together, regardless if you have a million-Euro Ford GT or a Volvo Amazon, it’s the passion that unites us”.

The weekend starts with a fitting welcome in one of St. Moritz’ hot spots, the local “Dracula Club”, founded in the fabulous Seventies by industrialist and playboy Gunter Sachs. But the rest of the event is rather low-key, no champagne receptions and no black ties anywhere. The races themselves are divided in two familiarization runs on Saturday morning and two race runs each on Saturday and Sunday.

Fifteen cars run in the competition class, where the fastest time wins. The rest of the 80 teams run in the  “regularity” section, where (in theory) the driver closest to the set time of 4:25 min for the 5,6 km on the closed-off Bernina Pass would win the trophy. In reality, however, even regularity racers go for the best time. It’s all about the fun, the thrill of taking a classic car to its limits on a closed mountain road; to rev the engines, to hear the skinny tires squeal and to see spectators wave and cheer.

It is difficult to imagine, though, what it must have been like in 1929 when spectators cheered race legends like Hans Stuck or Louis Chiron on the old and much longer track. Viewers would have used the Rhaetian Railway, the region’s historical train, to arrive at the Alpine summit.  (Main body of the text courtesy of Axel E. Vatton via retrovia.com and modified by ‘Car Scene‘).

The purpose of this webpage is to provide information on a Classic Car event and refers to material which is in the Public Domain. Carsceneinternational.com has no commercial relationship with the organisers or sponsors featured.