With its unique atmosphere and camaraderie, the RM Sotheby’s Veteran Car Run from London to Brighton (staged specifically as a non-profit making event) commemorates the Emancipation Run of 14 November 1896, which celebrated the Locomotives on the Highway Act. The Act raised the speed limit for ‘light locomotives’ from 4 to 14 mph and abolished the need for these vehicles to be preceded by a man on foot waving a red flag.

The first commemoration of the Emancipation Run was held in 1897 with a drive to Sheen House in Richmond Park. Then, in 1927, the inaugural re-enactment followed the original Brighton route and has taken place every November since, apart from the war years and 1947 when petrol was rationed and 2020 during the global Covid-19 pandemic. The Royal Automobile Club has managed the Run, which celebrated its 125th anniversary in 2021, with the support of the Veteran Car Club of Great Britain since 1930.

The event today attracts over 400 automobiles with an eligibility criterion that requires the cars to be of three or four wheel design and certified that their build took place prior to 1 January 1905.

will move up a gear this year with the news that it will be held in Sotheby’s prized Conduit Gallery in Westminster.

Now entering its ninth year and widely considered as the leading motoring and motorsport art exhibition in Europe, the exhibition will continue to be one of the main events of the Club’s celebrated London Motor Week.

To be held from Monday 31 October to Saturday 6 November, the respected exhibition reflects the growing relationship between the Club and globally renowned auction house Sotheby’s.

The 120th anniversary of the first British victory in international motorsport will be celebrated at this year’s RM Sotheby’s London to Brighton Veteran Car Run.

It was in 1902 that Selwyn Francis Edge won the illustrious Gordon Bennett Cup racing a 6.5 litre, 40bhp Napier from Paris to Innsbruck in Austria – the landmark victory over the then dominant French automobiles not only established Britain as a major force in the sport but also heralded the birth of British Racing Green. 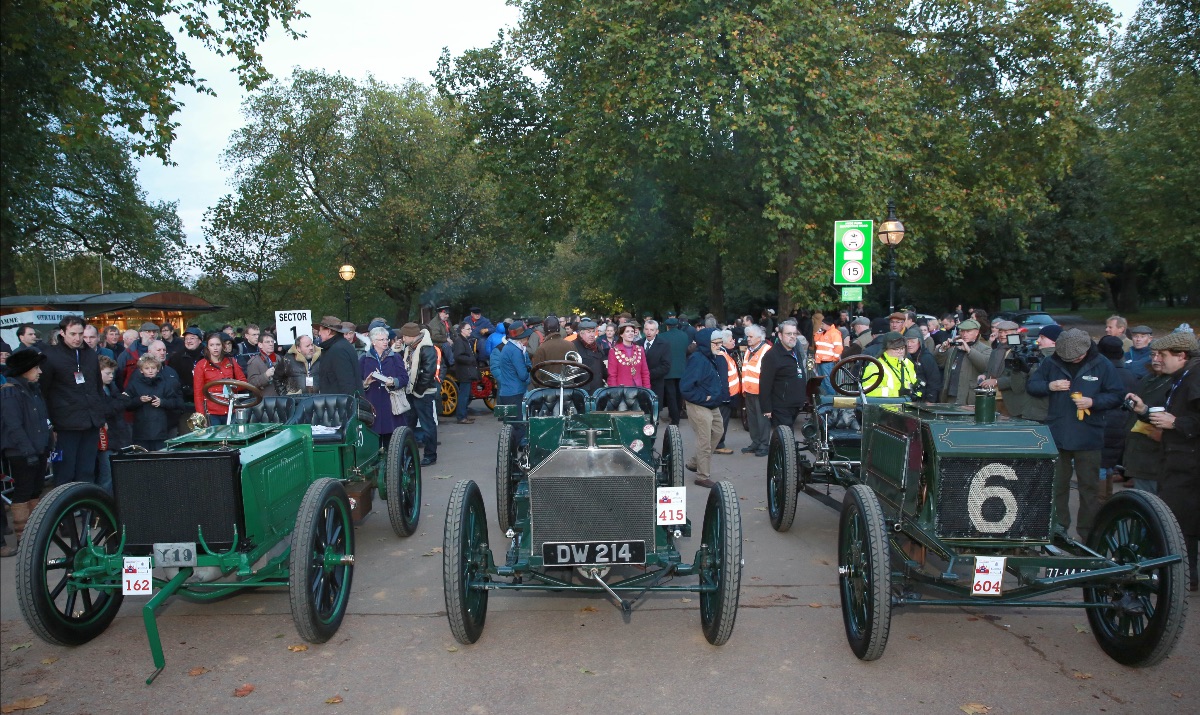 The three 1903 Gordon Bennett Cup Napiers were last seen together on the Veteran Car Run in 2013. Photo source – www.veterancarrun.com