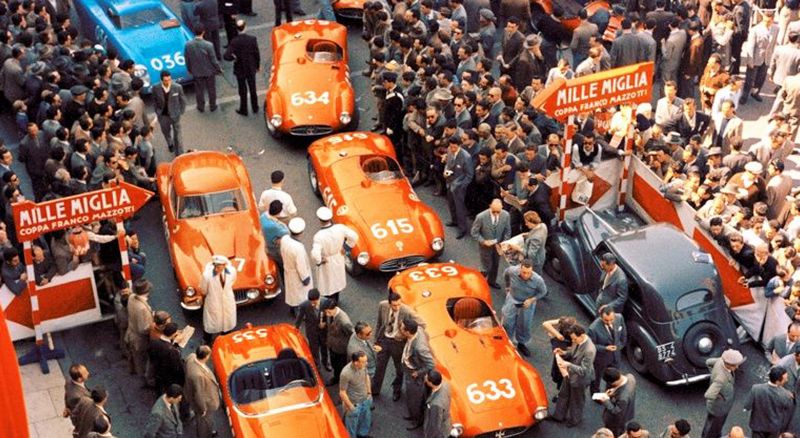 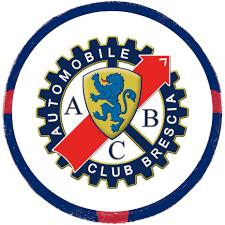 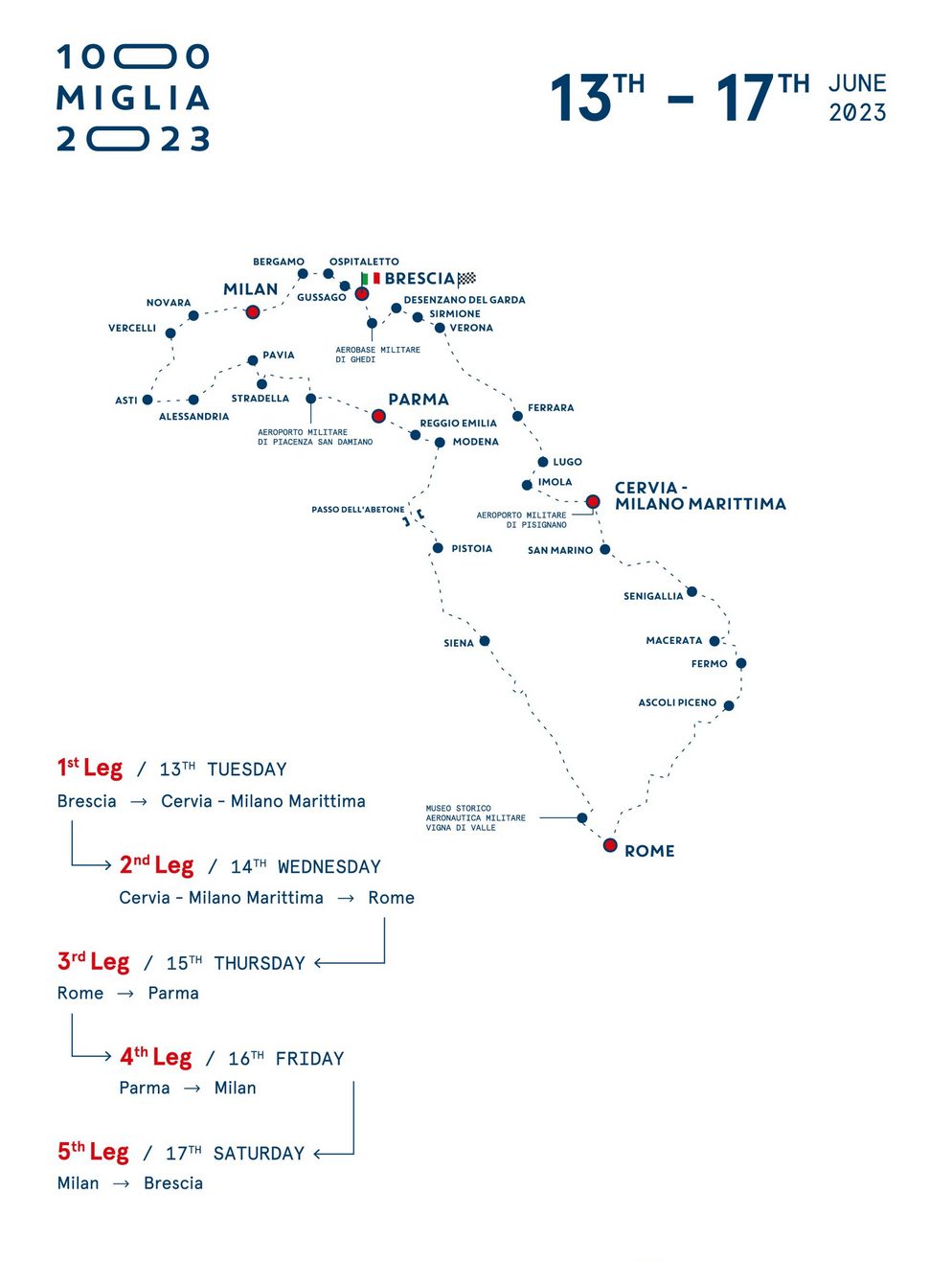 The original Mille Miglia road race between Brescia and Rome and return, using a figure of eight course, was initiated by Counts Francesco Mazzotti and Aymo Maggi in 1927. Initially, it attracted only Italian competitors driving Italian cars but as its reputation grew competitors from other countries started to enter. The first non Italian driver and car to win occurred in 1931 when Rudolf Caracciola, driving a Mercedes SSKL, took the victory. The annual event was interrupted by WWII but recommenced in 1947. However, in 1957 when a total of twelve people were killed (two drivers, a navigator and nine spectators) in two separate accidents, it was decided that that type of event, using public roads, was too dangerous; in fact, 56 people had lost their lives since the race’s inception. In the following years, the event was run as a touring rally with cars restricted to legal speeds interspersed with special stages. This format lasted for about ten years then stopped. However, the Mille Miglia was resurrected in 1977 and after a few years of experimenting with different formats the MM that we know today was established. Its main purpose, in addition to keeping Francesco and Aymo’s dream alive, is to allow cars of the type that competed in the period 1927 -57 to participate and in so doing provide much pleasure to the participants and spectators alike. CSI