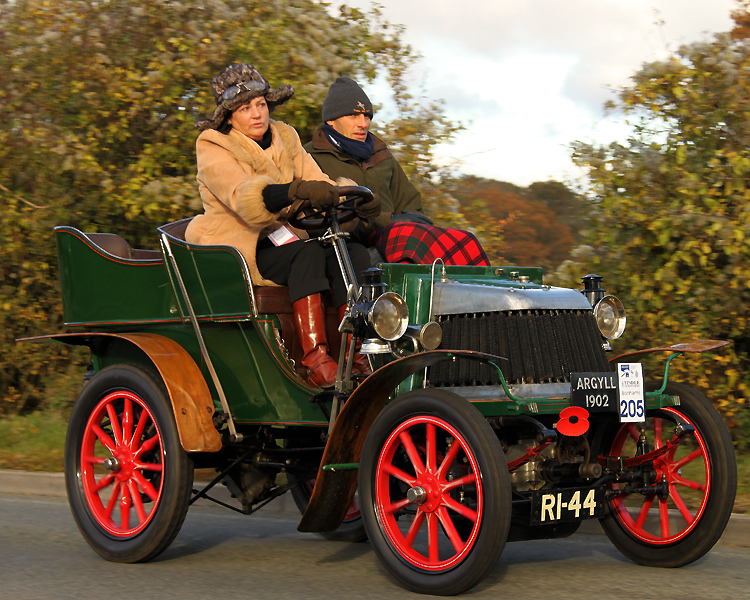 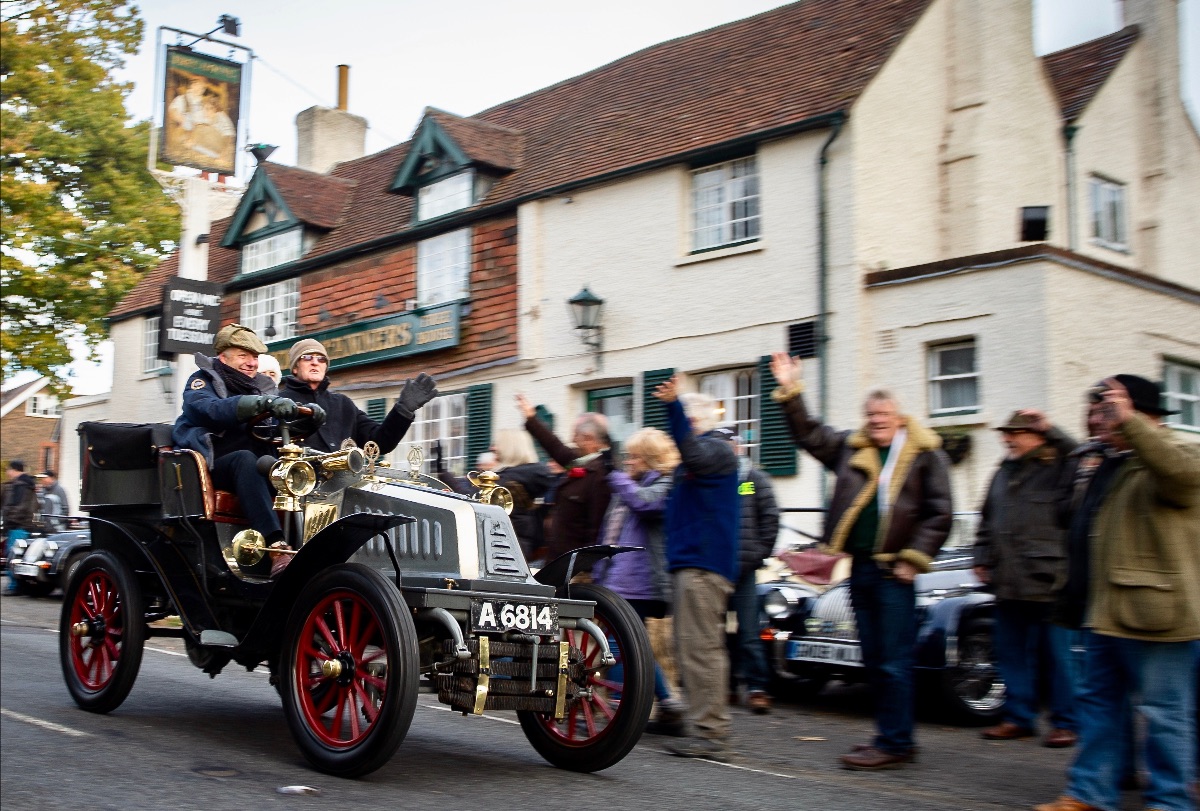 This is an introductory event organised by the Royal Automobile Club (RAC) and sponsored by R M Sotheby’s.

The purpose is to give owners of these cherished pre-1905 cars the opportunity to show them off in the Summer as well as November.

This run is not from London to Brighton but from the RAC’s Woodcote Park Country Club, near Epsom, Surrey and returning to the same venue by a different route.

The 38-mile route goes South along the A24 towards Leatherhead, into the Surrey Hills, skirting Box Hill, the highest point in the North Downs; then turns East along the A25 through the Mole valley before turning South again to lunch at Gildings Barns. The return journey North is more direct via Park Gate and Brockham before joining the A25 and A24  back to Woodcote Park.

The 25 cars entered for this inaugural event set off at 10.30 am in one-minute intervals. They include the Daimler shown above, De Dion Bouton, Argyll, also shown in this piece, Clement, Dennis, Mors, Swift and Napier.

The November London to Brighton Run

Three Hundred cars have already been entered into this year’s traditional London to Brighton event to be held on Sunday 6th November. Full details of the November Run – including entry forms – are available on the event website at www.veterancarrun.com.

The purpose of this webpage is to provide information on a Special Car Event. It refers to material that is in the Public Domain. Carsceneinternational.com has no commercial relationship with the organisers or sponsors featured.