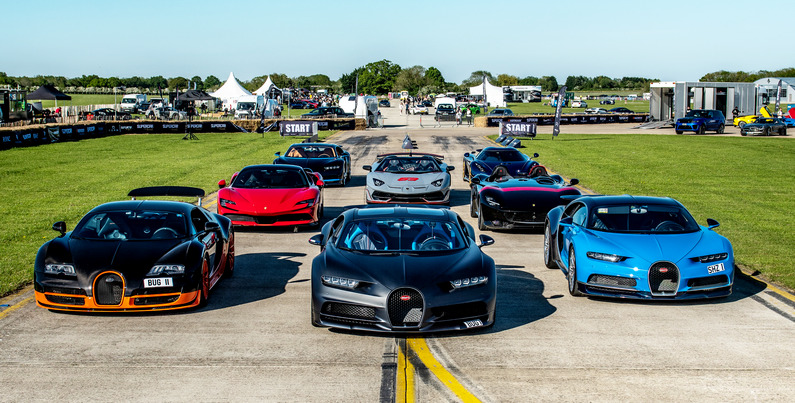 Now in its fourth year, Supercar Fest continues to build upon its position as the industry’s fastest growing dynamic supercar event in the UK. Developed by two highly experienced experts in the fields of commercial sport and motorsport, Supercar Fest the brand allows all types of individuals unrivalled access to the supercar scene. Supercar Fest is not just the most family friendly supercar event in the UK but the most accessible for visitors, owners, exhibitors and sponsors. The public enjoy full access to the cars and their drivers with no fenced-off restricted areas in the paddocks except for the Hypercar Zone. Mingle and chat with the supercar owners.

Sywell Aerodrome opened in 1928 as a grass strip for the emerging private aircraft craze. During the 2nd World War it became RAF Sywell and was used for training pilots using Tiger Moths and it also became a repair centre for Wellington bombers. The venue was used for the 1969 film Battle of Britain featuring Michael Caine. In 2007 the venue was granted permission to install a concrete runway which was completed in 2009. And this runway is an integral part of the ‘side by side’ action at Supercar Fest in May.

The purpose of this webpage is to provide information on a Supercar Event. It refers to material that is in the Public Domain. Carsceneinternational.com has no commercial relationship with the organiser or sponsors featured.