The BMC & Leyland Show, held in the grounds of the British Motor Museum at Gaydon, Warwickshire, has become a regular fixture on the Classic Car shows calendar. Good weather ensured that there was a good turnout of both exhibitors and visitors to this year’s event. I thoroughly enjoyed photographing some outstanding historic cars and chatting with some of the owners.

I was particularly impressed with the ‘Abingdon Works’ collection of Austin Healey, MG and Mini competition cars on display, well done David Scothorn for assisting in getting all those cars together. It was also good to catch a glimpse of such notable competitors as Tom Coulthard, Brian Culcheth and Roger Enever who were in attendance.

This post is an extract from my overall Show Report (see the link at the bottom of the page) featuring the Austin Healey and MG cars that were in the ‘Abingdon Works’ display.

Before I get into the Austin Healey and MG competition cars, I want to share this photo with you. Fans of Austin Healey 100 BN1 and BN2s will know why – it was because this car did not sell, in North America, in the numbers envisaged, which allowed Austin to supply sufficient A90 engines (4 cyl. 2660cc.) for Austin Healey production. Less than 8000 Atlantics were produced, more than half of them remaining in the U.K., corrosion took its toll so it is a rare sight on British roads today. What a joy to see all these immaculate examples at the BMC & Leyland Show, Gaydon. Maybe I am too much of a romantic but I felt that I had to share this photo with you. 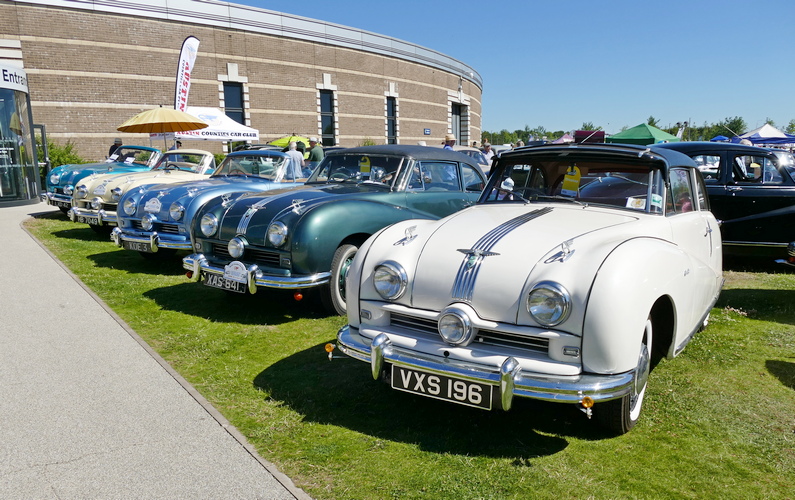 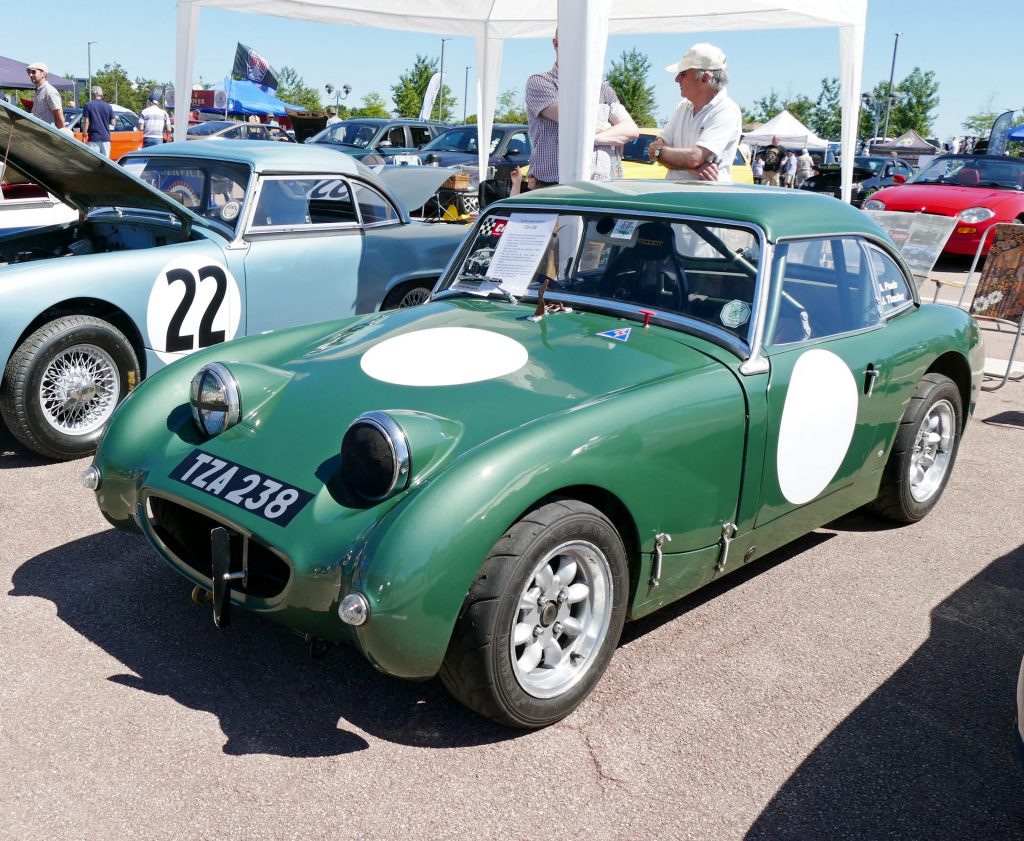 Austin Healey Sprite Mk. I raced and rallied by Alec Poole – 1962 – 64. Rebuilt in 1965, this Mk I Sprite to be fitted with a 1275cc engine and Minilite wheels. Still being campaigned 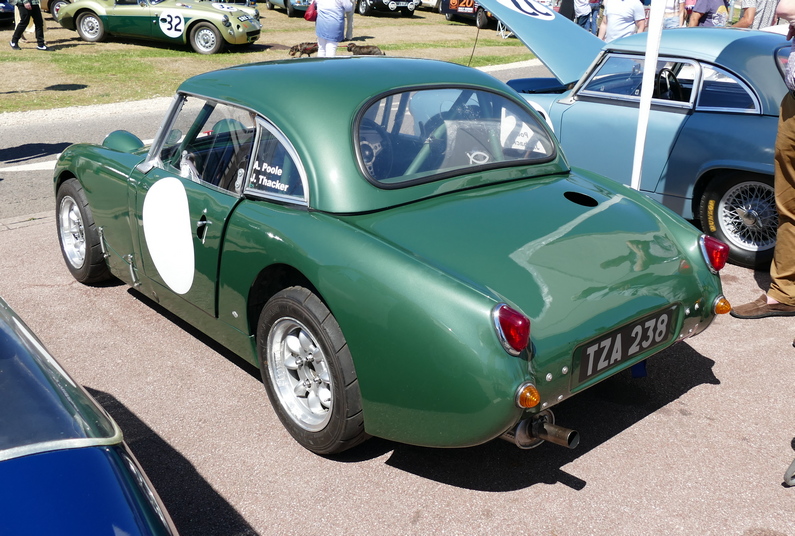 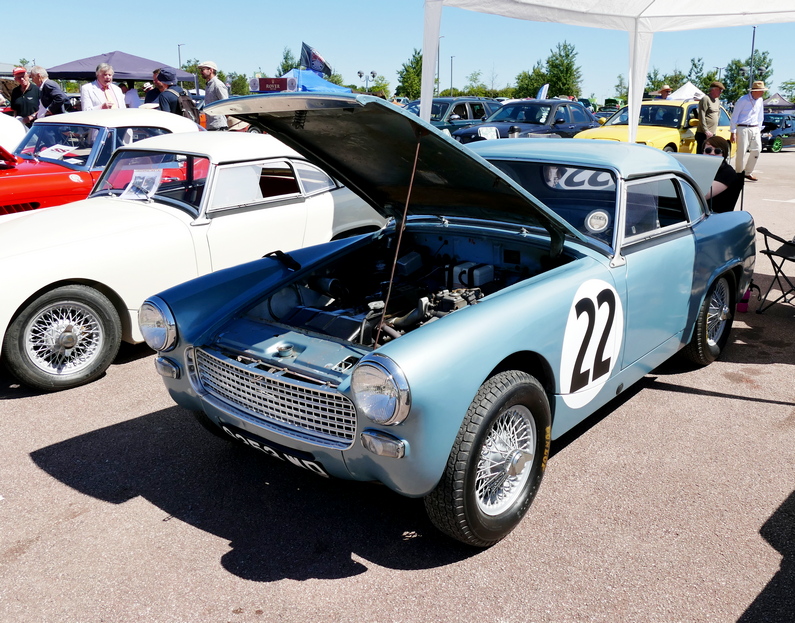 1962 AH Sprite Mk II, one of four “Works” cars entered into that year’s Sebring 3 hours race. This car was driven by Pedro Rodriguez. 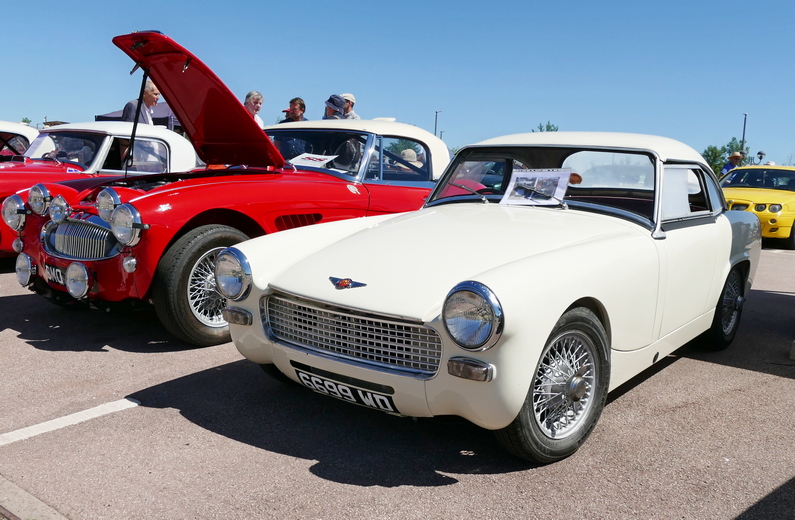 c.1962 Austin Healey Sprite Mk II. As with a number of Sprites, this car was shipped to DHMCo., Warwick (hence the ‘WD’ registration) immediately after leaving the production line at Abingdon. At Warwick, it would have had “performance” parts and other accessories fitted before being handed over to its new owner. This car has been enjoyed by a number of “Club” racers and inevitably been subject to various levels of restorations during its long life. 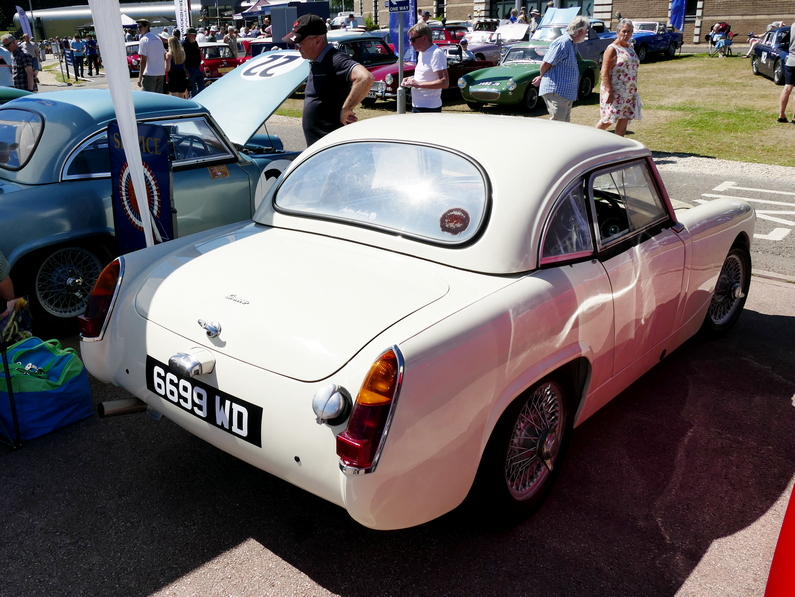 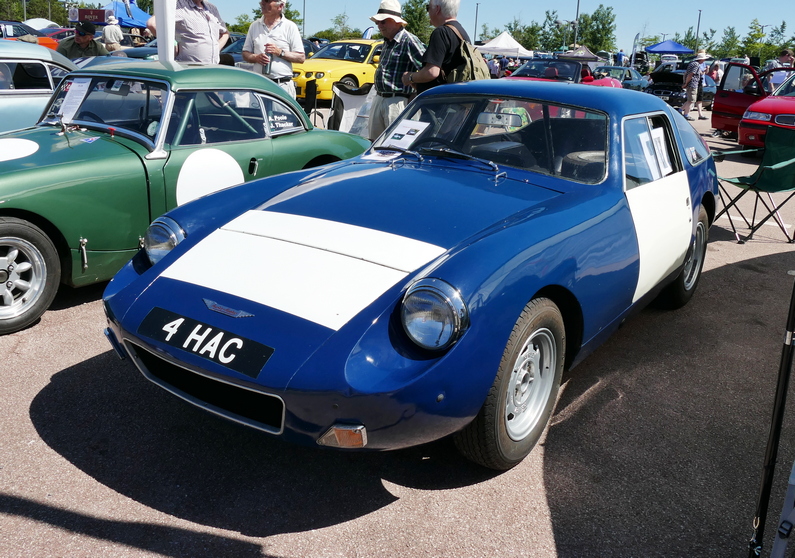 1967 Austin Healey Sprite Mk. IV “Streamliner”. One of ten alloy-bodied cars built by DHMCo. with the idea of encouraging BMC/BL to put this design into production. This particular car, after being sold by DMHCo. to a private customer was campaigned by Richard Budd. Another great looking Sprite. 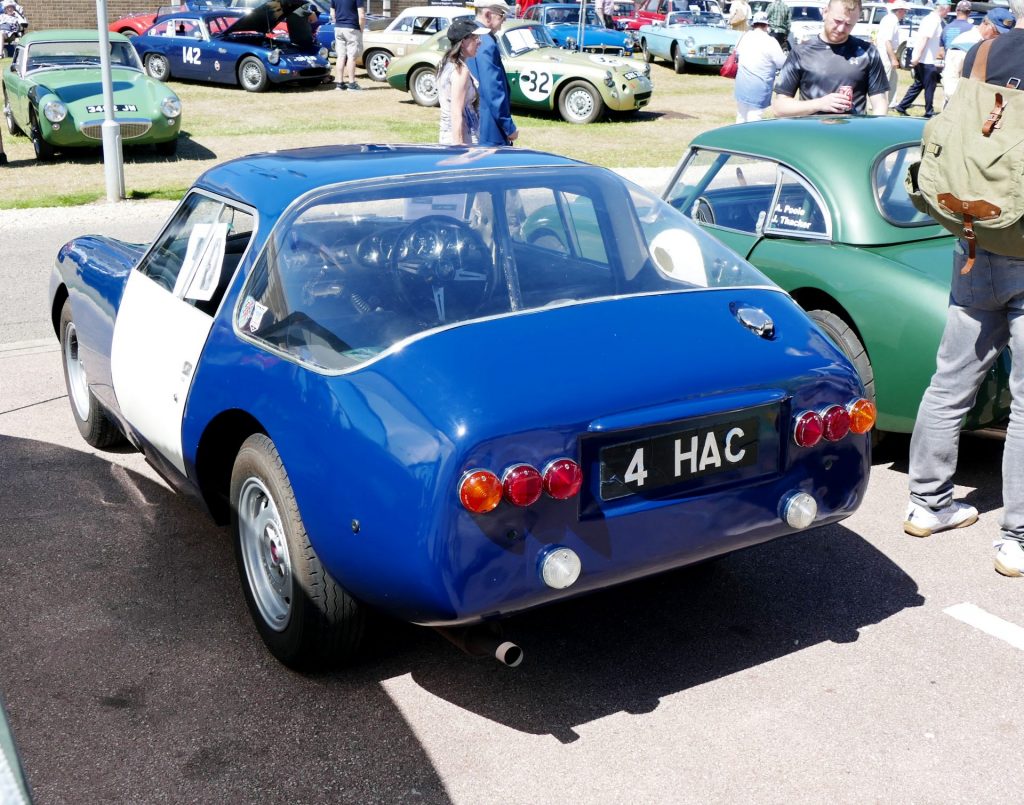 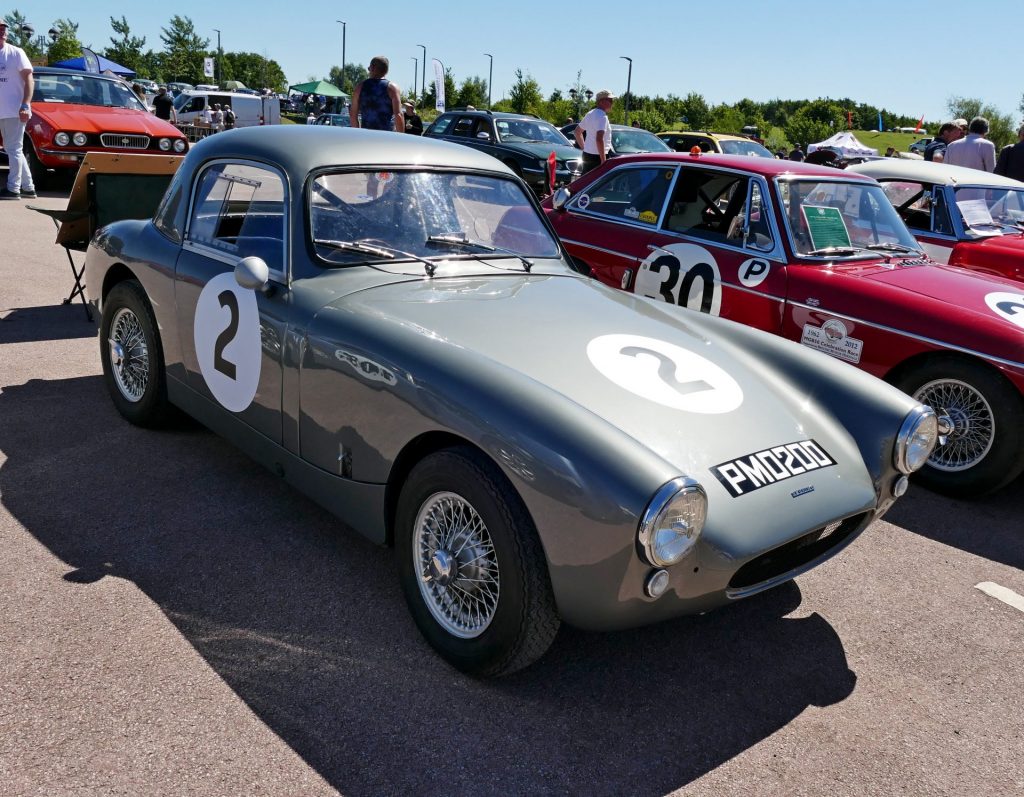 This “original” John Sprinzel Sebring Sprite PMO 200 is currently owned by Paul and Sharon Woolmer. “Original” is a difficult word to use for a car that is around 60 years old. It has been rebuilt on a number of occasions but retains many of the original components of the JS car first registered with this number. Replicas have been built even carrying the same registration number and owned by JS himself. Whatever, a really lovely car i.m.o. 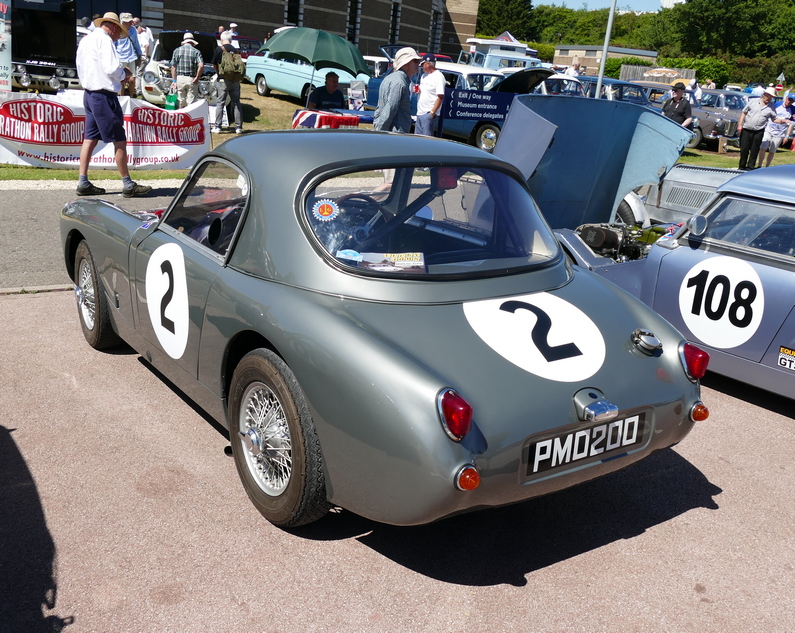 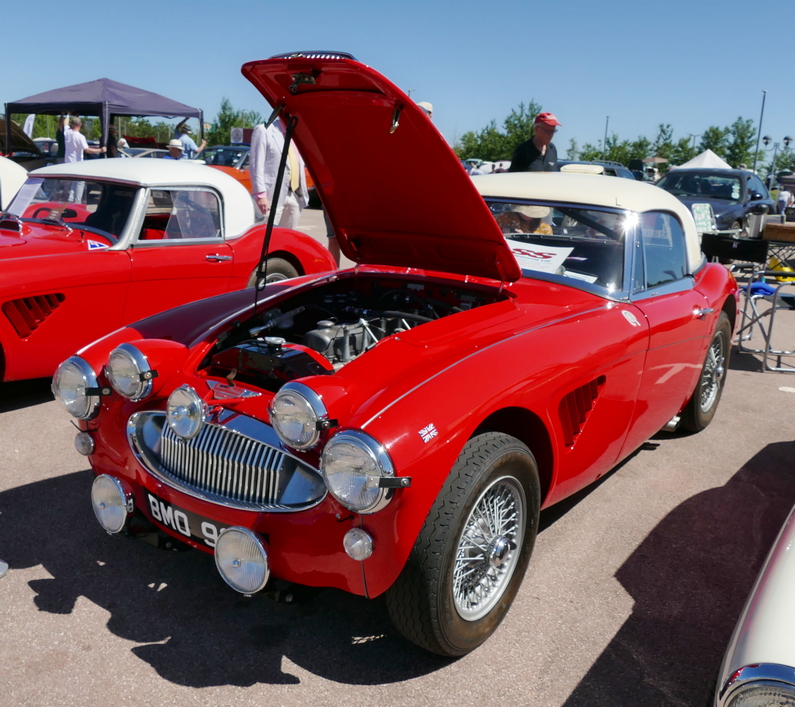 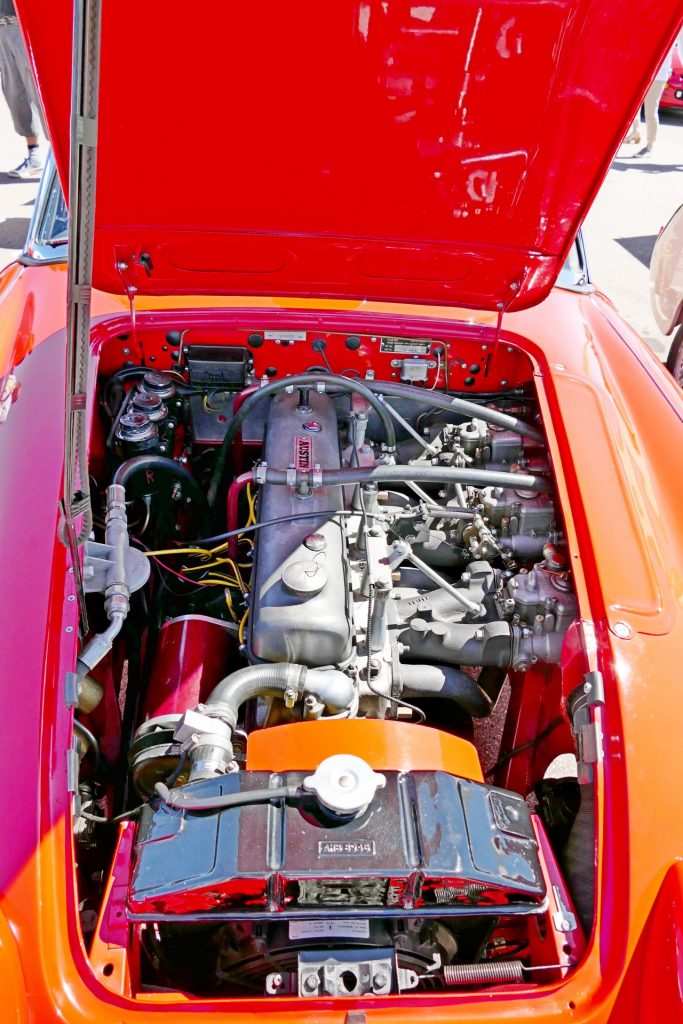 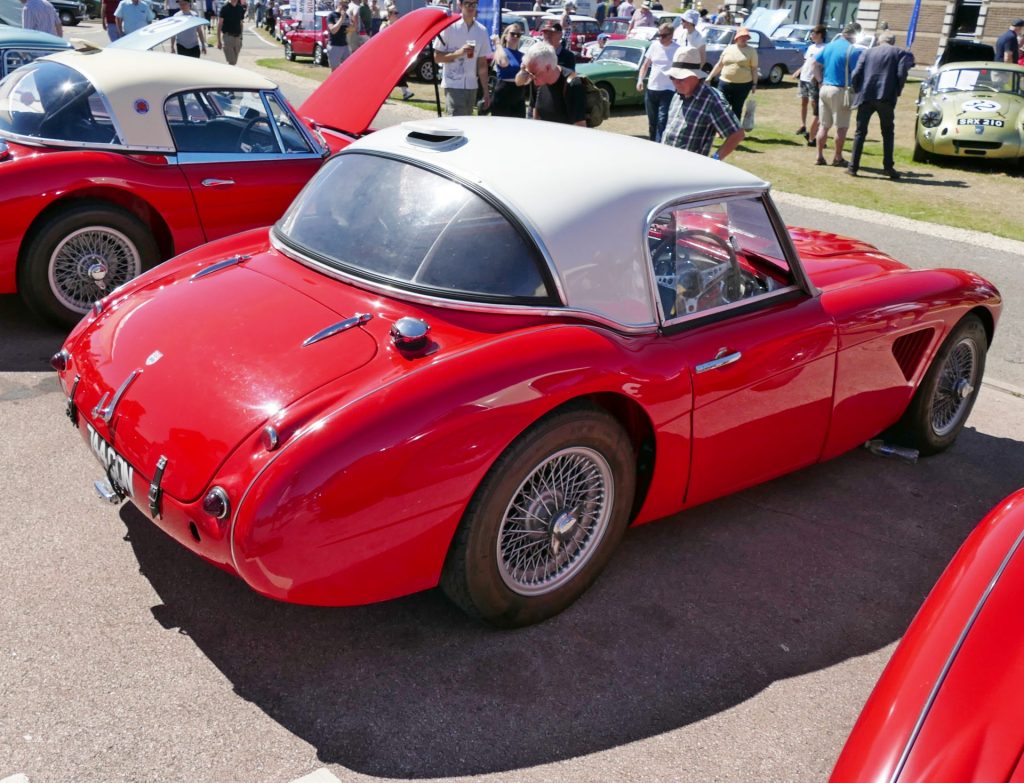 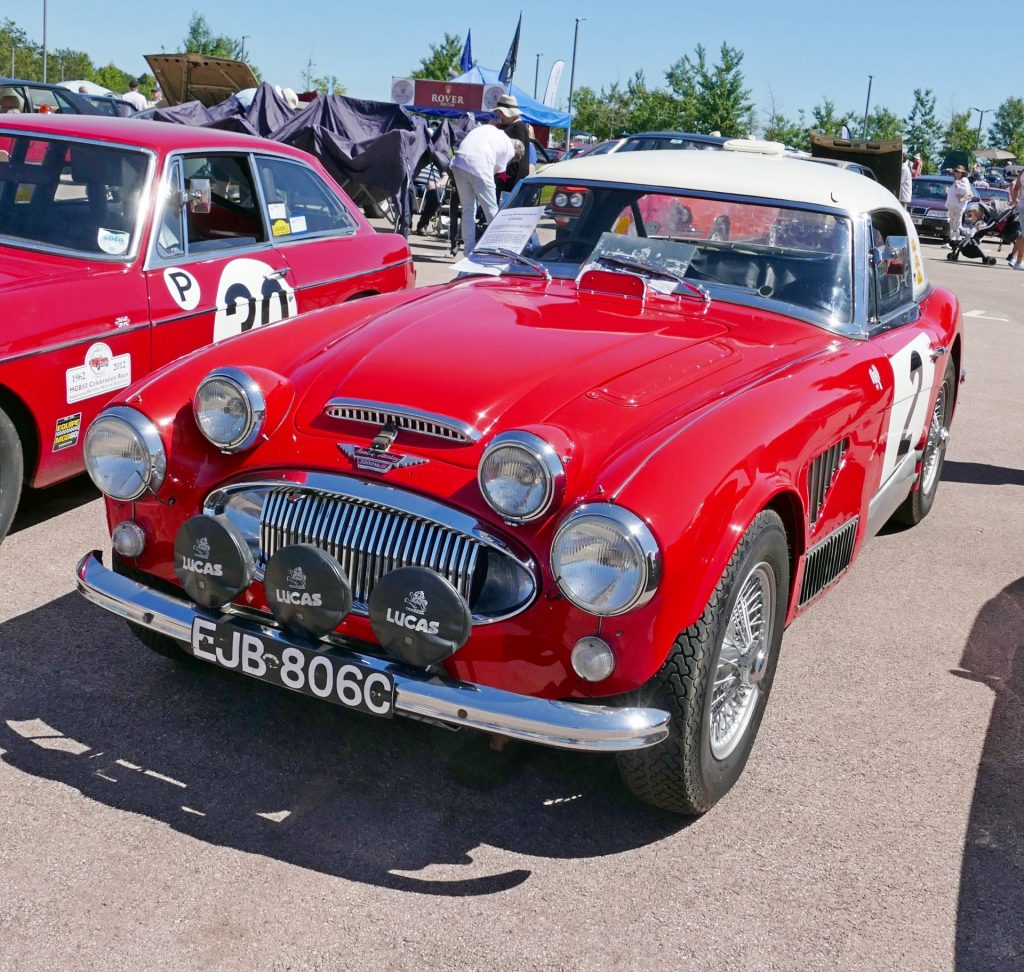 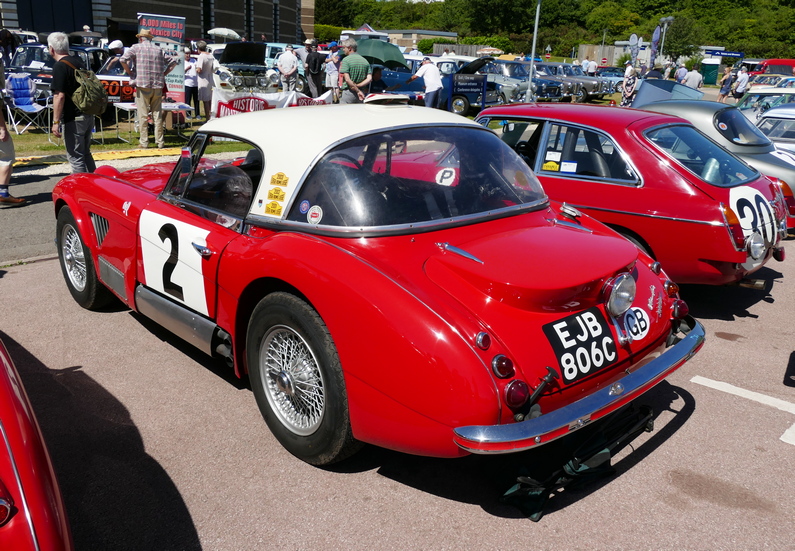 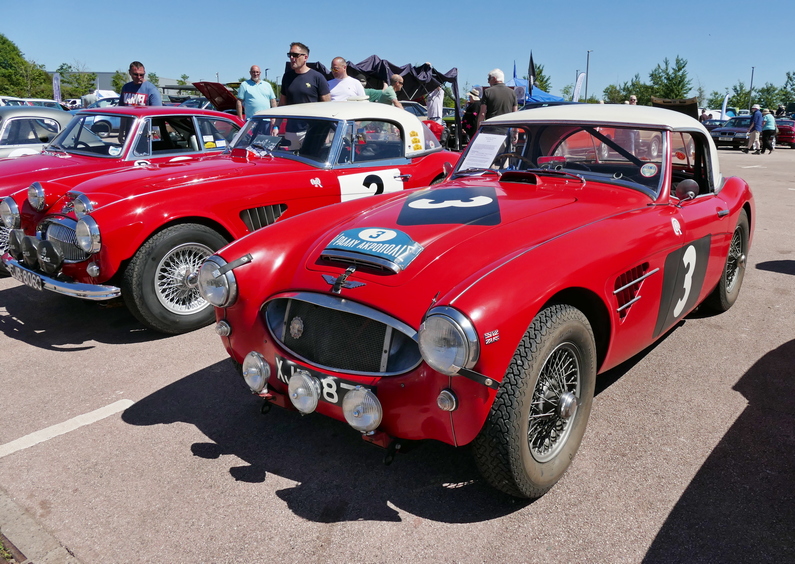 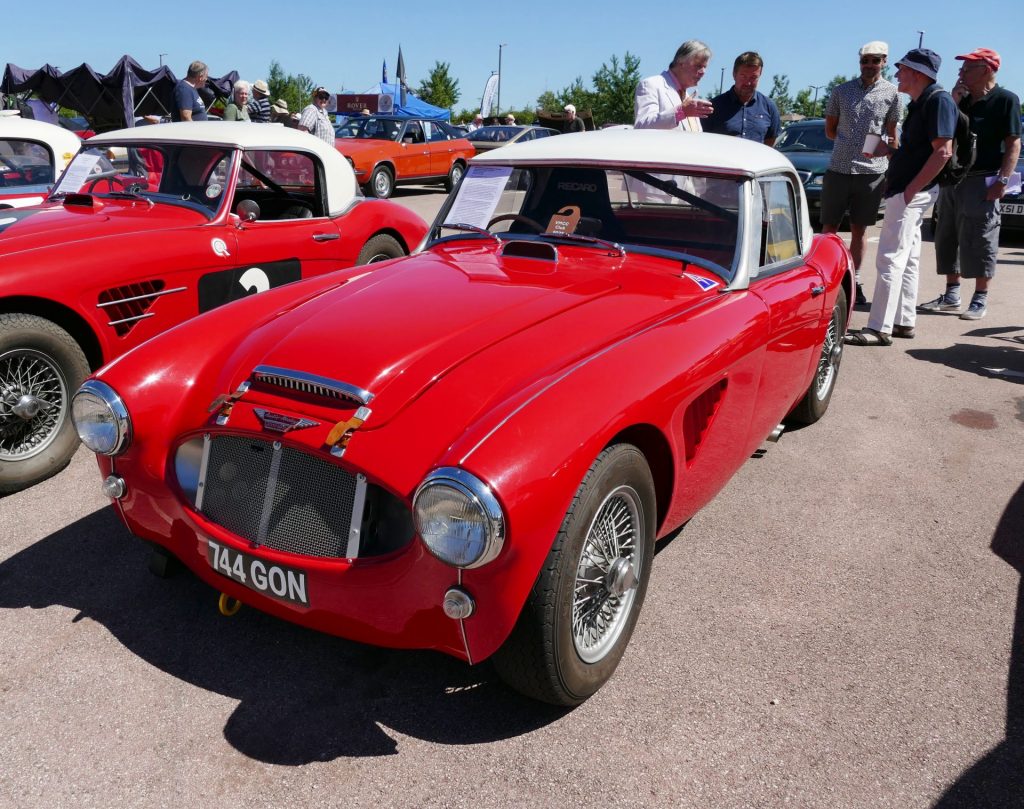 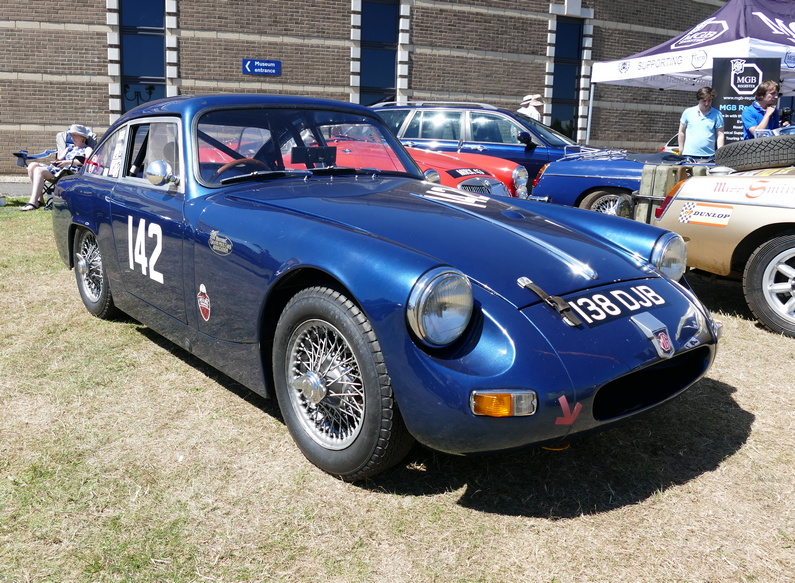 Ex John Milne MG Midget Coupe. This car was owned and prepared by the Abingdon Competitions department and loaned to John Milne to campaign, successfully, in predominantly Scottish events. The company sold the car to John for £100. 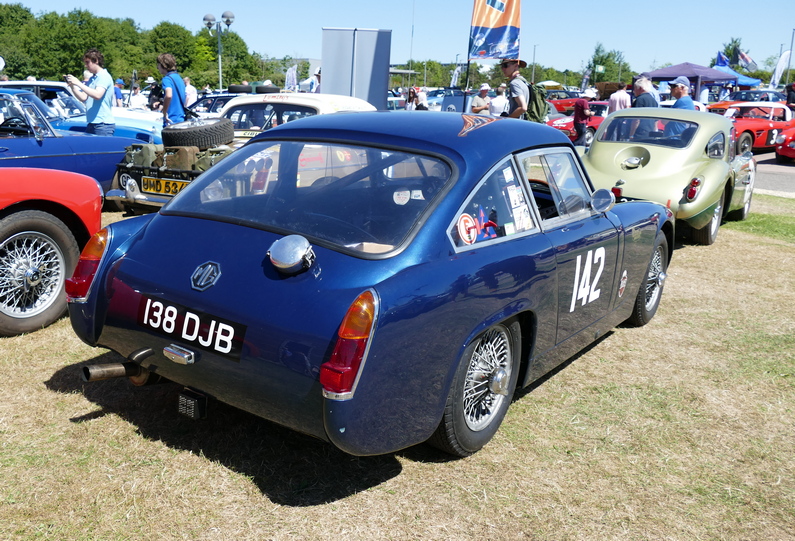 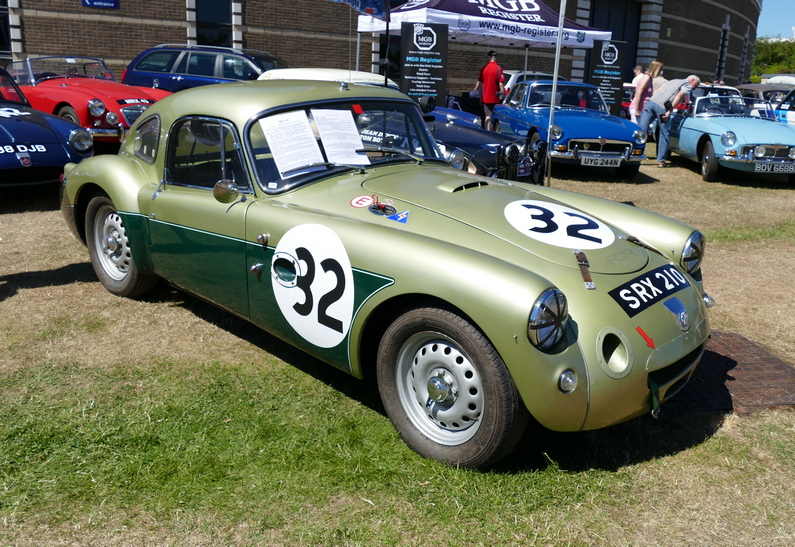 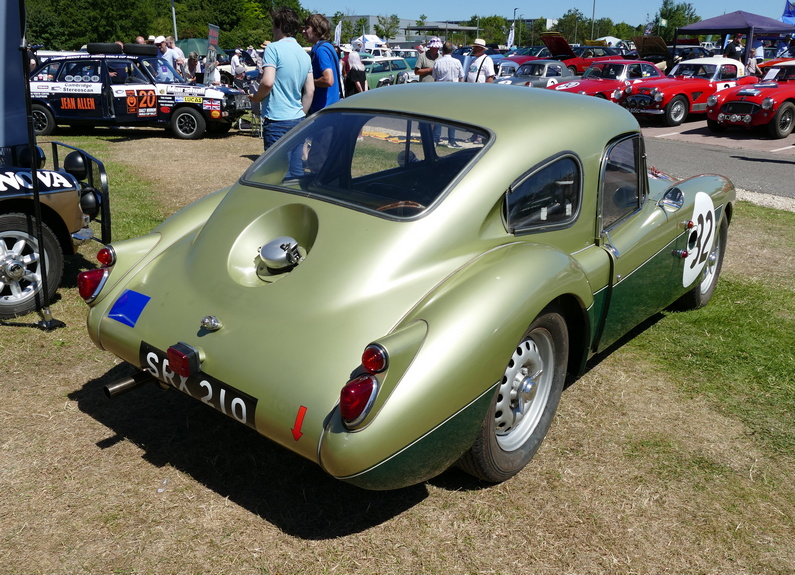 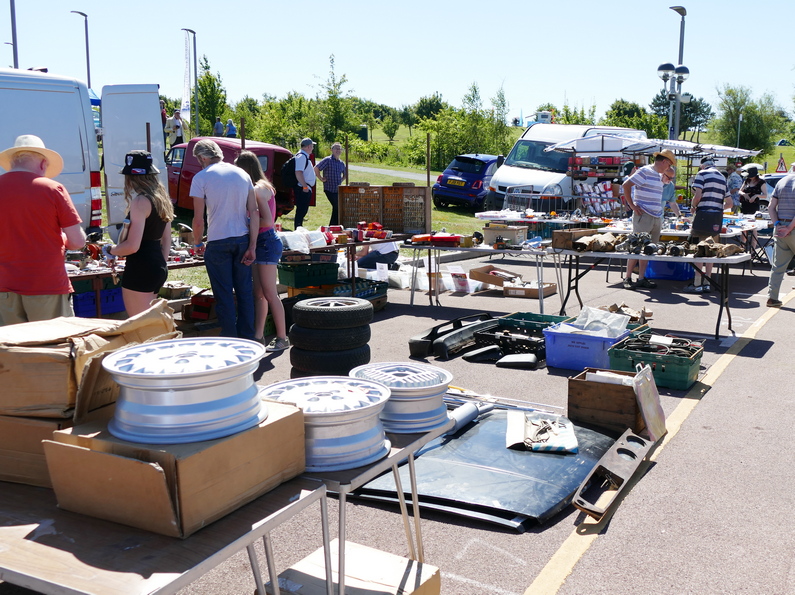 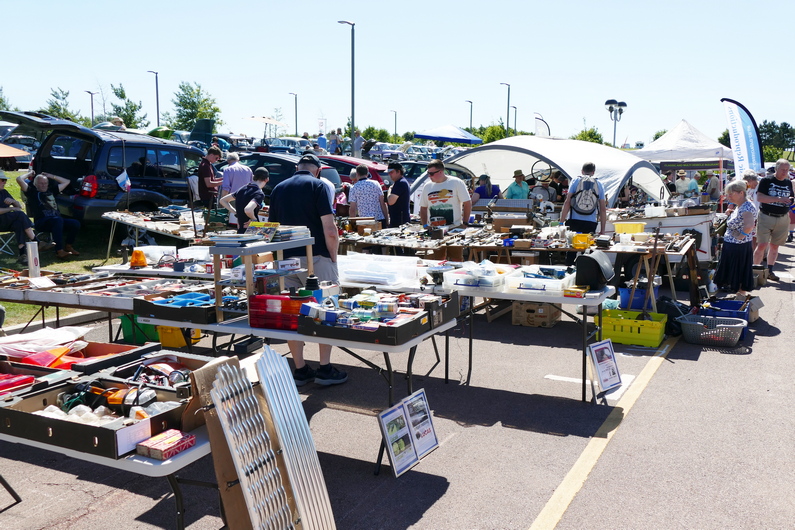 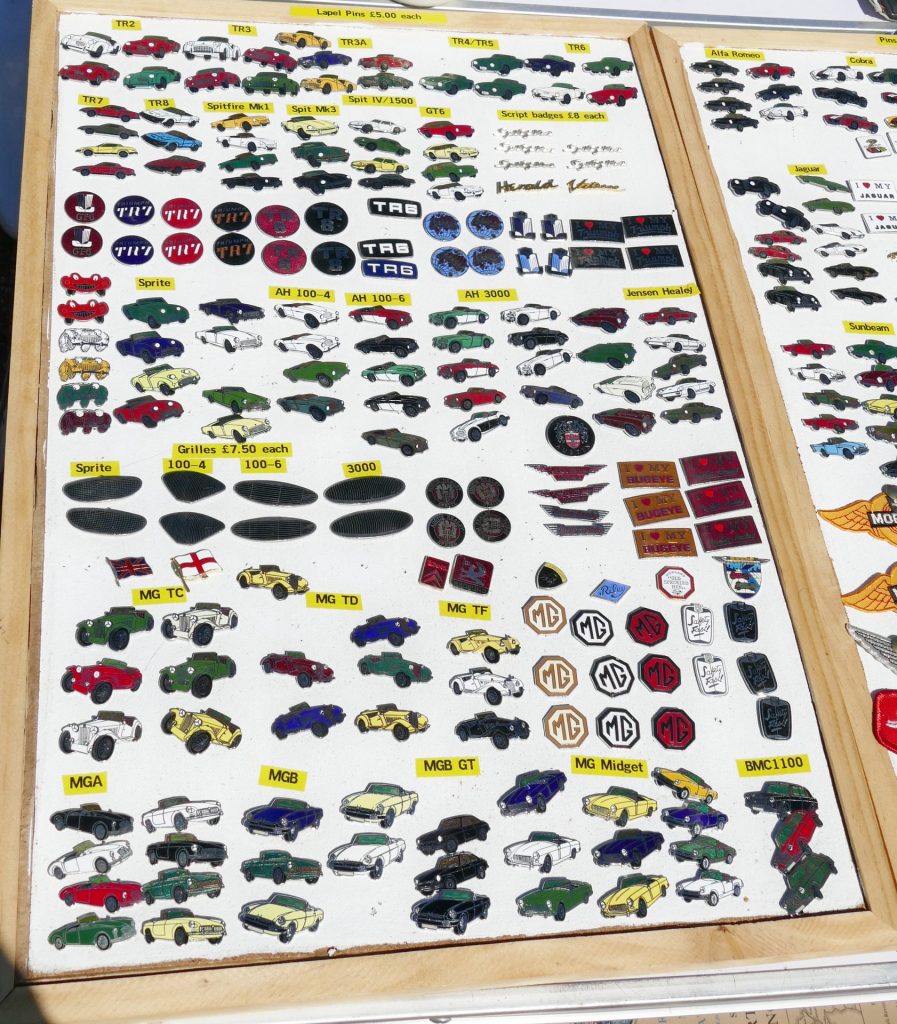 I would like to give credit to Martin Ingall for providing information, via his website – www.sebringsprite.com, on the Austin Healey Sprite cars referred to above. Also, to all those car owners who had the foresight to tape information about their cars onto the windscreens or side windows of their cars, it makes life so much easier for people like me.