I am sure that I don’t have to tell you that Coronavirus is taking its toll on the Classic Car world with event after event having to be cancelled. Of course, this is a relatively small price to pay if it means that the dreadful disease can be conquered and the number of deaths kept to a minimum.

I am going to have to rely upon some of my associates in order to bring you a small offering of Classic Car fayre. I received these snippets in my “inbox” this week and I thought that, in lieu of anything else, I would share them with you.

The first is from Redline Restorations of Bridgeport CT. USA. They took their newly restored Chaparral Mark 1 racer to show off at the Amelia Island, Silver Anniversary, Concours D’Elegance event held in the grounds of the Ritz Carlton Hotel.

For those of you who may not be aware of the Amelia Island Concours, here is a little background –

The Amelia Island Concours d’Elegance was founded in 1996 by Bill Warner and other prominent classic car enthusiasts residing in and around Noth East Florida. They had seen how successful the Pebble Beach Concours had become, putting the Monterey area of California on the World map for Classic Cars: they wanted to do something similar for North East Florida. Bill was well equipped to lead this task, since 1971 he has been a photographer and writer for Road & Track magazine as well as running his own business and being an avid collector of classic cars. But right from the start the Amelia Island Concours was not just going to be about classic car owners and enthusiasts getting together for a good time, it was going to be a fund raiser for charities too. The first charity to benefit was Community Hospice of Northeast Florida, which had provided service to Bill’s parents and wife. The first event was held on April 6, 1996, at the Ritz-Carlton Hotel, Amelia Island, where it has been held ever since. Warner assembled a group of 163 cars and attendance was around 2,200. By 1999 attendance had increased to 8,500 with 205 cars on show and $268,000 raised for Community Hospice. During its twenty-five year history, over $ 3.5 million dollars has been raised for Community Hospice, Spina Bifida of Jacksonville, The Navy-Marine Corps Relief Society, and the Shop with Cops Program of Fernandina Beach and Nassau County (FL).  For his charitable work, Bill Warner was recognized by The Rotary Club of South Jacksonville with the Frank Sherman Award; the WTLV Channel 12, Twelve Who Care Award; the National Philanthropic Award as Volunteer of the Year (1998) and the American Institute for Public Service, Jefferson Award. Great and merited achievements indeed but I am sure that one of the greatest pleasures Bill and his fellow founders get, every year, is to see the smiles on the faces of the thousands of enthusiasts who attend, either to display their cars or to drool over them. I am pleased to say that I was one of the droolers in 2016.

This March, Amelia Island Concours D’Elegance celebrated its 25th anniversary. Redline Restorations has been invited to participate in the event  – and we brought something cool with us! Check out our freshly restored 1961 Chaparral Mark I race car and some other gems or automotive industry that graces the greens of the Ritz Carlton Golf Course at Amelia Island. 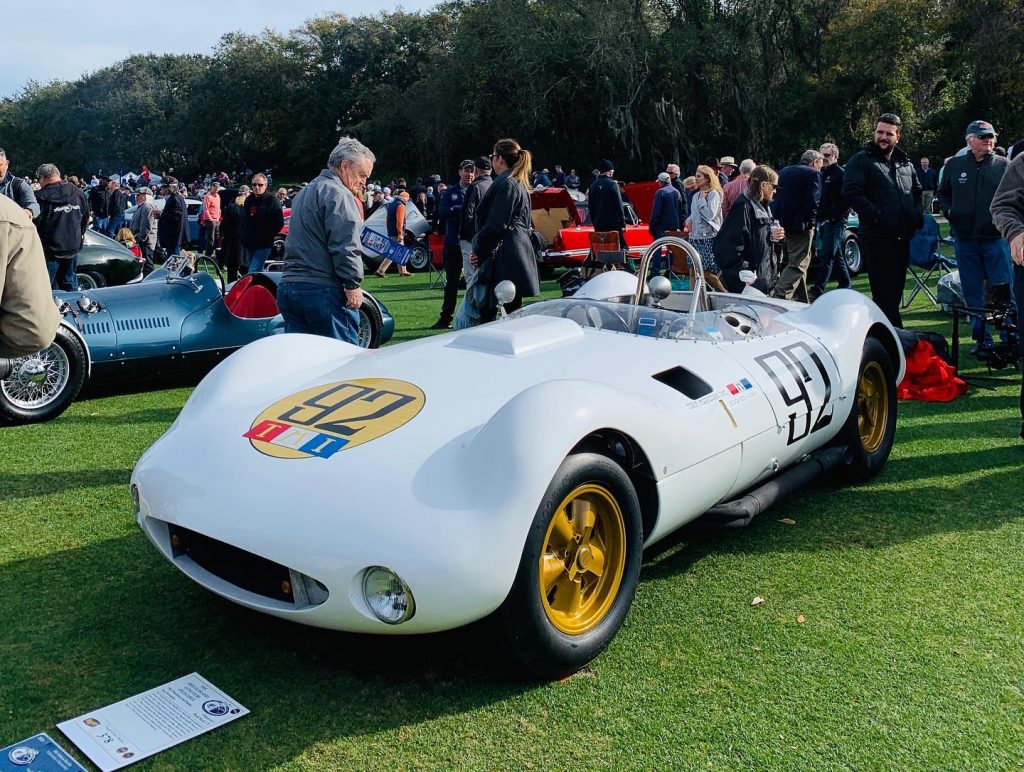 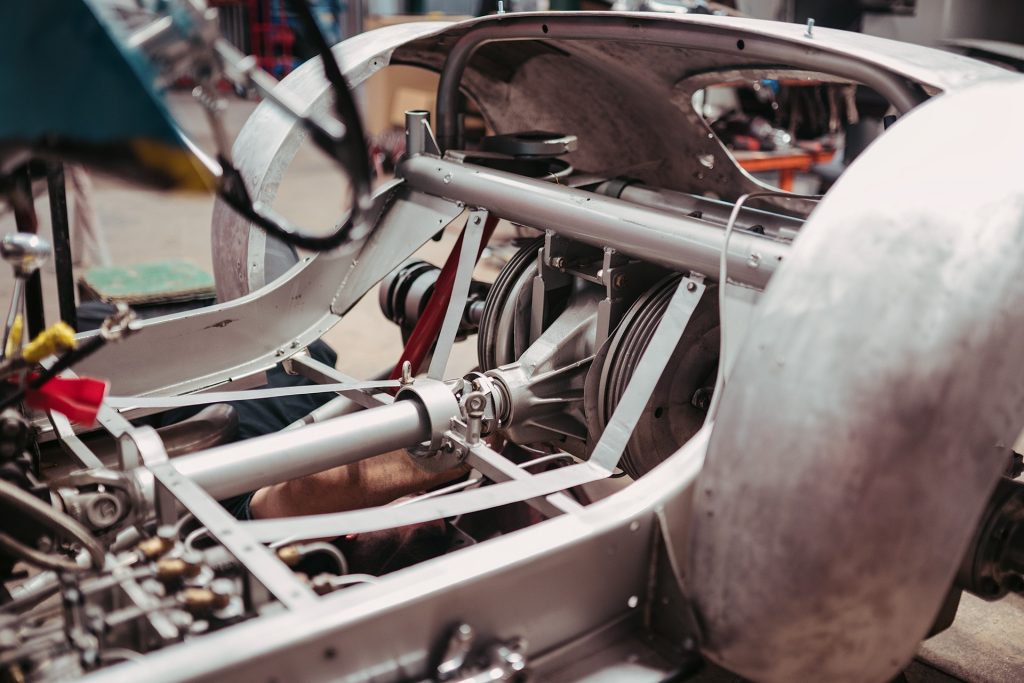 At the restoration stage.

Other cars at the 2020 Amelia Island Concours, photographed by Redline Restorations staff – 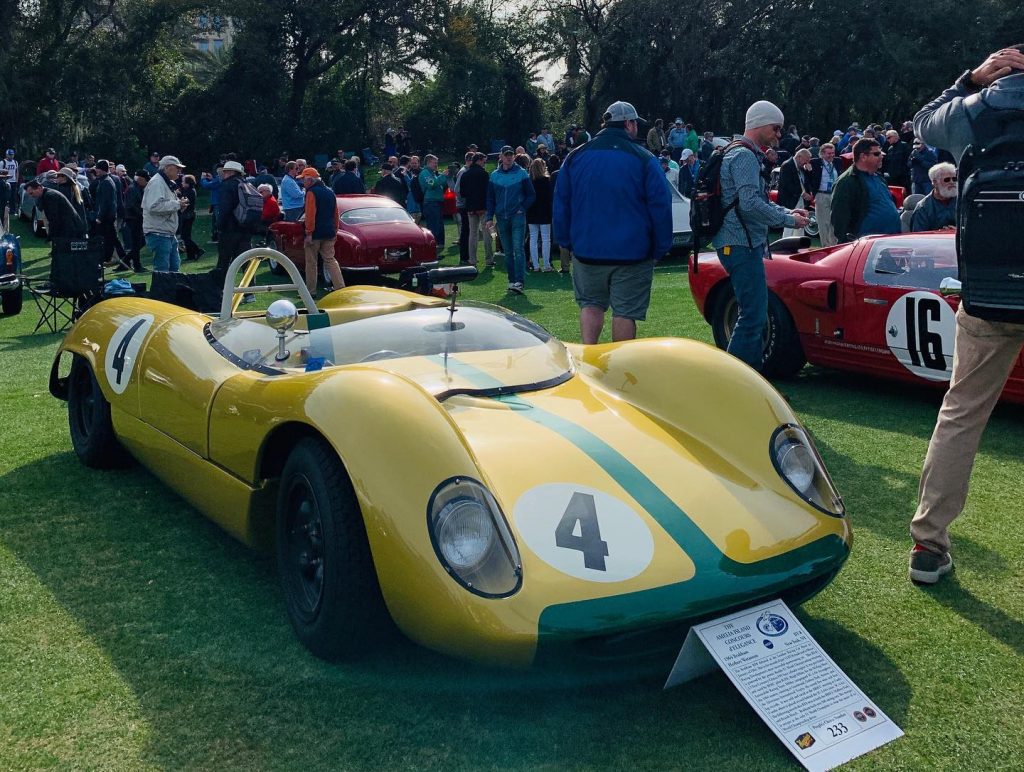 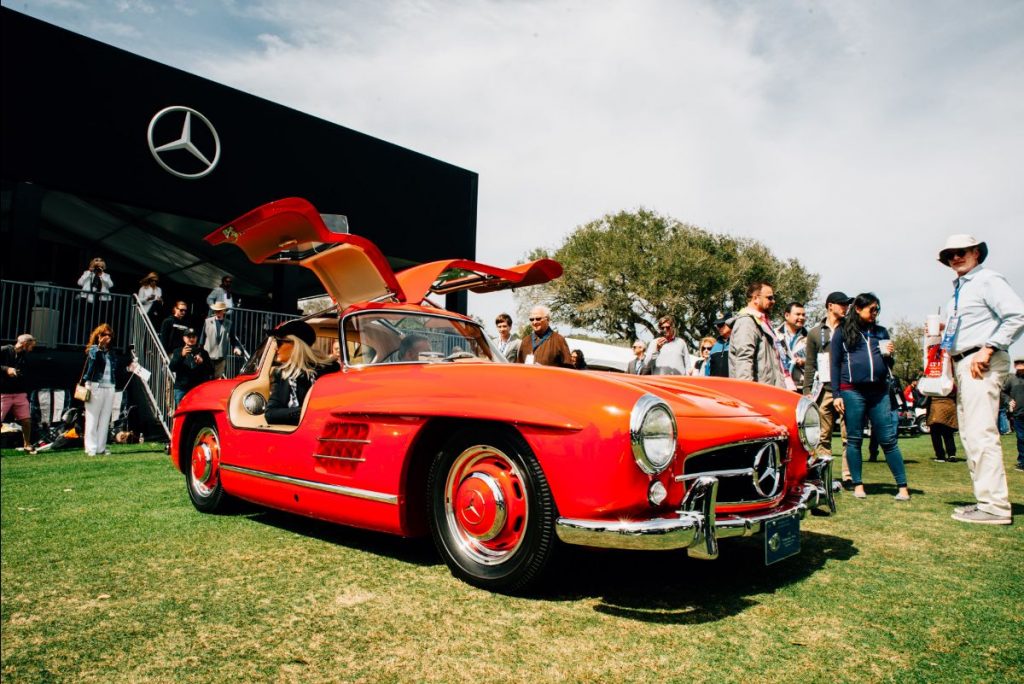 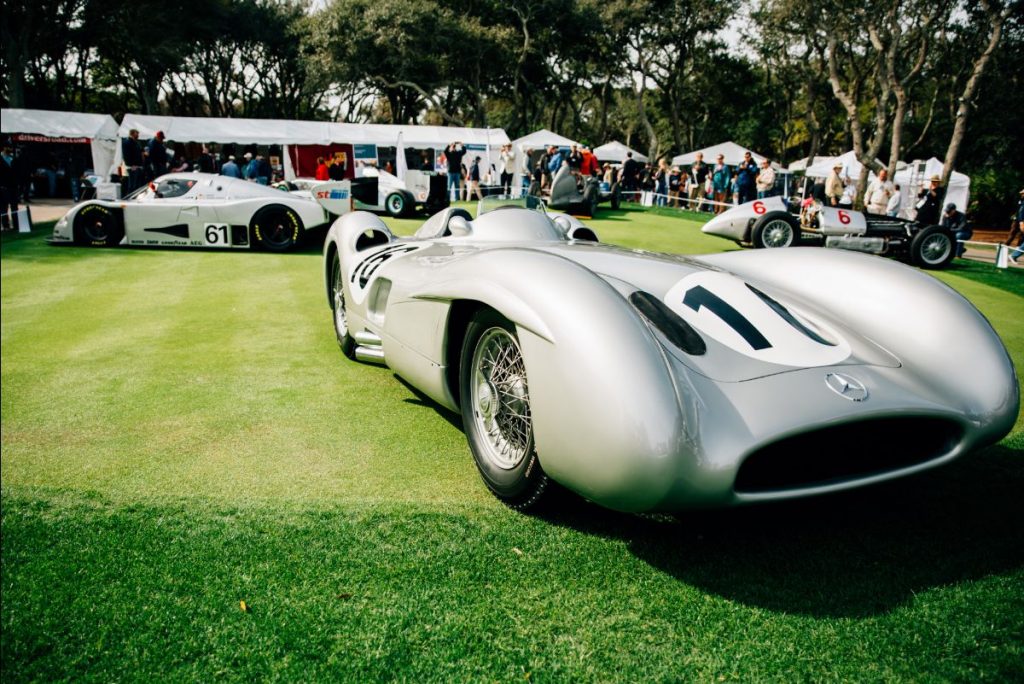 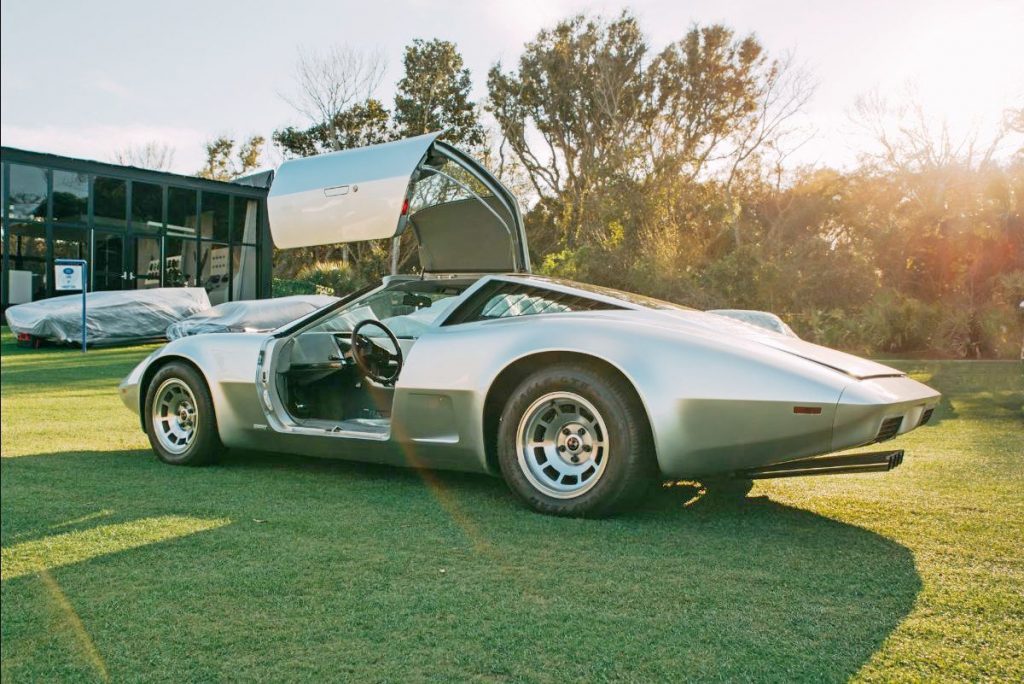 Not Identified. Do you know what it is?

I have received a couple of notifications saying that despite the Coronavirus pandemic Classic Car auctions will be taking place – with appropriate restrictions. They are – 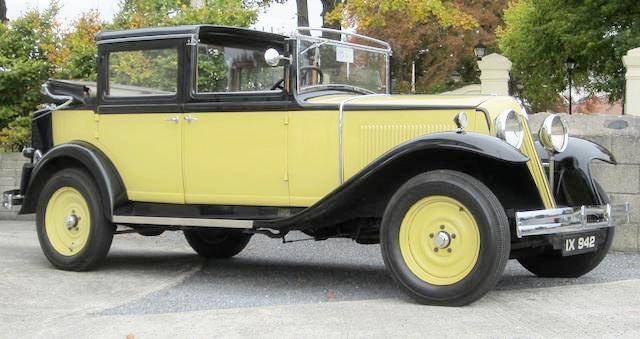 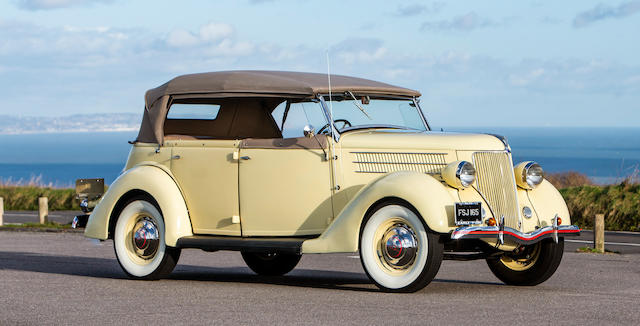 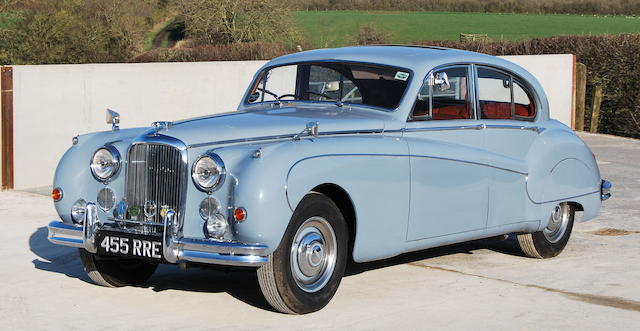 Bonhams Goodwood Members Meeting. Here are a few of the cars consigned – 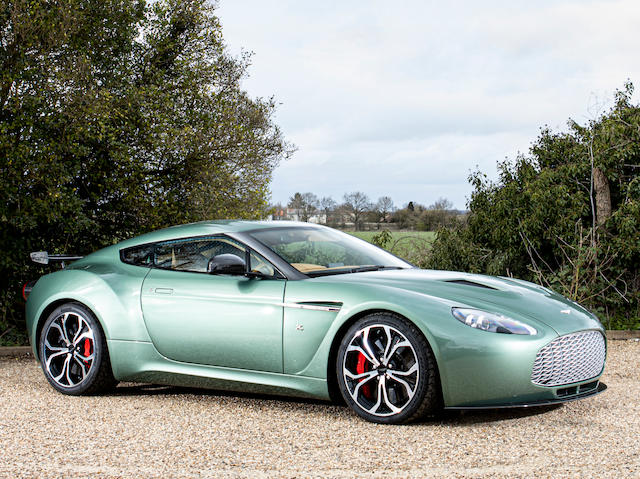 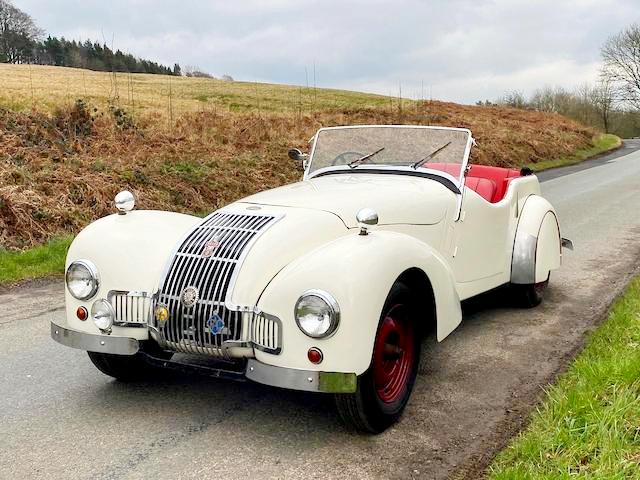 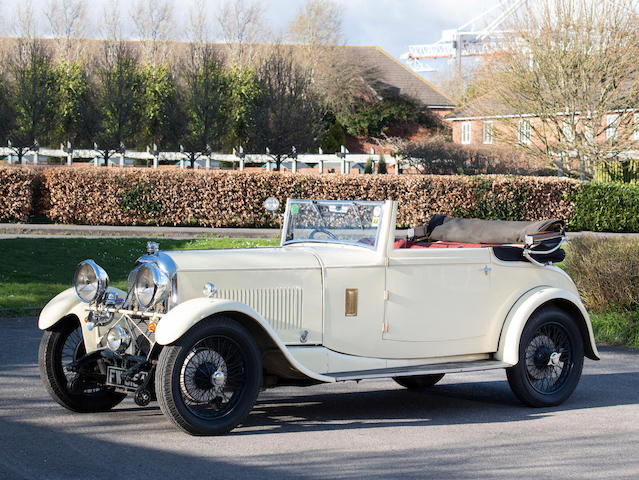 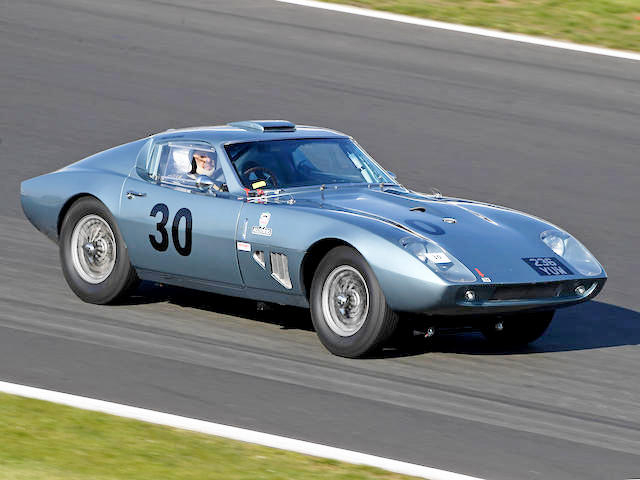 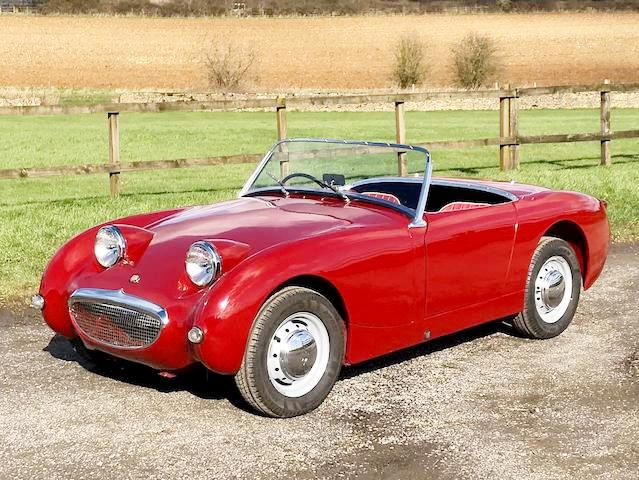 Some news from our friends at Revolution Race Cars –

Revolution Race Cars has unveiled an innovative ‘double-halo’ for their latest A-One sports prototype racer.
Inspired by the head protection structure mandated in Formula One at the beginning of 2018, Revolution’s version is the first ‘halo’ type structure to be developed for a two-seater sports prototype car.

The structure bolts to Revolution’s advanced carbon-fibre monocoque chassis. This is made with an energy-efficient infusion process and was built to accommodate two people comfortably, making the A-One ideal for driver training and corporate driving experiences.  Both the ‘double-halo’ and the chassis are compliant with the latest FIA Article 277 safety standards. The ‘double-halo’ is manufactured from 50.8mm diameter ROPT510 seamless tubing, exceeding the FIA minimum diameter requirement by over 12%. 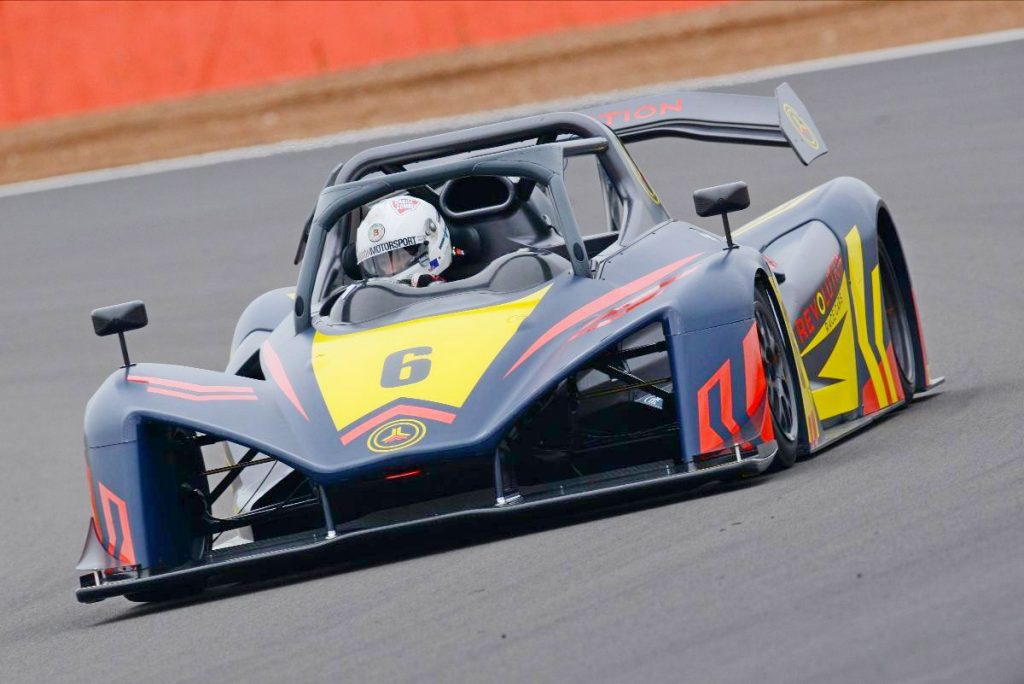 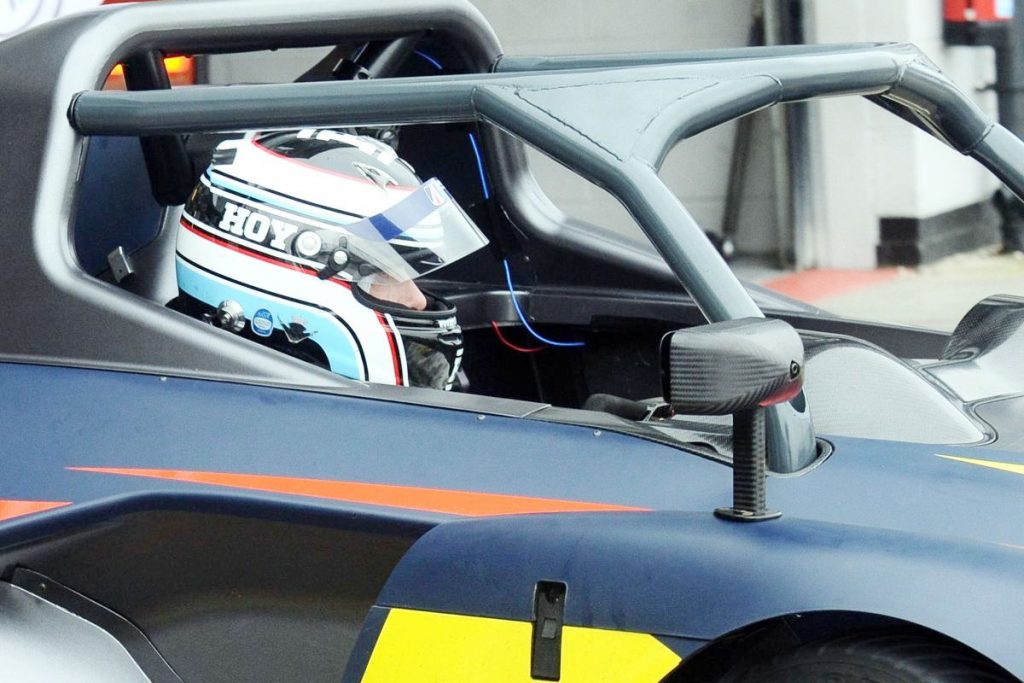 And last but certainly not least – a video from Specialist Vehicle Associates (SVA), of which CSI (CarSceneInternational) is proud to be a member –