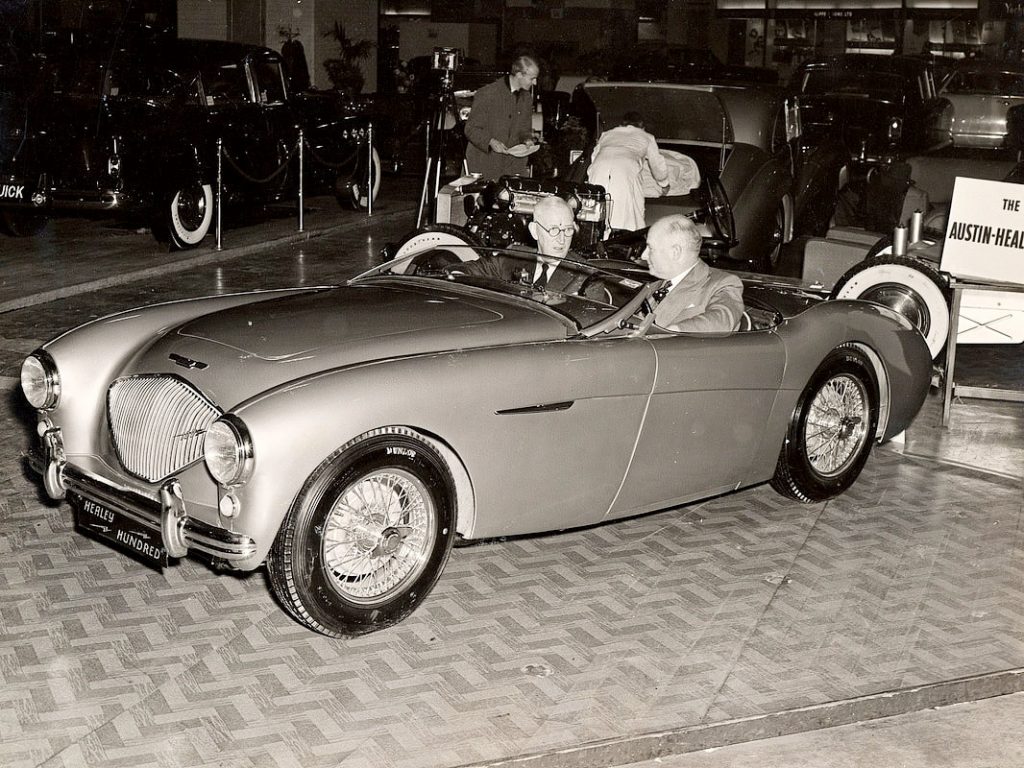 Leonard Lord and Donald Healey sitting in the Healey Hundred at the 1952 London Motorshow.

The story of how Leonard Lord, managing director of the Austin Motor Company Ltd., stumbled across the Healey 100 being displayed on the Donald Healey Motor Company’s stand at the October 1952 London Motor show, is one of the most famous of all automotive legends. Personally, I don’t think that it was as accidental as some historians would have us believe, after all, we know that Jensen had been asked to submit a design for an Austin sportscar around the same time and the Healey 100 used an Austin A90 engine and front suspension; no coincidence there then!

Whatever, Leonard Lord was smitten, he wanted Gerry’s (Cocker – the car’s stylist) and Donald’s Healey 100 to carry an Austin badge and the deal was done. One of the world’s most attractive and affordable sports cars was launched and the orders came flooding in, particularly from the U.S.A. which was the original objective. Success all round, shortly to be underpinned by record breaking and race track successes.

That momentous meeting between Donald Healey and Leonard Lord sees its 70th anniversary in October 2022. Seventieth anniversaries are not normally celebrated to the same extent as, say, 50th and 100th anniversaries. However, what makes the Healey 100’s 70th anniversary so special is that it provides an opportunity for those relatively few and diminishing numbers of employees and enthusiasts, who were there at the beginning, to remember and pay homage to, that great event.

HOW THE AMERICANS ARE CELEBRATING –

The ‘Enclave’ part of the event’s title is interesting because it is a fusion of the respective clubs’ annual “get-togethers”, AHCA’s ‘Conclave’ and the A-H S&TC’s ‘Encounter’. Very clever :-).

AND THIS IS WHAT THE BRITS HAVE GOT PLANNED –

The Austin Healey Club (GB) is running its ‘International Healey Weekend‘ in its now familiar format, with a weekend of activities in the New Forest and across the South Downs. The weekend (September 16 – 18) will be based in the conveniently situated Holiday Inn at Winchester, providing a central location for the planned activities in the New Forest and South Downs as well as easy access to the Motorway system for those travelling.

After arrival from 3pm on Friday afternoon and collecting their welcome packs, participants will gather in the evening for a sit-down dinner – and a chance to meet old friends and make new acquaintances! On Saturday, they will drive to the picturesque harbour at Bucklers Hard for an opportunity to visit the historic sites there and options for a boat trip up the river.  In the evening, having returned to the Hotel, there will be time to catch up during the Gala Dinner and enjoy a talk about the New Forest.

On Sunday, there will be a planned drive through the UK’s newest national park – The South Downs. 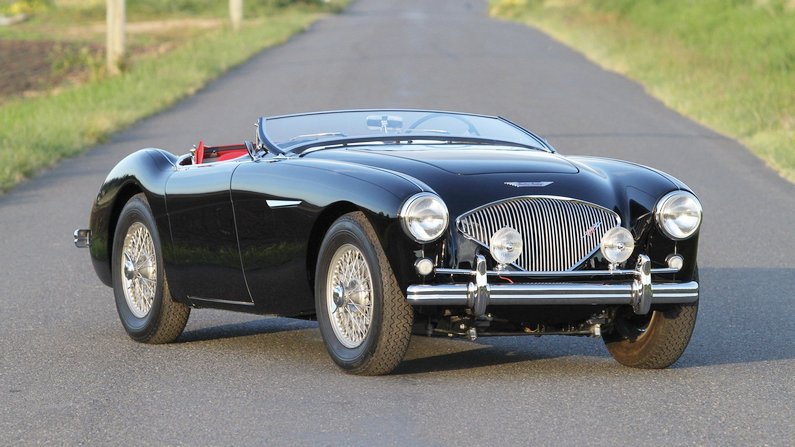 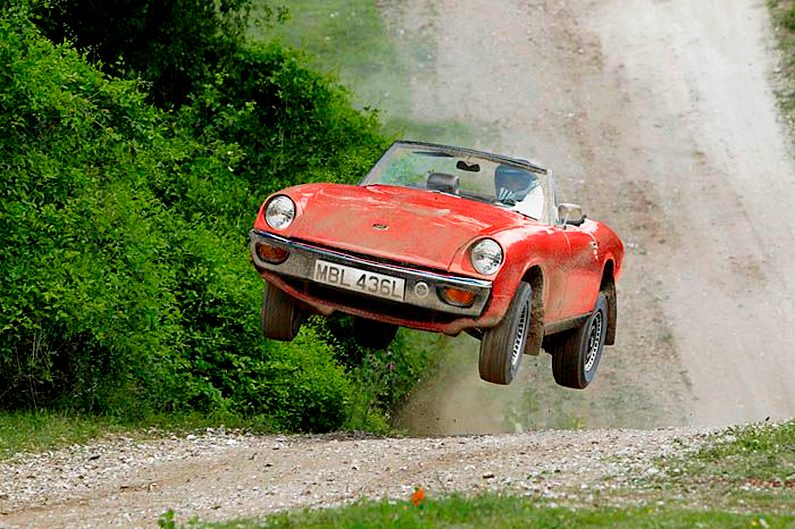 The purpose of this webpage is to provide information on events being organised to celebrate the 70th anniversary of the launch of the Healey 100 sportscar. It refers to material that is either in the Public Domain or has been supplied by authorised individuals. Carsceneinternational.com has no commercial relationship with any of the organisers or sponsors featured.