This article was originally written and published on my original blog in August 2013. It has been modified and republished for this website.

To make sense of this post it would be better for you to have read my previous post on the subject of the Austin Healey 100 (click here if you haven’t already read it).

My personal involvement with Austin Healeys apart from working as a junior draughtsman at Jensen Motors when the bodies for the Austin Healey 100 was being built there, is fairly light. I did own a brand new Austin Healey Sprite Mk. IV in 1968.

I have also like the Sprite models but I liked the simplicity of line and mechanical layout of the Mk. 1 best. So I was delighted when that model was updated by Keith Brading’s Frogeye Company based in the Isle of Wight. Some purists may consider this car to be “beyond the pail” because it is not original but I saw it as a logical development of the original and so dis Geoff healey who gave it his blessing. I liked the idea of a fibreglass body which eliminated one of the orginal car’s major weeknesses – it’s vulnerability to rust! 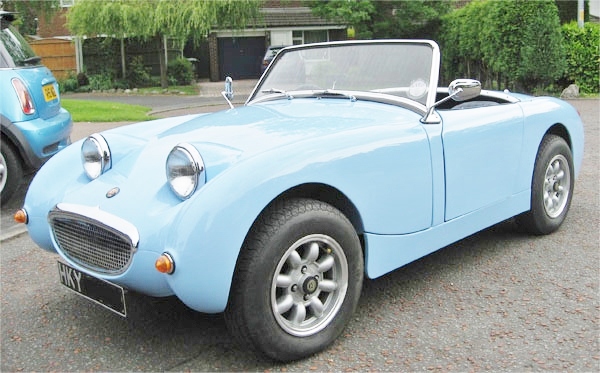 Magazine Article
In 2012 a friend of mine, who was aware of my recent interest in Healeys, gave me some old @Classic and Sports Car’ magazines that contined articles about peoples’ experinces with Austin Healey 100s and 3000s. The articles made fascinating reading. The March 1995 edition carried an article written by Mark Hughes,a journalist, driving an AH 3000Mk.III from the Cape, Warwick, where the healey Motor Company was originally based, to Cornwall the county of Donald Healey’s birth and retirement. The car shown on the cover of the magazine, had been loaned to Mark by Rob Hill of AH Spares, Southam, Warwickshire. 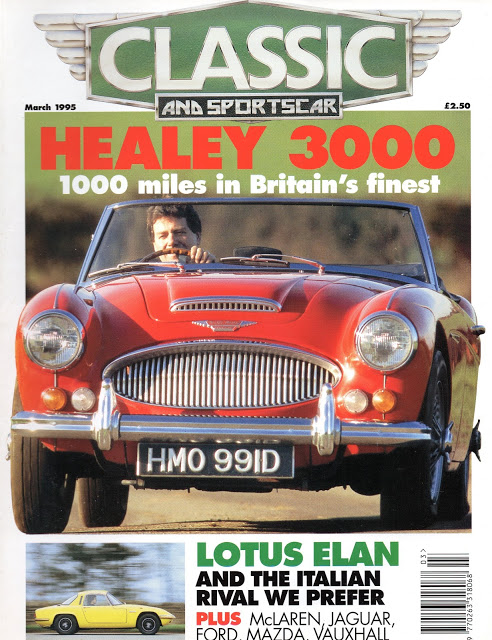 Mark’s journey began at the, then, derelict former premises of the Healey Motor Company at the Cape, Warwick. He was guided around the site by Jon Everard, owner of JME Healeys the Healey restoration specialists.

After reading the article i conducted some internet research and discovered that in 2008 Jon Everard was able to move JME Healeys into what was left of the old Healey factory at The Cape. This was a most significant move, one which I would think the whole Healey family, existing and passed would have been delighted by. Healeys buing rebuilt from the ground up on the site where it all began, fantastic!

Sadly, it wasn’t all good news, my research revealed the Jon died unexpectedly at the early age of 63 whilst on holiday in Spain in 2010.

Having discovered that part of the old Healey Motor Company premises was not only still standing but being used to refurbish Healey and Austin Healey cars I decided I would go and have a look for myself. I did this on Wednesday 13 August 2013. It wasn’t a difficult task for me because I only live twent minutes drive away.

It is not a particularly prepossessing location and unless, like me yoy were deliberately looking for it you could easily drive past without noticing. In fact I have to say that my attention was taken more by their next door neighbour, Autotech, because of the array of exotic German cars parked in front of its building.

I eventually parked my car close to the JME Healeys premises nad walked across the road to see what I could find. At first their was no sign of any human, the offices were unoccupied, then I caught site of a man at the far end of the workshop. he was attending to what turned out to be a virtually completed restoration project.

The man introduced himself as Paul, he told me that he had been with JME Healeys for thirty years and thoroughly enjoyed his job. I gave Paul a copy of the Austin Healey Club of America’s 2013 calendar which Reid Trummel, editor of the club’s magazine ‘Marque’ had sent to me earlier that year.

he was delighted with it and started thumbing through it straight away. his eyes immediately alighted on the photograph of the car used for February, which was greenish blue colour (I now know this to be ‘Florida green’) Paul said “their are not many of these paint jobs about” and then looked at the car that he had been working on before i had arrived. Yes, you have guessed it, it was the same colour! That particular car had recently been re-imported to the U.K. from California. 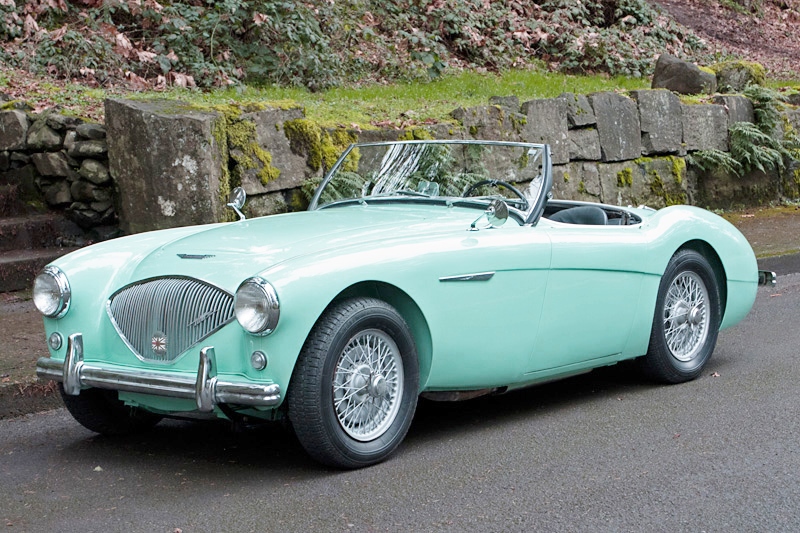 I considered that to be a good days work done. The Calendar was now in good hands, my heart had beat a little faster by being in close proximity to some cherished cars that had been part of my formative career years and I had obtained some material for a blog post. What could be better?

I was flicking through the latest copy of Classic and Sports Car magazine                                recently and saw a feature on a dilapidated Healey Tickford that is for sale at Gullwing Motor Cars, New York, USA. I checcked their website to find out more about it. This is what I found, as you will see this car is R.H.D. and has a U.K. registration. – 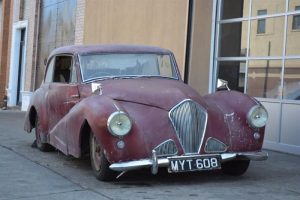 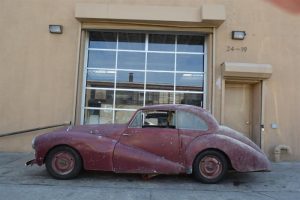 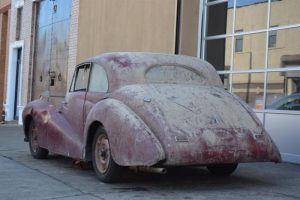 For further details on this car go to Gullwings website – 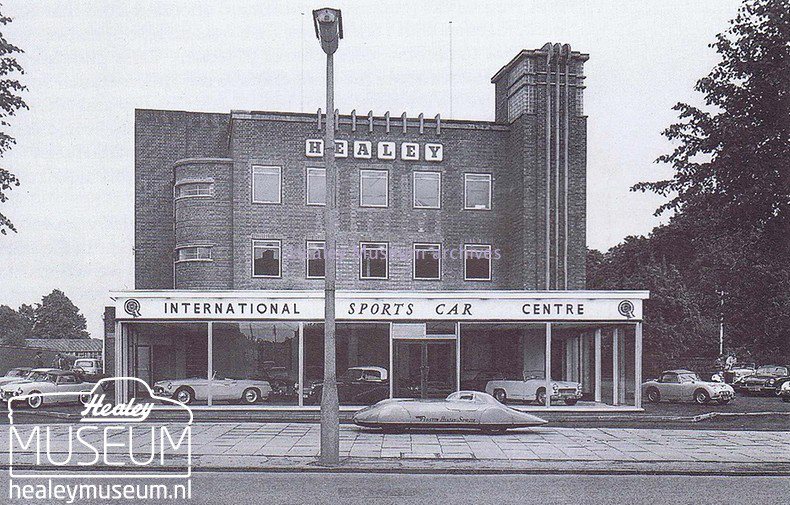 This is the old cinema in Emscote Road, Coten End, Warwick, that the Healey Motor Company moved to after the Cape. Note the streamlined Sprite world speed (class) record breaker parked on the pavement in front of the showroom.