This article has been produced for coachbuild.com

When researching for my ‘The Jensen brothers and their cars’ blog post, I discovered that their second design, after the one based on the Austin Seven, used a Standard 9 chassis and running gear. This was later developed by the Avon Coachworks, Warwick, where Alan Jensen worked for a while.

Avon or to give it its proper title New Avon Body Co. Ltd.was established in Wharf Street, Warwick, in 1919, by Mr Tilt and Captain Phillips.
Initially most of the bodies they built were for Lea-Francis, but they soon added Austin and Standard to their portfolio. In fact during the 1930’s they became most renowned for the work they did for the Standard Motor Company, Coventry. in that regard they were in competition with Willam Lyon’s Swallow (SS) company.

In 1938, the company was absorbed by the Maudslay Motor Group of Coventry and moved to the Millers Road premises in Warwick where they would remain for some fifty years.
Incidentally, this factory was only a stones throw from where Donald Healey established his company in 1945.

After WWII there were a number of management changes as a result of Mr Cyril Maudslay’s retirement. One of the consequences of those changes was that Avon discontinued bodybuilding and instead concentrated on body repairs.

In 1973 a Mr. Graham Hudson, who ran his own body repair business, bought Avon with the intention of amalgamating the two businesses. However, Avon’s reputation as a respected body builder in the 1930’s caused him to see a potential in re-entering that field of activity.

He formed a division called Avon Special Products in 1979.

At the beginning they undertook conversion work on Land Rovers and Range Rovers.
Soon after they produced the stunning Jaguar Avon-Stevens XJC convertible. Only twelve were built plus some conversion kits.

In 1980 the Ladbroke – Avon coachbulding company launched an estate (station wagon) version of the Jaguar XJ series III. This conversion was very well received by the motoring press and won a gold award for special coachwork at the 1980 Birmingham Motor Show.
The quality of the conversion was good enough for Jaguar to allow its manufacturer’s warranty to still be valid.
Among other projects undertaken by Ladbroke – Avon, in the 1980s, were special versions of the Triumph Acclaim and the Talbot Sunbeam Lotus (see pics.). 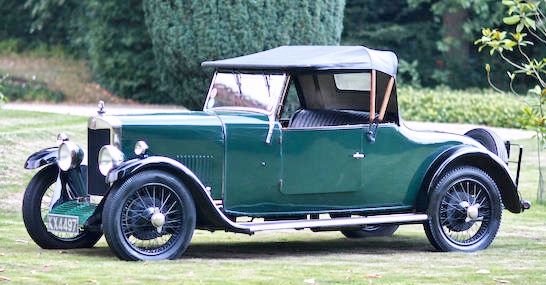 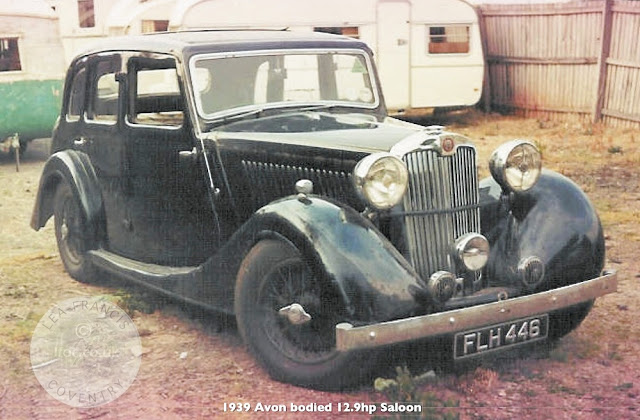 One of two prototypes built on a Standard 9 chassis by the Jensen brothers.
This design was then adopted by Avon with Alan Jensen working for Avon.
Jensen was succeeded as stylist at Avon by Charles Frederick Beauvais who later made his name as a design consultant in Australia. The following photo is one of his designs for Avon. 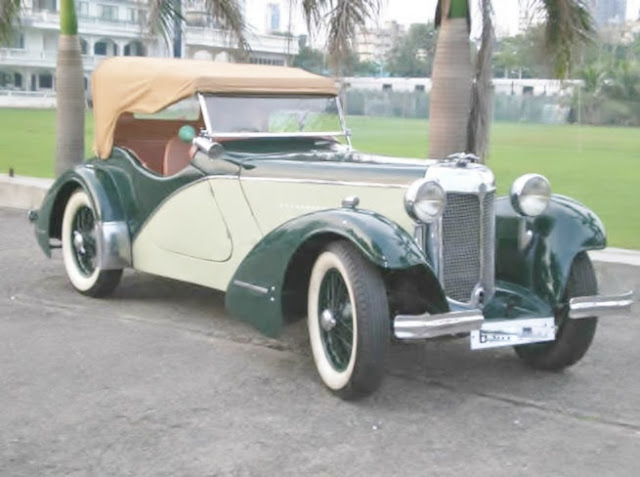 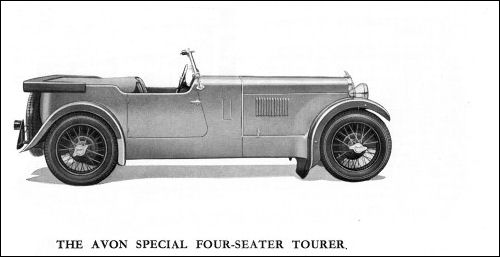 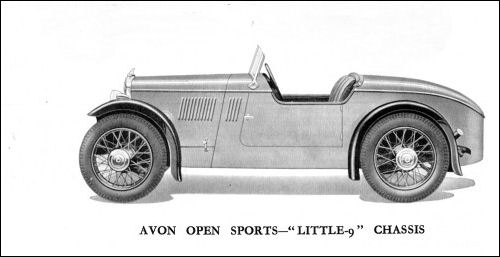 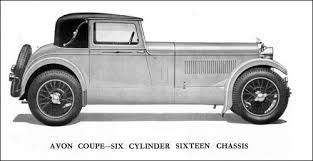 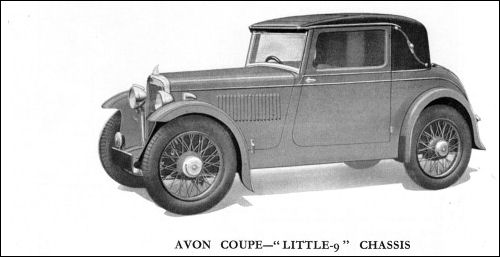 The four photos above, courtesy of classiccarcatologue.com 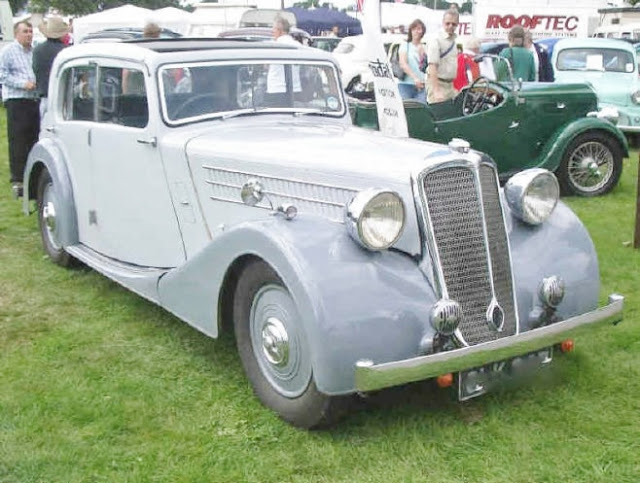 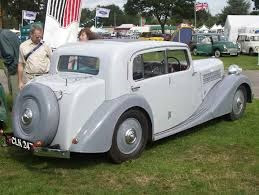 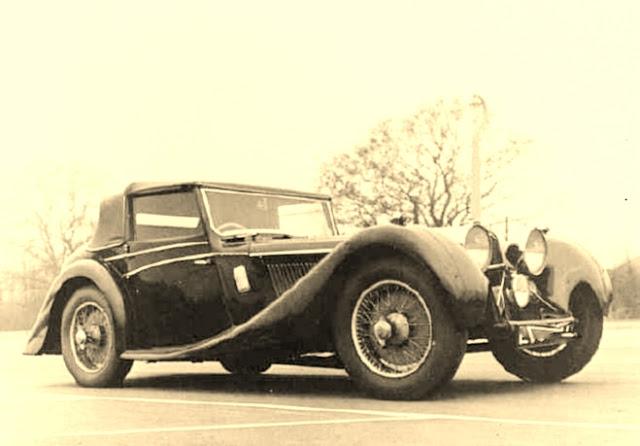 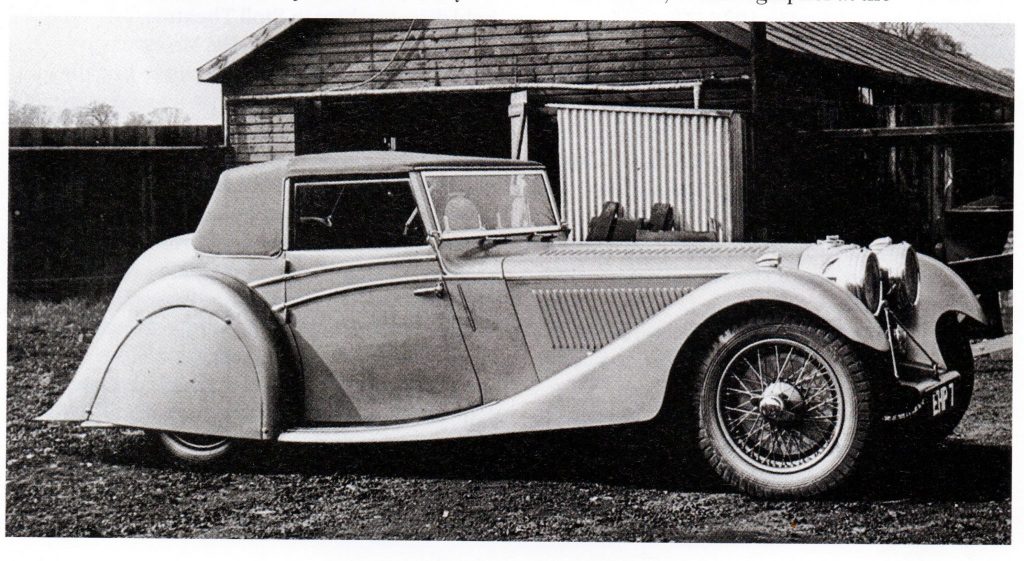 Avon’s version of the SS100 commissioned by Sammy Newsome a Coventry Car Dealer.
The Standard Motor Company would not supply Avon with the special lowered chassis frames that they supplied to William Lyons for his SS100 cars.
Photograph courtesy of the standardmotorclub.org.uk 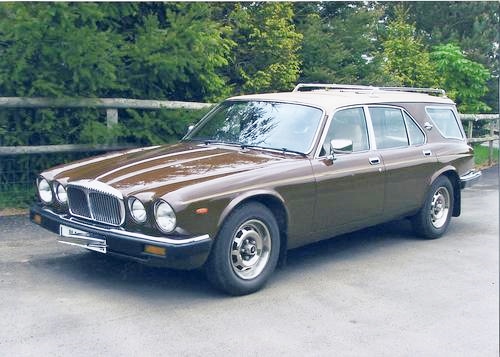 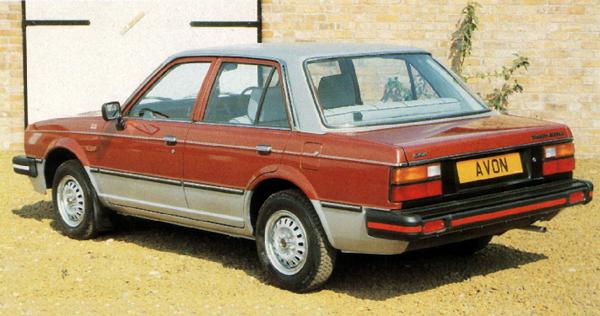 1981 Avon’s ‘Up market’ version of the Triumph Acclaim. This car was distributed via a select number of BL dealerships.
Demand was not as great as originally hoped for by its Avon creators.

1983 Talbot Sunbeam Lotus
Sales were slow so Talbot asked Avon to produce this special version with differnet exterior paint work and internal trim enhancements.
A volume of 150 was planned but only 56 were built plus a few dealer conversions.
This article was produced for coachbuild.com by Nick Maltby of carsceneinternational.com.