On August 13th 2017 I visited the Retro Warwick classic car show (link below) and came across this pretty Austin Ten model.

At first I thought it was just another Austin ten Lichfield until I noticed the different treatment of the rear end. I spoke to the owner, Mr. Malcom Wiles, and he told me that his car was a very rare model called the Austin Gordon Pixie Vitesse. The body was produced by Gordon & Co. (coachbuilders) of Taunton Lane, Sparkbrook, Birmingham.

Gordon &  Co. was in business from 1921 until 1939. Initially they built bodies on imported chassis from various American manufacturers , including Ford and Chevrolet. In the 1930s Austin became the favoured chassis.

In the 1920s and 30s it was quite common for the major manufacturers of mass produced cars to make their motorised chassis available to specialist body builders. Gordon was one of the lesser known ones in the U.K. In fact I have to confess that until seeing this car at Retro Warwick I had never come across this company before.

On carrying out further research I find that they produced a number of attractive bodies on various Austin chassis during the 1930s. Here are some photos, starting with the ones’ I took of Mr. Wiles’s car. To be fair there isn’t much information on Gordon & Co. available on the internet or photographs of their cars. I will have to call into the central Library the next time that I am in Birmingham.

It fitted in between the ‘baby’ Austin 7 which had been introduced in 1922 and the Austin 12, which was updated in 1931. It was powered by a four-cylinder side-valve 1125cc engine producing 21bhp and driving the rear wheels through a four-speed gearbox and open drive shaft to a live rear axle. Suspension was by half-elliptic springs all round and the brakes were cable operated. The basic model cost £155 and was capable of 55mph and 34mpg. It was rapidly followed by the Sunshine or De-Luxe with opening roof and leather upholstery at £168.

The vast majority of the 290,000 Austin 10s had factory bodywork but a few escaped into the hands of the specialist coachbuilders, who at the time were struggling to find a market for their skills; the major manufacturers by then offering very comprehensive offerings at bargain basement prices.

Gordon and Co. Coachworks of Taunton Lane, Sparkbrook in Birmingham were however continuing to find customers and offered a range of up-market coachwork available on Austin and Standard chassis’.

This quaintly named Gordon Pixie Vitesse model was aimed squarely at the upper-middle classes who wished for an economical car with a touch of luxury.” 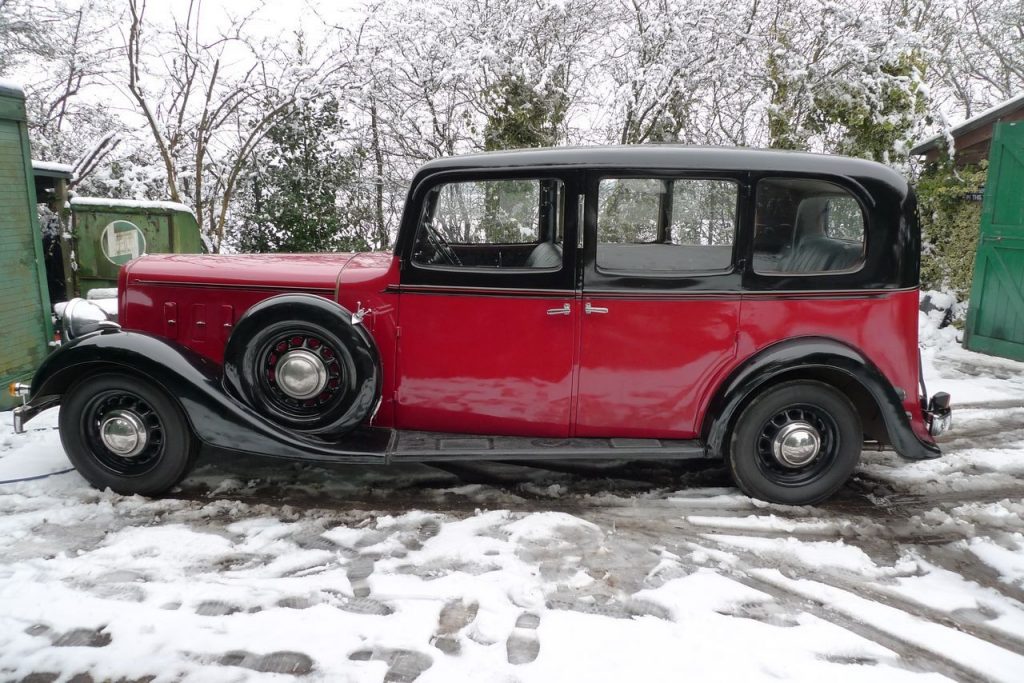 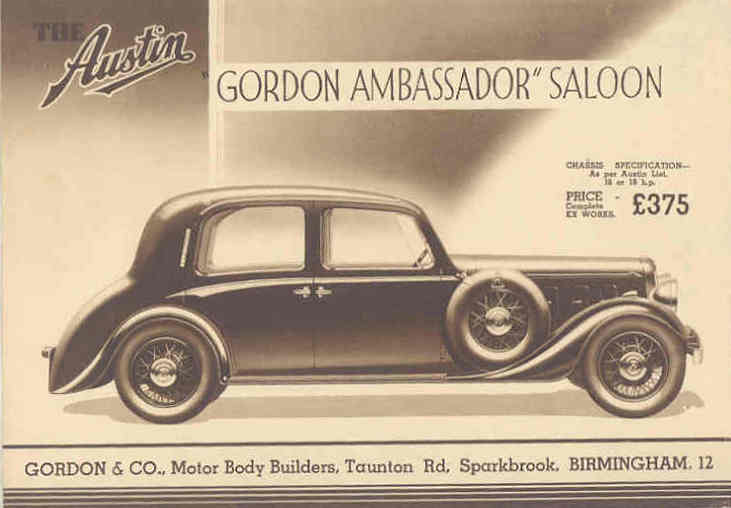 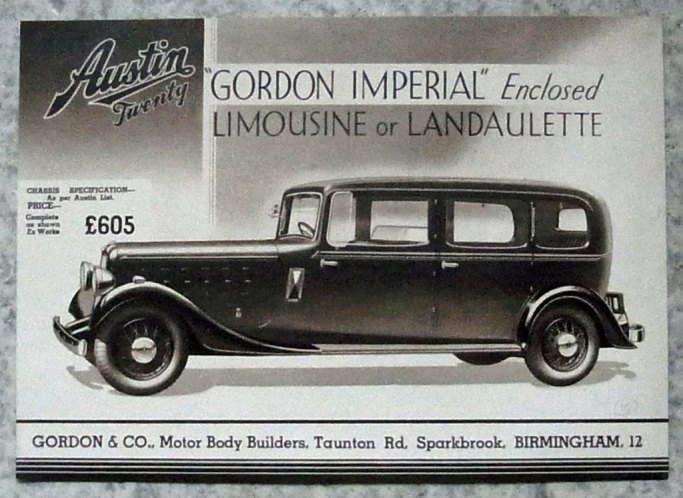