Back to the mystery car – Neil had recently renewed contact with a local car restorer, Bushells Restoration of Barham, near Canterbury, Kent and during a recent visit had noticed an attractive body shell in the corner of the premises. He was told that it was a Sheen-Peel (not the most captivating of names!) which used a Hillman Imp engine and running gear. That’s all the information Neil could give me at that time. However, armed with that scant information I was pleasantly surprised by how much more I discovered via an Internet search.

First of all, I came across the ‘imps4ever’ website which has a page dedicated to the Sheen Imperator GTS, to give the car its proper name. The information told me that the car had been sketched out by a Peter Sheen who was a wine importer based in Surrey. Peter must have also been a car enthusiast to have come up with this attractive concept. He took his sketch to a local, to him, sheet metal company, Robert Peel Sheet Metal Works, who specialised in making car bodies. They quickly converted Peter’s sketch into an attractive body shell. It is believed that two shells were made and built up into Sheen Imperator GTS cars. Sheen had ideas of producing limited runs of these cars but to do that he needed to buy engines and other parts from Rootes at advantageous prices. After initially showing some interest Rootes decided not to follow through, thus the project died. But both cars survive, one running to the best of our knowledge and the other in bits awaiting restoration.

But for me, this was only the beginning of an even more fascinating story which has particular resonance for Austin Healey enthusiasts. It is the story of the ‘Peel Coachworks‘, as far as it goes, by that I mean, ideally, much more information is required. It was only a small company that had a relatively short life, so, company records would be very limited in the first place and the likelihood of them being archived, either by local libraries or families of the two owners, is pretty unlikely. Nevertheless, it would be an interesting challenge for someone who lives in the Kingston-upon-Thames area to try to find out more about the company. Maybe such research will develop from the restoration of the Sheen Imperator GTS. by Bushells, that has been the inspiration for this post.

The Robert Peel Sheet Metal Works was established at 50, High St. Kingston-upon-Thames, Surrey, by Alec Goldie and Fred Faulkner, in the late 1940s, early 50s. It took its name from the nearby public house the ‘Sir Robert Peel’ (named after the British statesman who introduced a police force to the streets of London in 1829); neither business or original premises are extant. Alec and Fred met during WWII when they were both working for Hawker Siddeley, based at Brooklands, Weybridge, Surrey. This was the location of one of England’s first airfields as well as the famous, banked oval, motor racing circuit. Before the war, Fred had been a foreman panel beater at the nearby AC Car company. In 1954 AC launched the Ace ‘open top’ sportscar which was the basis of Carol Shelby’s Cobra.

Maybe it was always their intent to concentrate on car bodywork, influenced by Fred’s work with AC: In any case, they soon developed a reputation as the “go-to” guys for bespoke car bodywork. It was a case of, present your desired car shape, either on the back of the proverbial envelope or, via a carefully crafted orthographic drawing and it would see the light of day in a very short while, made to a very high standard to boot.

The ‘Peel Coachworks’, as it became known to its customers, found that it was being asked to produce some very exotic sports racing cars, sports cars, GTs and sports saloons. Their work was very similar to that undertaken by the larger and better known company, ‘Williams & Pritchard’ of First Avenue, Edmonton, London N18. Here are some examples of Peel’s work – 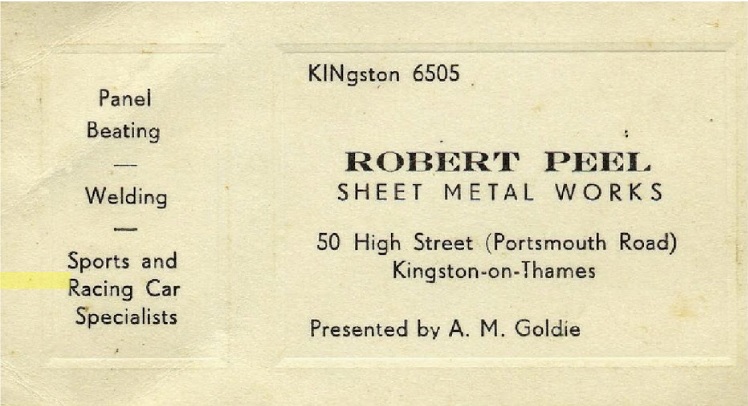 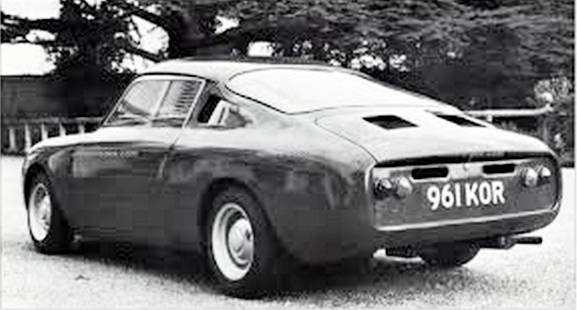 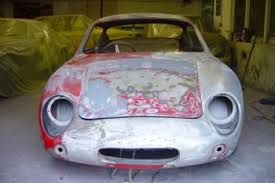 Sheen Imperator, Front View, during one of its previous restorations.

McLaren M1 A – The first car to carry the McLaren name, styled by Tony Hilder who also later styled the Piper range of cars. Before working with Mclaren Hilder had worked for Specialised Mouldings which, at the time, was renowned for the plastic (fibreglass) moulded bodies it produced for single-seater and sports racing cars. The Lola T70 was one such car. 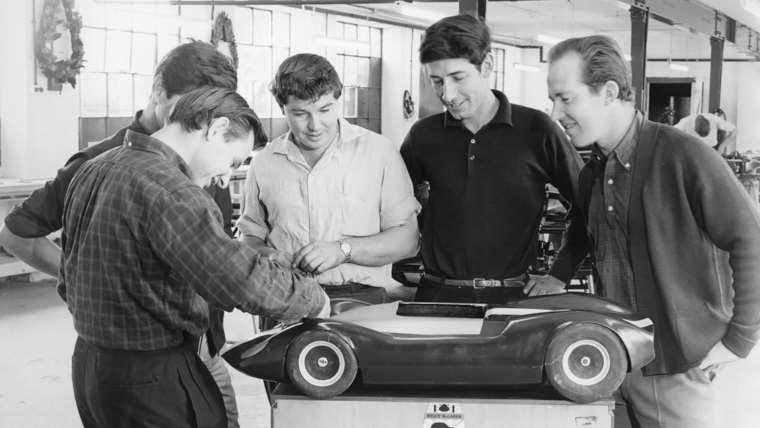 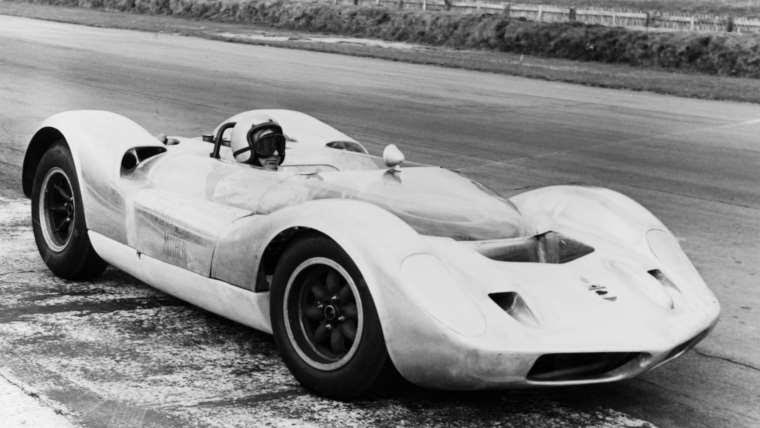 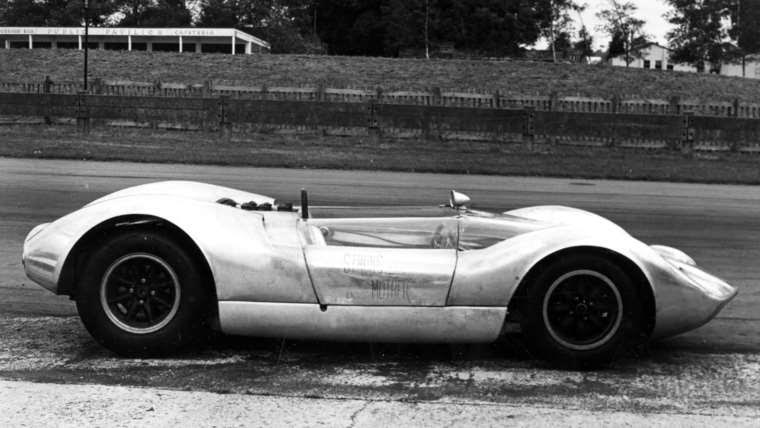 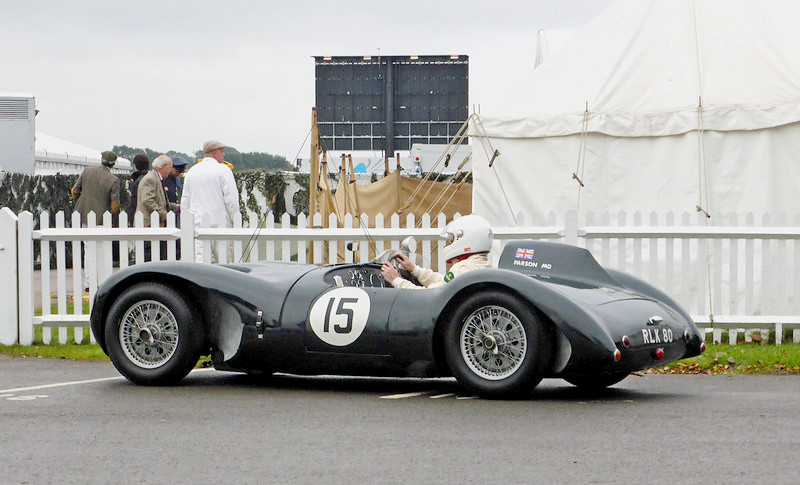 1955 ParSon MG. .’ParSon’ stands for the father and son who commissioned the car. They ran a company called WeldanGrind, by coincidence, located at Parsons Green, a district of Fulham, London. Photograph, 2013 Goodwood Revival, courtesy Jane Sanders 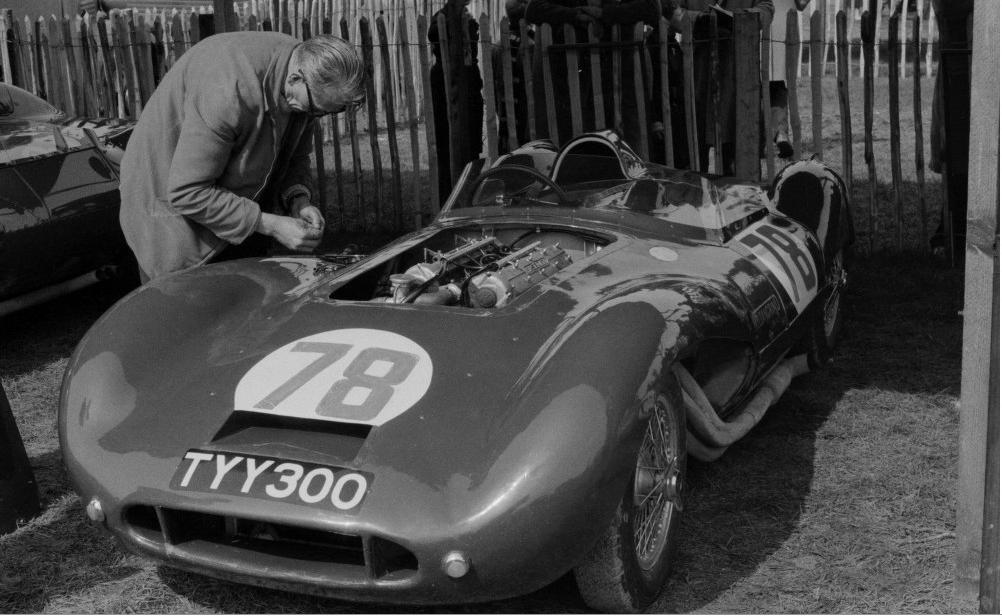 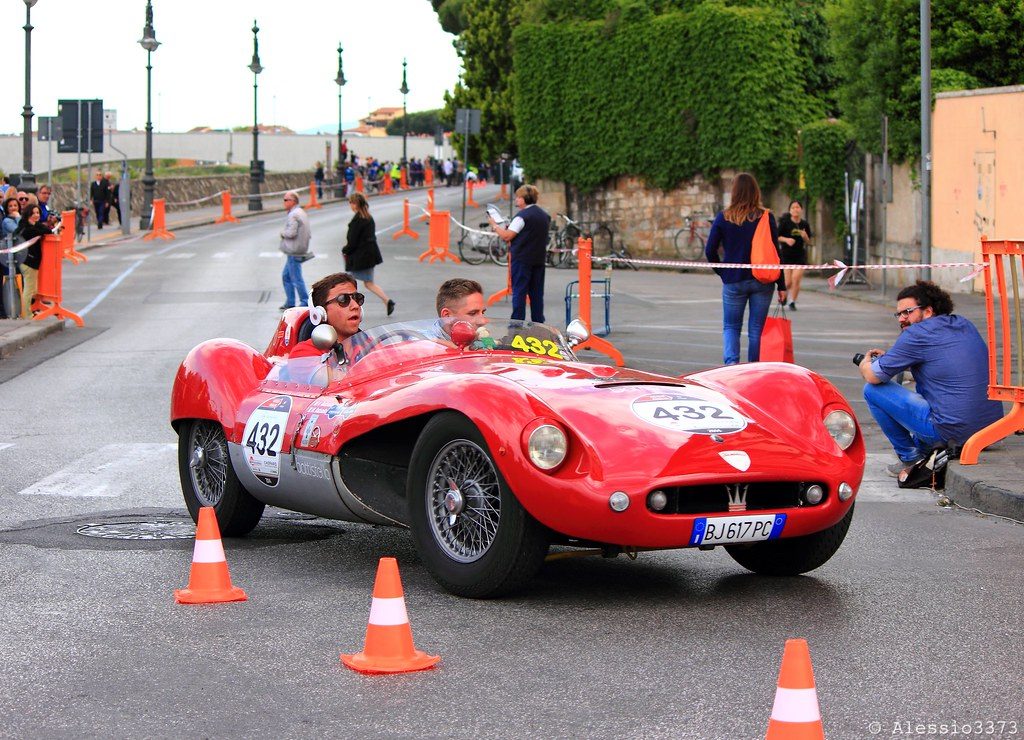 As seen in the 2014 Mille Miglia with some modifications. 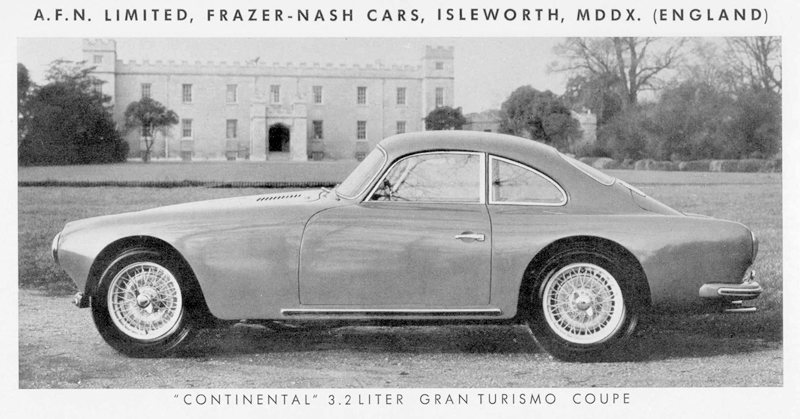 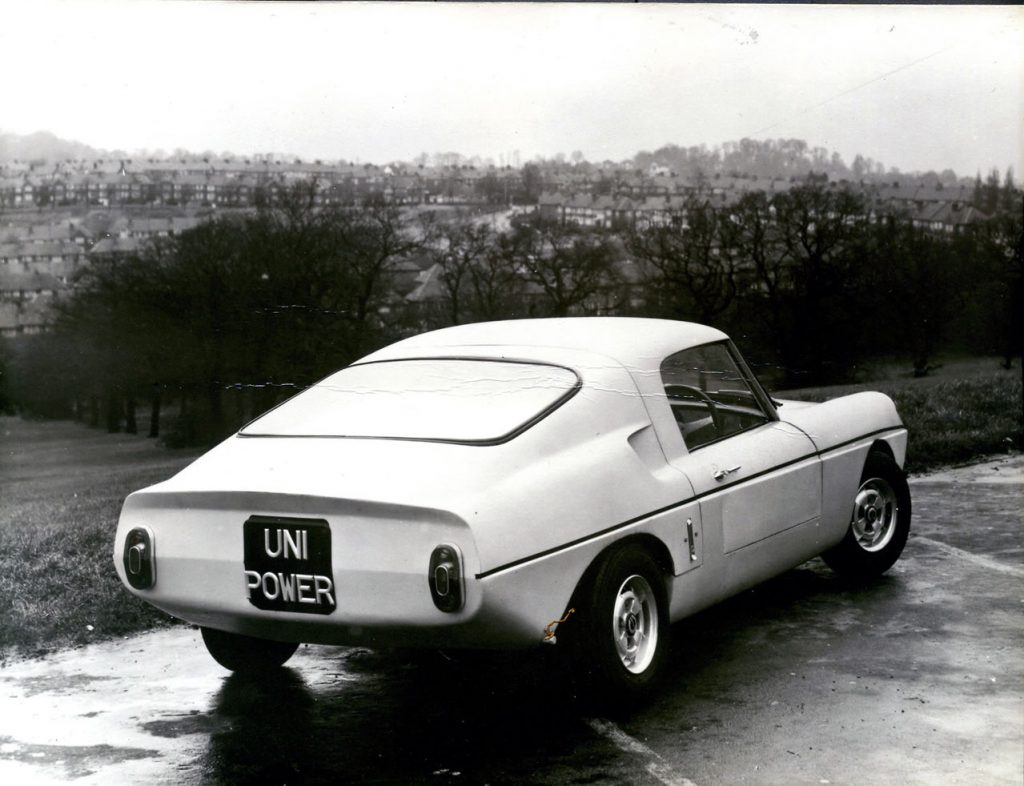 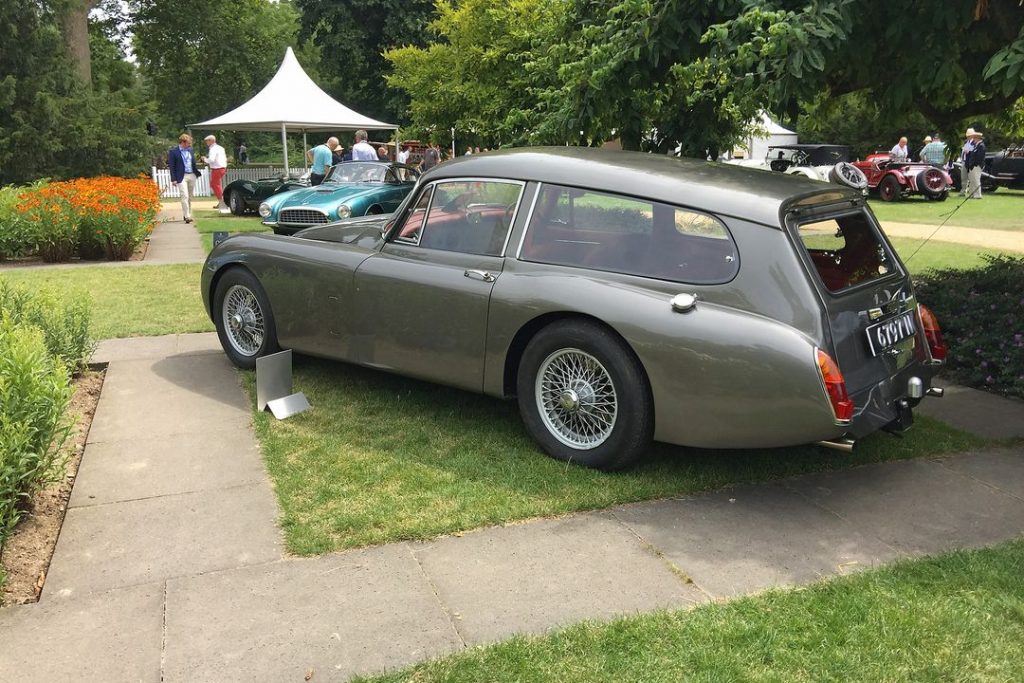 WSM stands for (Douglas) Wilson-Spratt and (Jim) McManus who introduced their first car in October 1962. It was based upon an AH Sprite (see below). 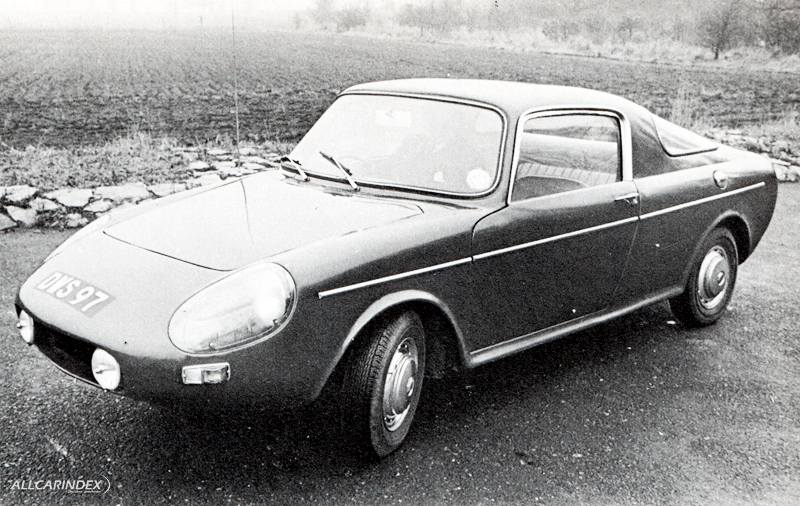 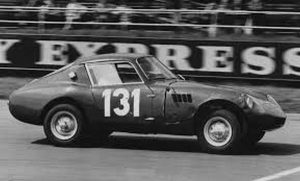 Moulds were taken from the Peel aluminium bodied car for subsequent cars to be produced in fibreglass. 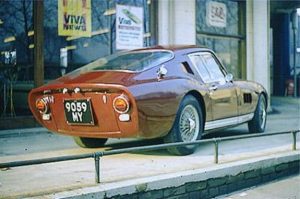 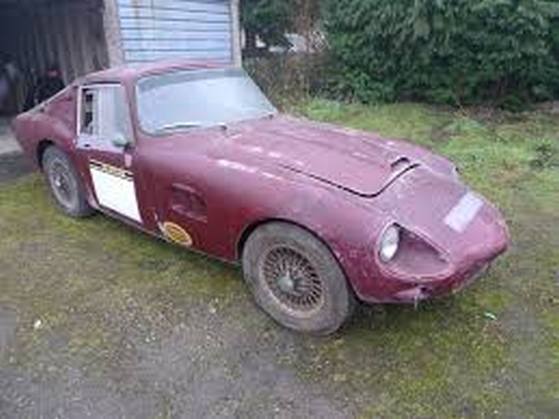 Doug Nye and The GP Library.

The Jensen Brothers, their cars and after
Scuderia Serenissima