In September 2017 I was scanning the Jensen Owners Club forum and saw a post from ‘Rocky USA’. What caught my attention was a number of well executed photographs of an Austin Healey 100 in ‘M’ guise and a white Mk.I Austin Healey Sprite. At the time I was writing and publishing, “online”, the Warwick Healey Motor Company Archive Bulletin, in conjunction with the Warwickshire County Record Office who had recently purchased the DHMCo. archive. It struck me that readers of the Bulletin might like to see those photos so I got in touch with ‘Rocky’ to ask his permission to use them. Permission was given and I have kept in touch with Chuck Huber ever since. Chuck owns a Jensen Interceptor, hence his writing on the JOC forum. He also owns a De Tomaso Pantera and is a member of the Arizona Chapter of the Pantera Owners Club of America. He holds a number of club meetings at his home near Tuscon and the collection of cars that attend has to be seen to be believed. Chuck has shared photos of these cars with me and one, in particular, a Cunningham C4R-C owned by Chuck’s friend Larry Pfitzenmaier, inspired me to write an article for the Bulletin, recording the commercial/engineering relationship between Donald Healey and Briggs Cunningham. **

And now Chuck’s recent exploit, inspired this time by me, has led to this article. I host a Classic Car events (mainly shows and auctions) calendar on my website, these are mostly held in the U.K. but I also feature some of the well known ones held in the U.S. and Europe. At the end of 2019 I put the Bonhams Scottsdale auction on my website. When I realised that Scottsdale is near Phoenix AZ. I asked Chuck if he was planning to go. He said that he wasn’t but upon my asking would give it some thought. Well, the fact that I am writing this piece means that he went and sent me some photographs which I want to share with you. The thing to bear in mind about the Scottsdale Car Auction week is that it is supported by a number of prominent Auction Houses. The one that dominates, Barrett-Jackson, is not particularly well known outside of the U.S. Most of Chuck’s photos were taken in and around the Barrett-Jackson arena. Not all the vehicles shown were on sale.

Before we get into the photos, here is a little background to the Scottsdale Car Auction Week –

The first significant collectors’ car auctions of the year are held each mid-January in Scottsdale, Arizona. This weeklong commercial event currently have all major classic car auctioneers competing (except Mecum). RM Auctions, Gooding & Co, Bonhams, and Barrett Jackson regularly achieve over a million dollars on select vehicles but many other smaller auctioneers also participate covering cars in all price classes.

The annual January classic and collectors’ car auctions in Arizona are generally referred to as Scottsdale, even though many of the sales are in adjacent Phoenix, Arizona. It is the first major classic car event of the year and one of the biggest.

Here are Chuck’s photos, taken with his iPhone. He tells me that he purposely targetted Austin Healey and other British sports cars because, being on the carsceneininternational.com mailing list himself, he is aware of the target audience – 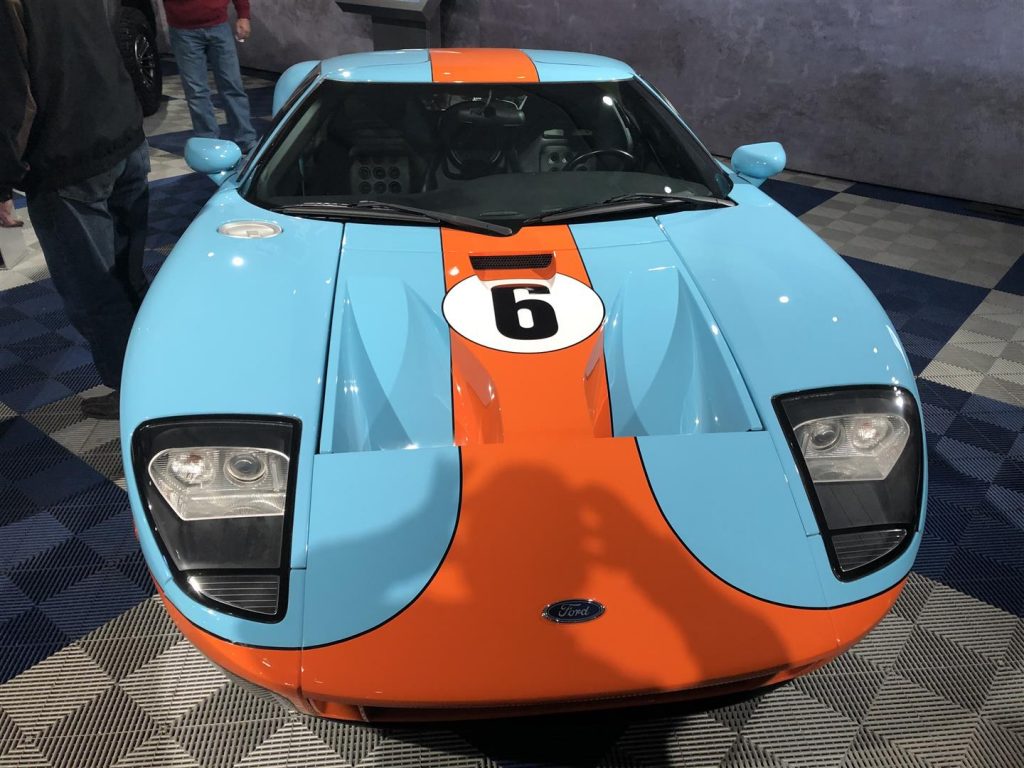 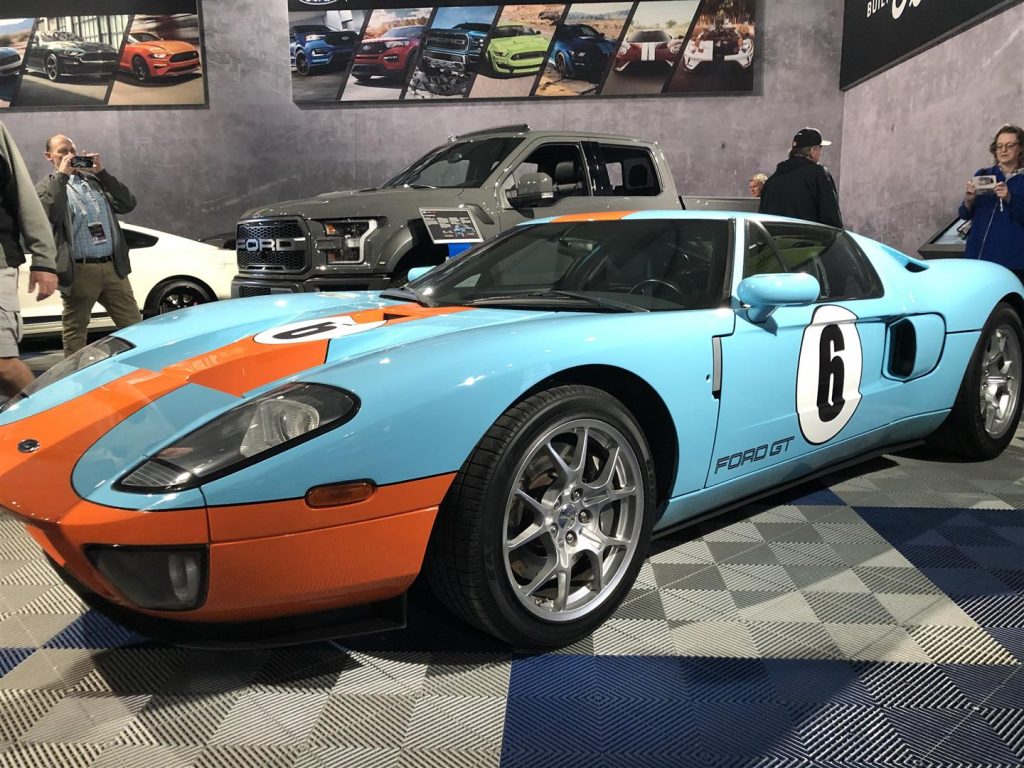 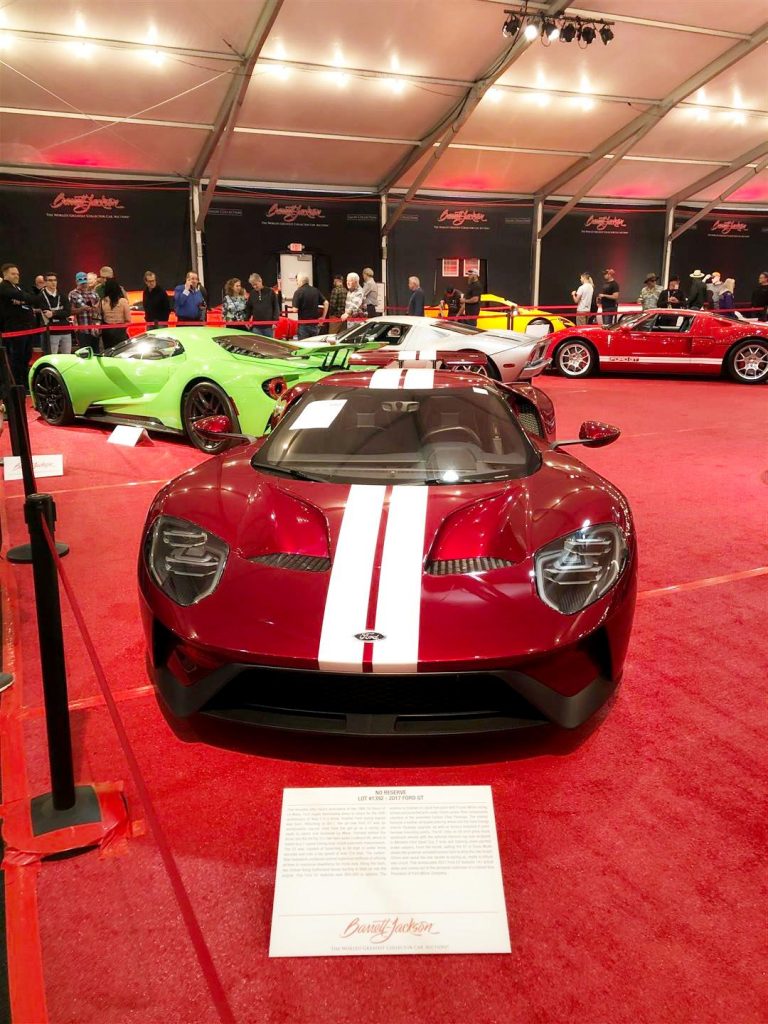 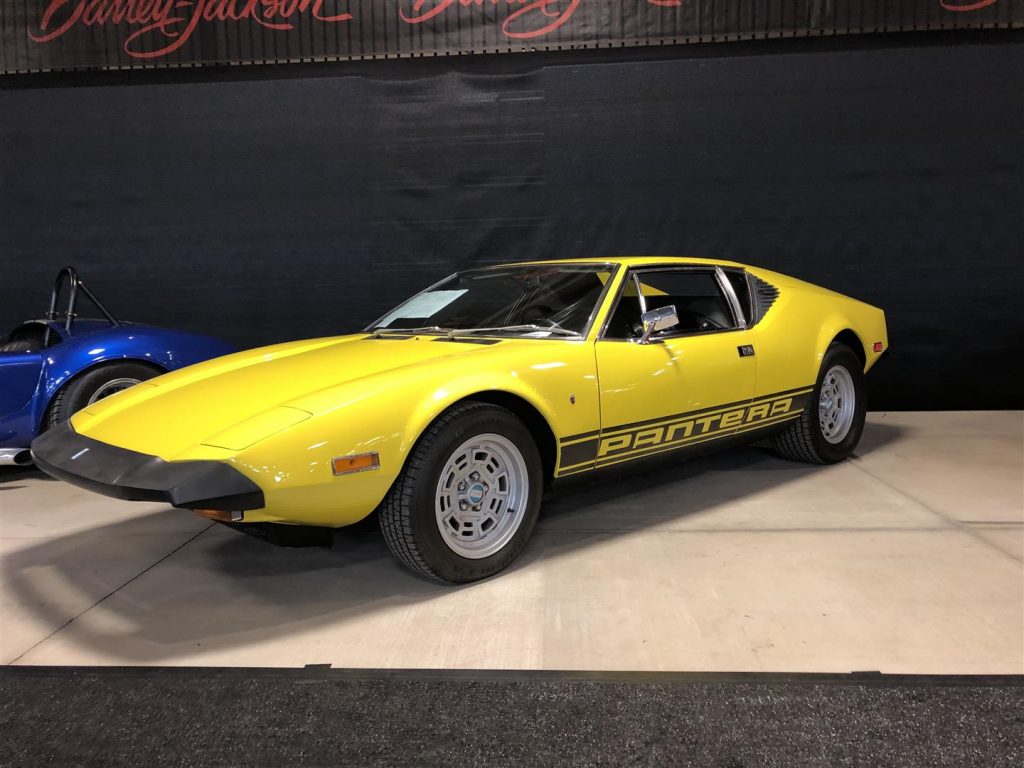 Given Chuck’s interest, this post would not be complete without a photo of a 1973 De Tomaso Pantera Lusso (for Luxury). Sold for $112,200. 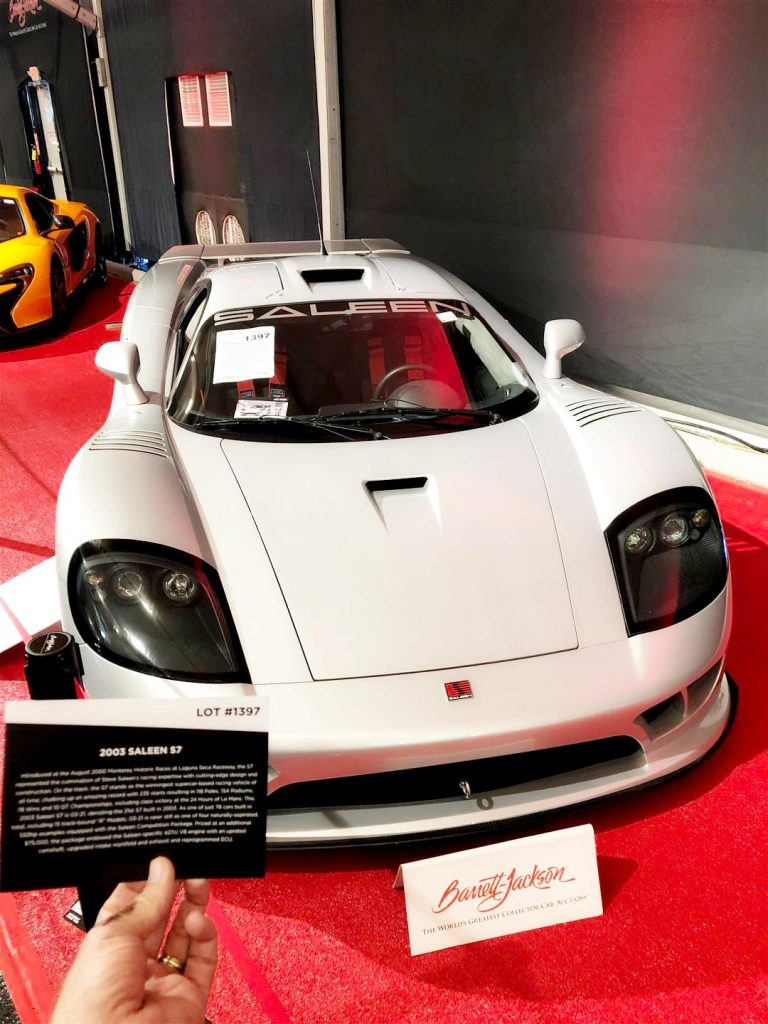 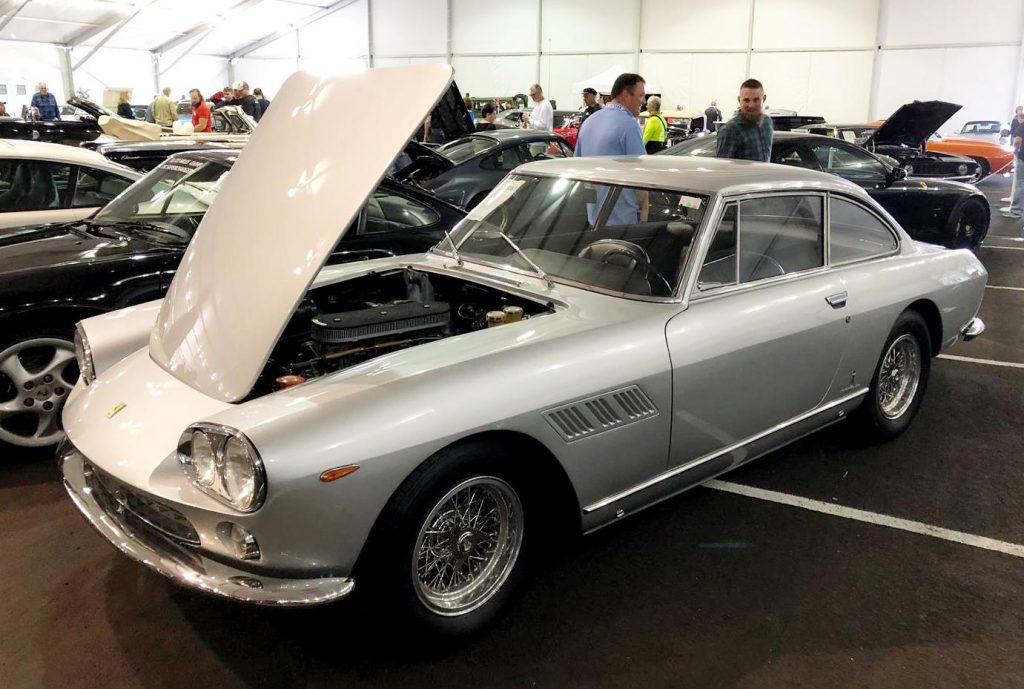 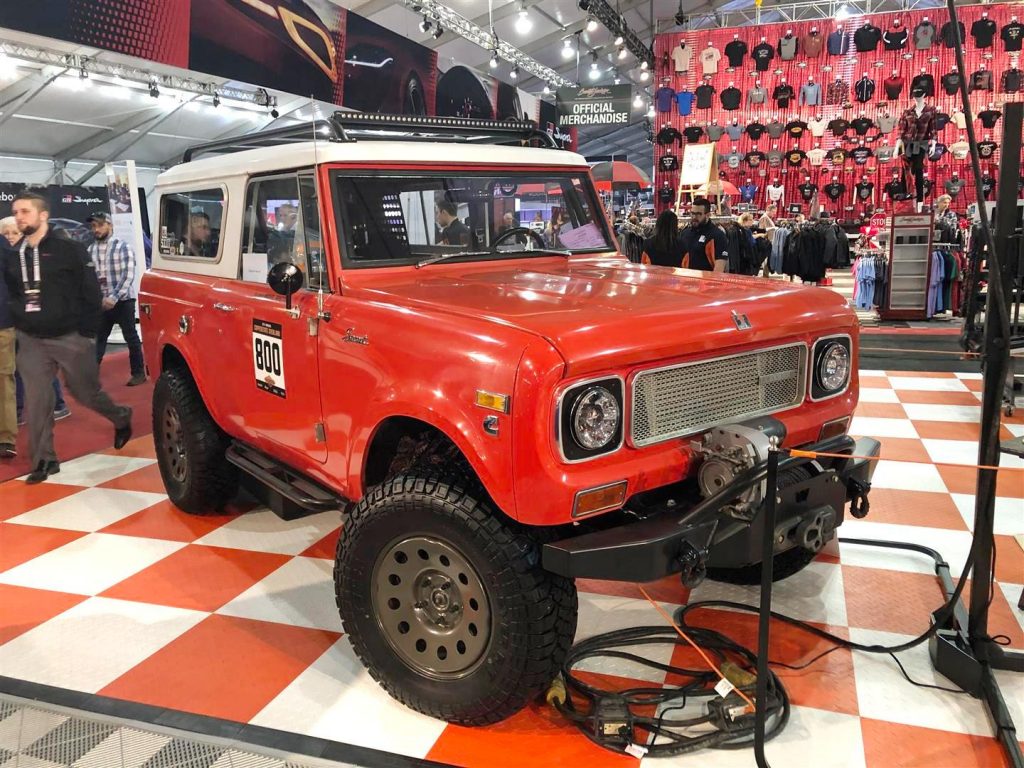 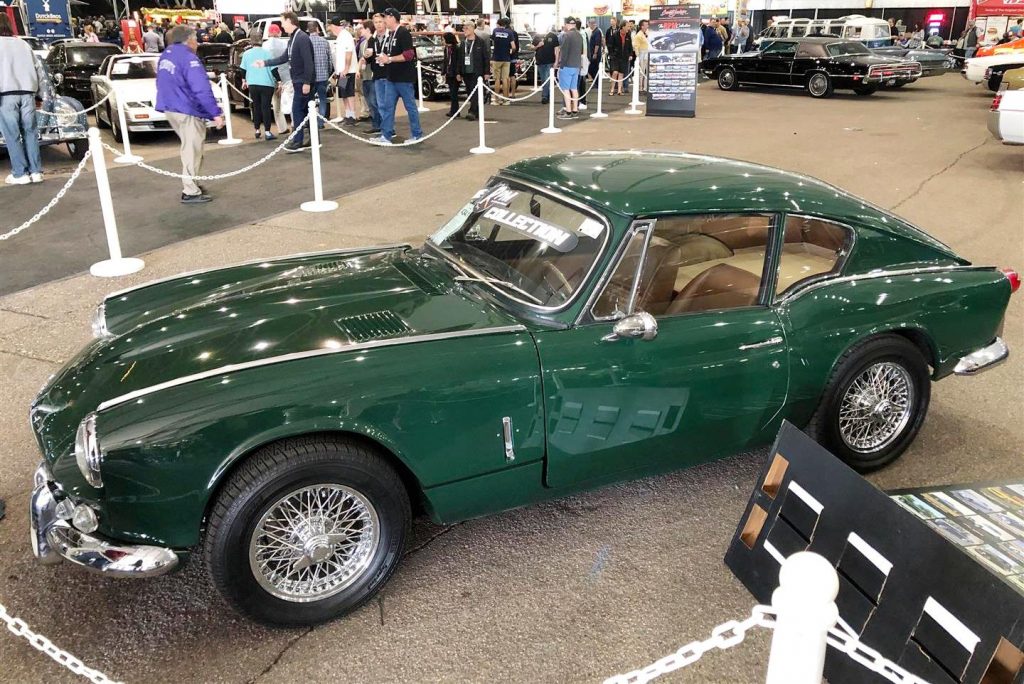 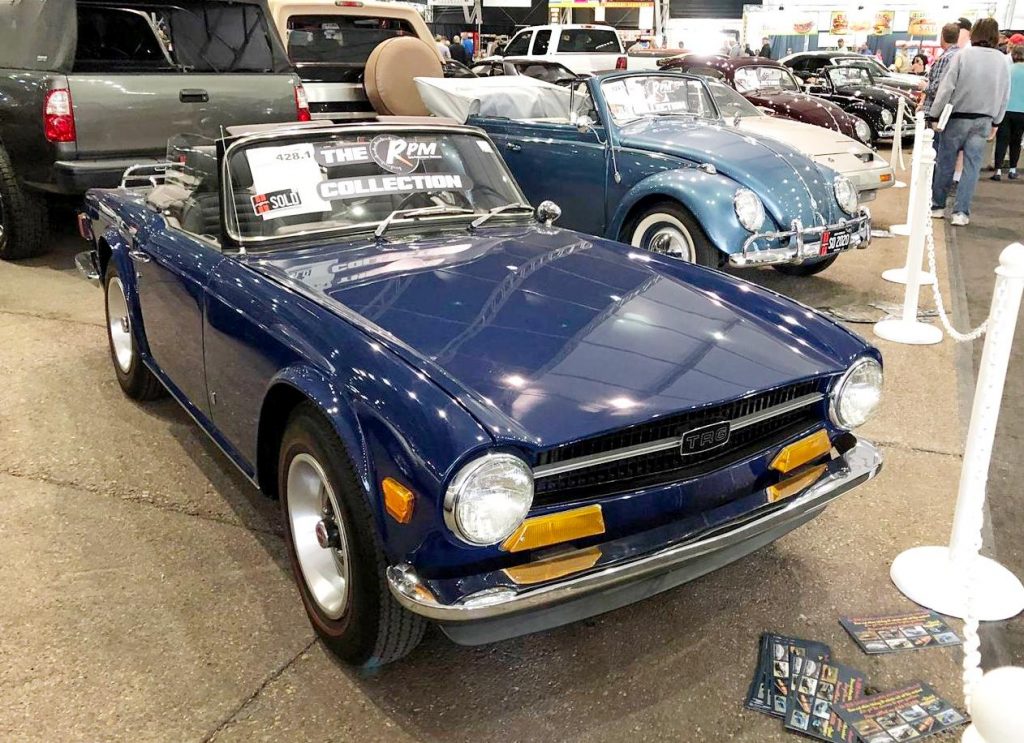 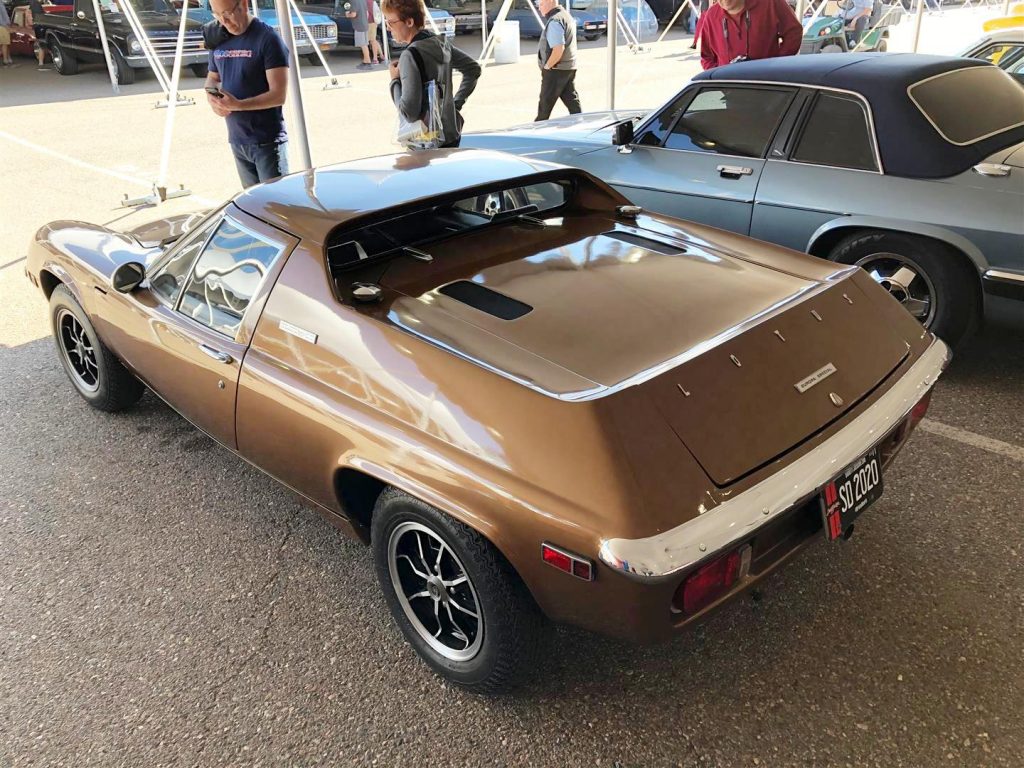 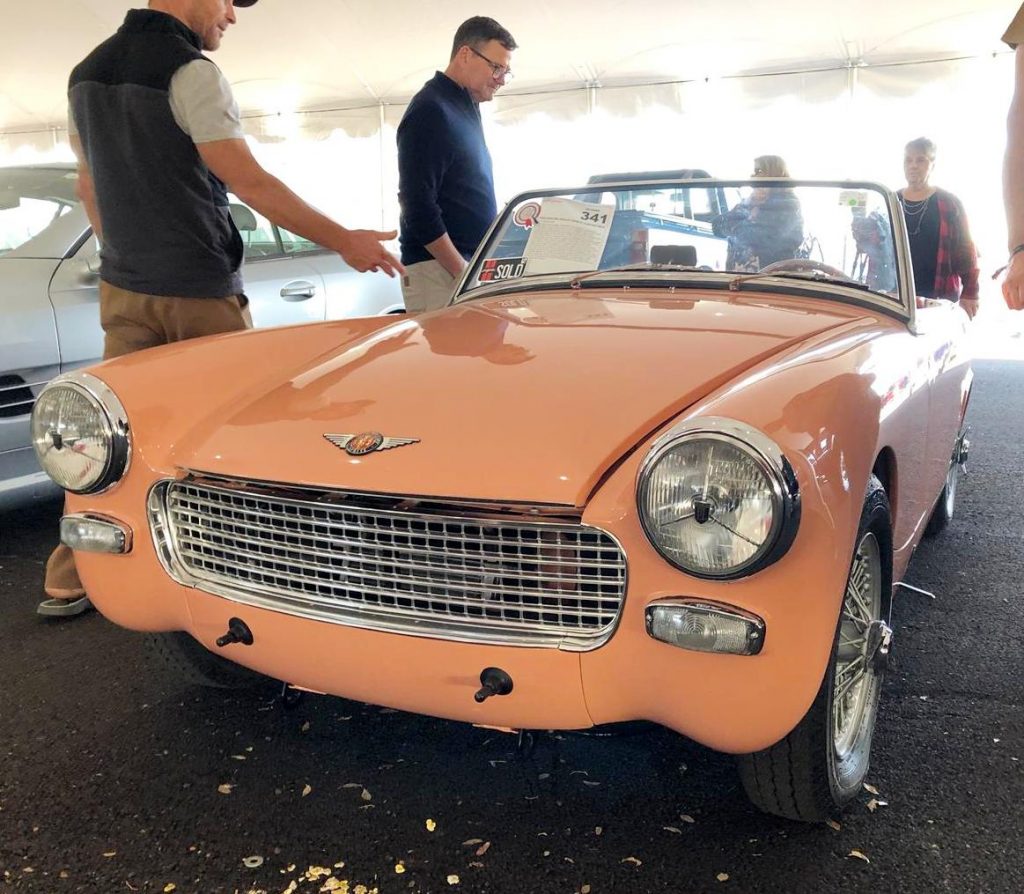 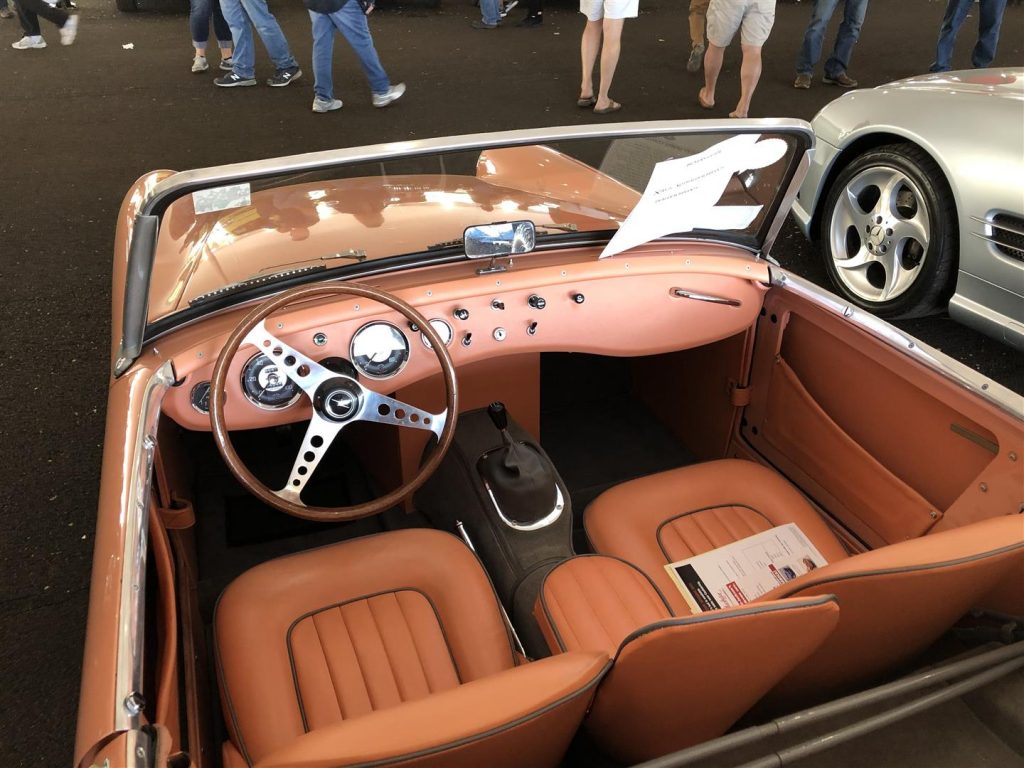 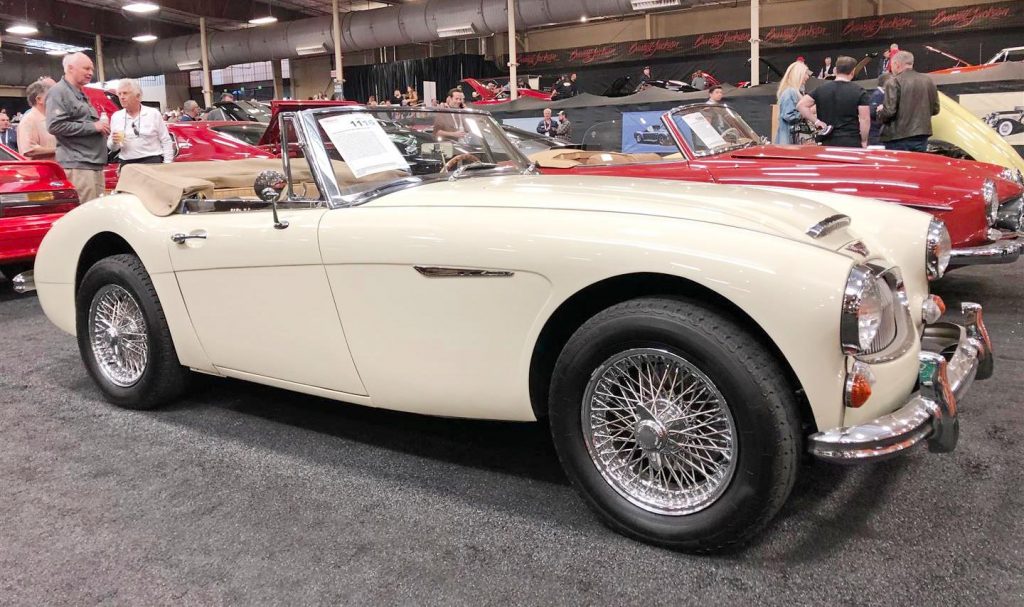 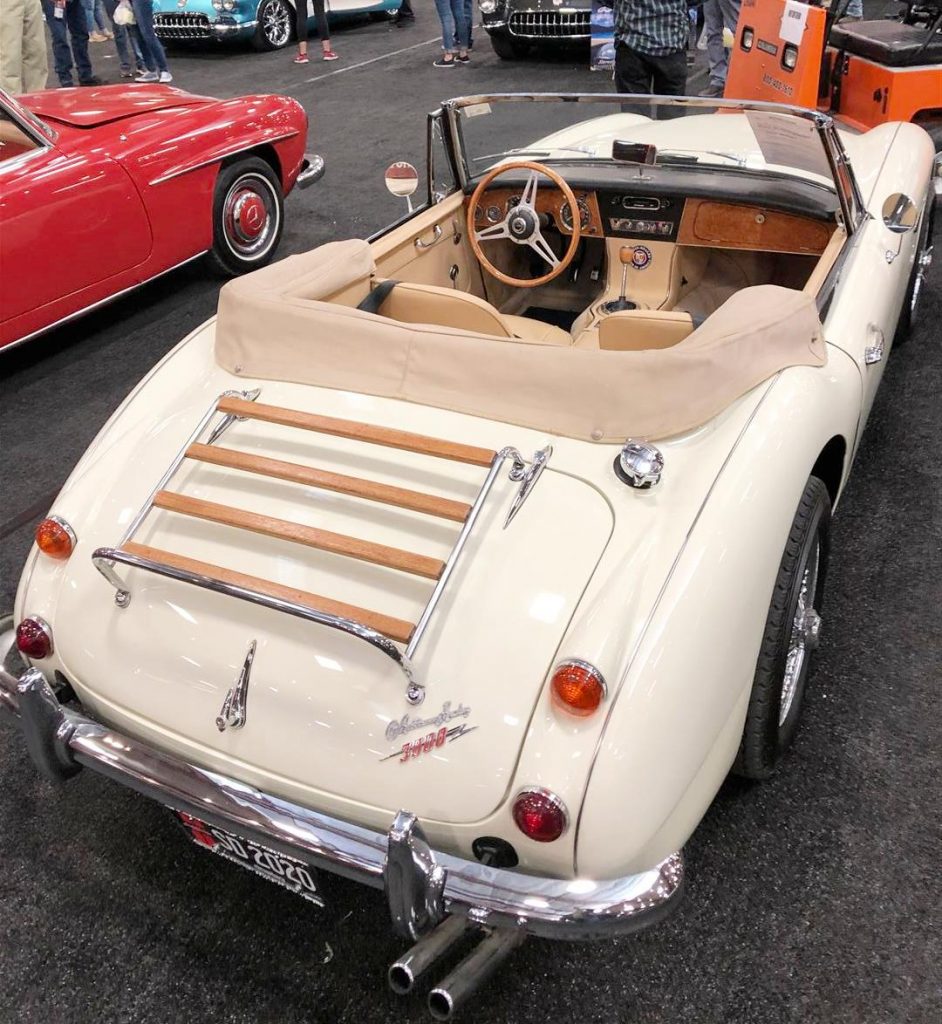 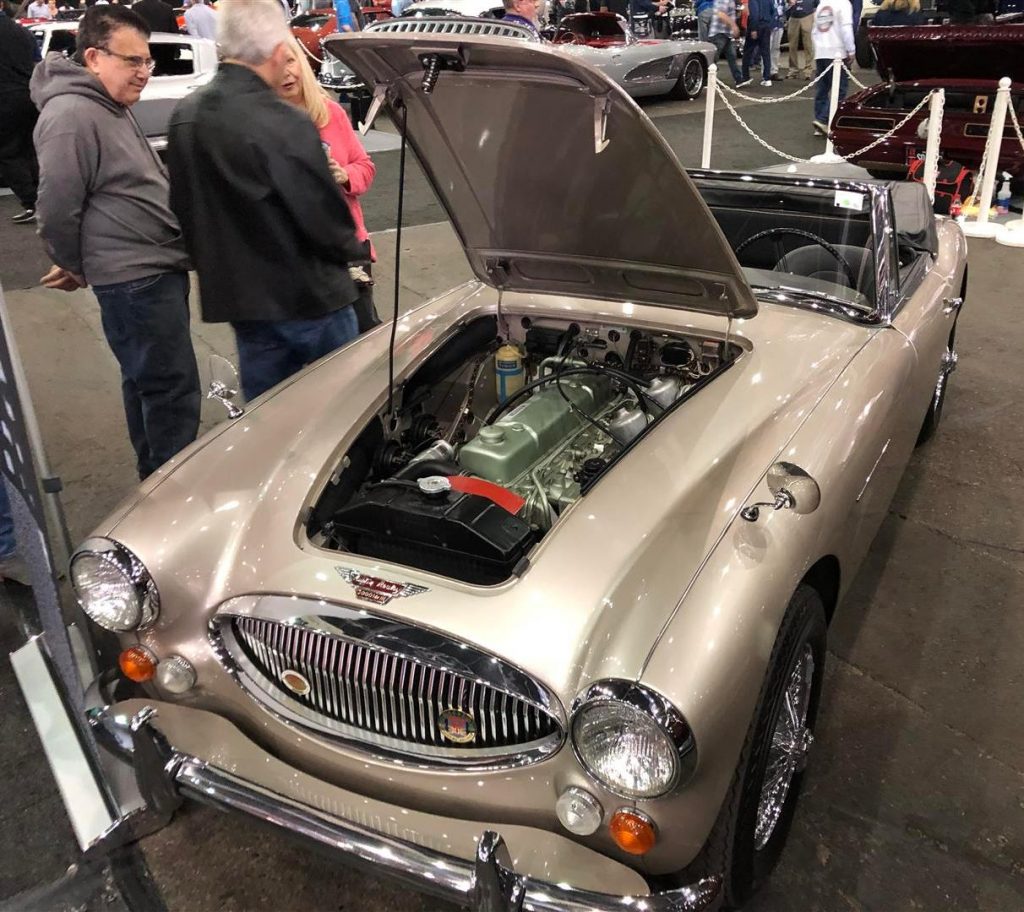 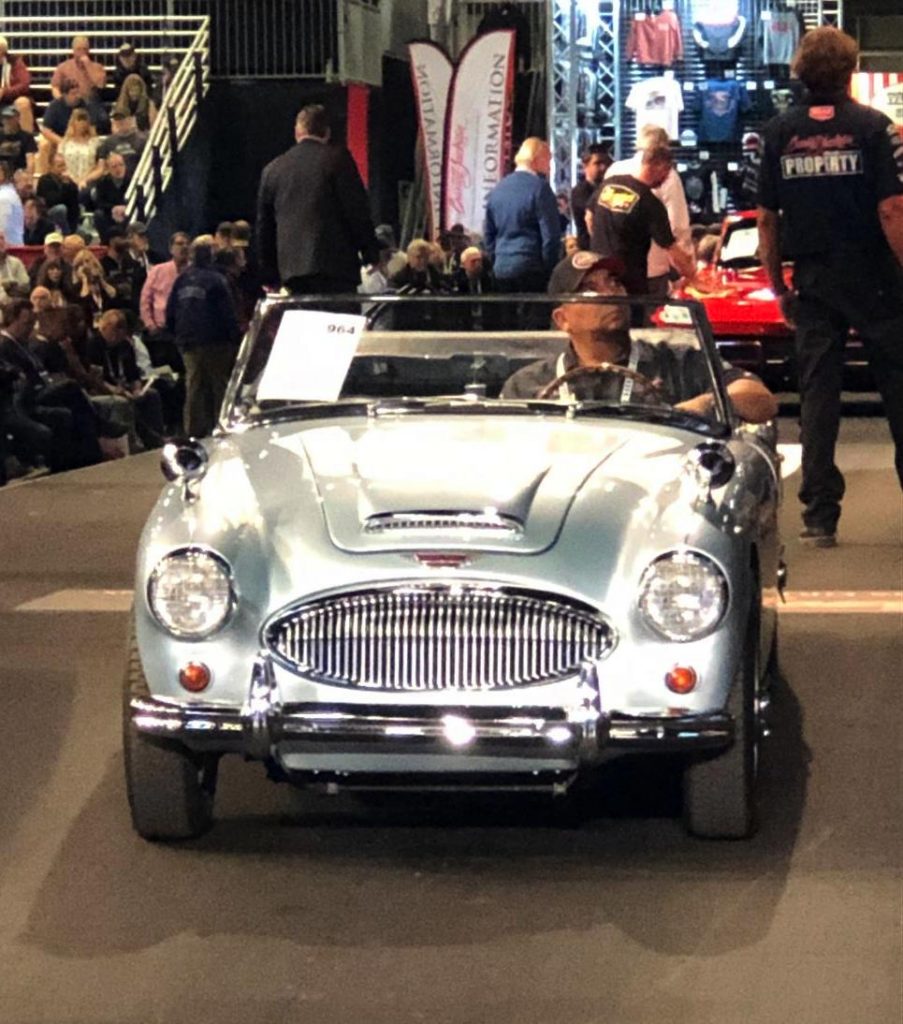 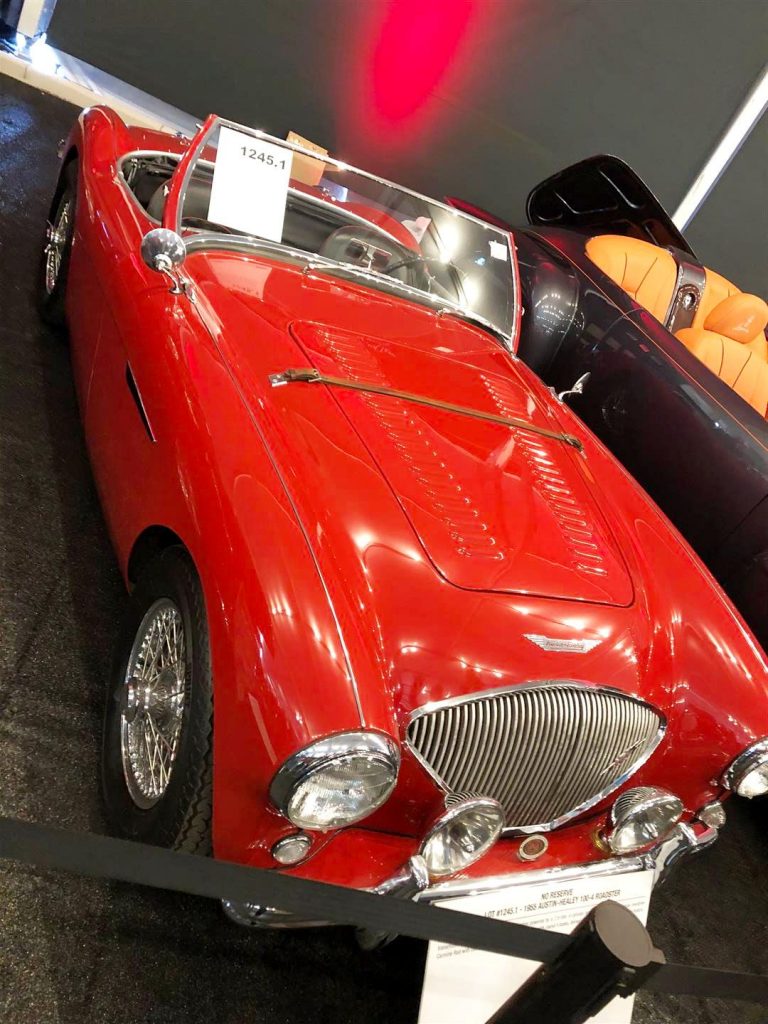