It was with great sadness that I learned of the death of Sir Stirling Moss, Britain’s foremost racing car driver (I don’t think that Messrs. Hamilton, Mansell, Stewart, Hill et al, would mind me saying that) he was revered and respected by all. He died of natural causes, nothing to do with coronavirus, after quite a long illness. He would have been 91 later this year, we shared the same birth date (but not year!). Stirling Moss has been a life long companion to all “petrol heads” of a certain age and to younger ones too, who may have only heard of him by reputation: not just his reputation as an outstanding motor racer but as a “gentleman”.

My second reaction to hearing of his death was to think about Stirling’s involvement with the Donald Healey Motor Company, in the early days of the Austin Healey 100 and later, the Sprite. Stirling and Donald became great friends, socialising together, especially during the Bahamas Speed Weeks held in early December every year from 1954 to 1966. These events were more about socialising, gatherings of everyone who was anyone, or, who wanted to be someone, in the world of motorsport, rather than world championship car racing. Nevertheless, teams from Ferrari, Porsche, Jaguar and Austin Healey were despatched in order to enhance their company reputations.

It was Stirling’s and Donald’s love of water skiing, while in The Bahamas, that led to Donald deciding to try his hand at building speed boats. This, in turn, led to the establishment of the Healey Marine Company, run by Donald’s second son Brian (Bic) Healey. Here is a snippet from the Warwickshire County Record Office (WCRO) Healey Motor Company Archive Catalogue –

“In 1955 the company got involved with building speedboats. Donald Healey was a keen water-skier (as was racing driver Stirling Moss) and the story he tells is that he returned from water-skiing in Nassau in 1955 and was looking for something to do so convinced the company that speedboats were an area to get involved in.” 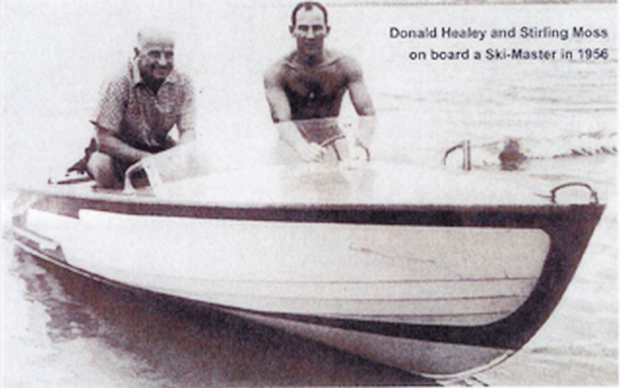 The services of young Stirling Moss, who had already established a reputation as a very talented British racing driver, was much in demand but he was particularly interested in promoting British car companies, so, often made himself available to the Healey team in the early days. There are many references to “Stirling Moss” in the WCRO Healey archive catalogue, together with relevant photos similar to these (at short notice and in the current environment, I could not access the actual WCRO Healey Archive photos) –

In the archive there is a page from a sale catalogue relating to the 1954 Austin-Healey 2.6 litre works team car OON 441 (SPL258BN, SPL258V) that was driven by Stirling Moss –

Here are four AH 100 Ss assembled at ‘The Cape Works’, Warwick before being despatched to Sebring. OON 441, second from the left. 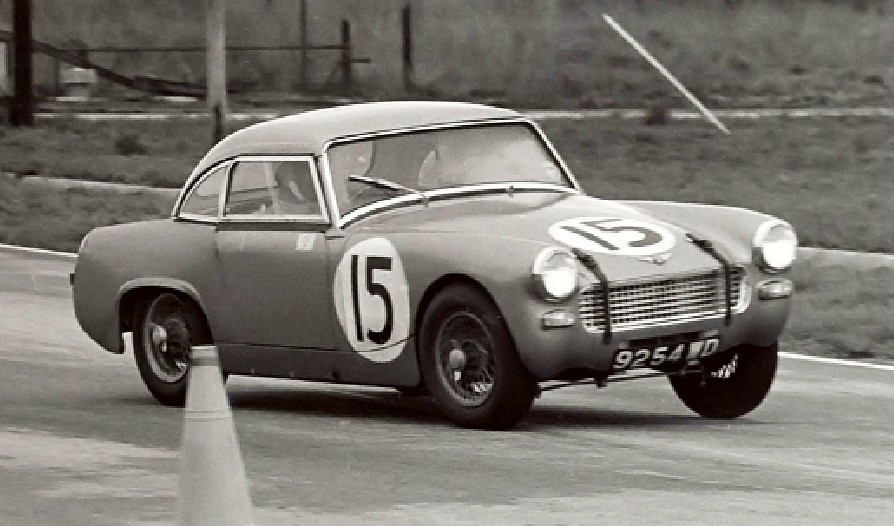 In 1962 DMHCo. built four alloy bodied MkII Sprites to compete in the Sebring, FL. 3 Hour race, held in March. Here is 9254 WD driven by Stirling Moss, who finished 3rd after leading for most of the race.

Here is an interesting photo from the WCRO Healey Motor Company archive – Referenece No. CR4804/3/220 – This is one of a number of photos of Stirling driving AH Sprites that are in the archive. 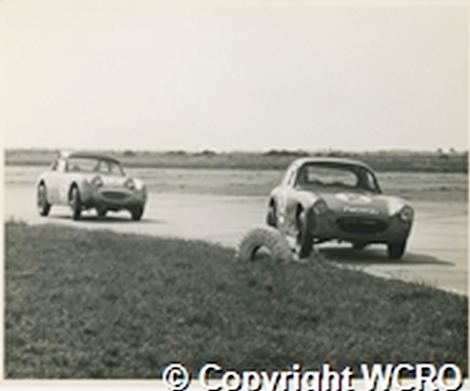 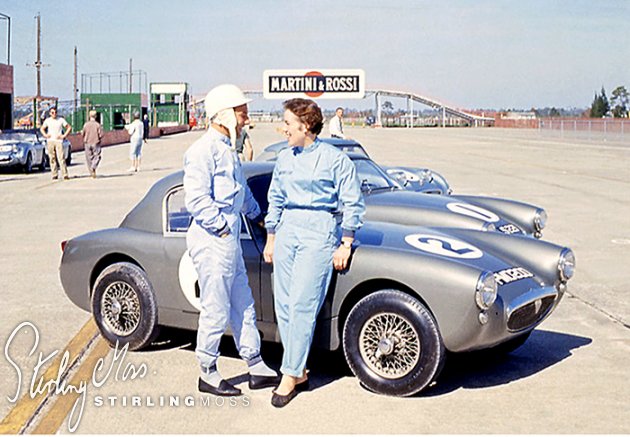 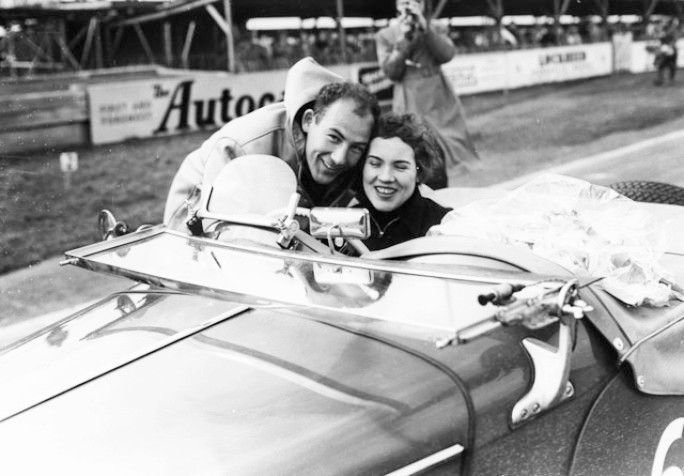 But in any case, this isn’t about telling you what is in the Healey archive, it is about celebrating the glorious life that was Stirling Moss and his association with another great man, Donald Healey.

He famously lost out on the F1 title in 1958 to compatriot Mike Hawthorn after vouching for his rival and preventing him being disqualified when he was accused of reversing on track in the late-season Portuguese Grand Prix.

Four times a runner-up in the F1 drivers’ championship, he was named BBC Sports Personality of the Year in 1961 and was knighted in 2000.

Together with his fine F1 career, Moss was regarded as a motor racing all-rounder and racked up a total of 212 victories in all categories.

He was an outstanding rally driver and in 1955 set a new course record in winning the famous Mille Miglia, a 1,000-mile race around Italy.

Moss was effectively forced to retire from top-level motorsport in 1962 after a crash at Goodwood left him in a coma for a month and partially paralysed for six months.

However, he continued to race in historic cars and legends events until the age of 81.

Moss is survived by his third wife, Susie, their son Elliot, and daughter Allison from an earlier marriage.

The British Racing Drivers’ Club (BRDC) said “no-one could have been prouder” to be part of the organisation than Moss, who was its longest-serving member.

“In the history of motor racing, not just in his home country but also wherever he raced around the world, Sir Stirling held a unique status, which continued throughout his life, long after he retired from his front line racing career,” said the BRDC.

“He was universally recognised, following the retirement of the great Juan Manuel Fangio in 1958, as the racing driver who set the standards by which all other drivers were judged, whether in Formula 1 or international sports car racing.

“His versatility and competitive instincts made him a formidable competitor in any race.”