3rd May 2011, By Nick Maltby | Comments (Closed)
I went to the Kit Car Show at Stoneleigh yesterday. It has probably been more than ten years since I last went.
The format hadn’t changed very much and neither had many of the exhibitors. I consider that both of these are good things, the first because after a gap of more than ten years since my last visit the familiarity must mean that the tried and trusted formula works and the second, it is good to know that there is a demand for the products of well established companies. Caterham (recently bought by Tony Fernandes owner of the Lotus F1 team) and Westfield being the most notable of the manufactures. What I found amazing was that, I would estimate,  about seventy percent of all the marques present were displaying Lotus Seven look-a-likes, this fifty years after Colin Chapman first brought this iconic model to the market!


I do not claim to be a Kit-Car afficionado, I take a passing interest, so it was no great surprise that I had not heard of the Tiger Racing brand www.tigerracing.com  Again most of its models are variants of the Lotus Seven theme but they struck me as being very well designed and constructed. In terms of numbers at the show (on display and private owners) I would say they were the most numerous after Caterham and Westfield. I was impressed.


Frankly, I was impressed by a lot of what I saw yesterday but acknowledging that this blog is supposed to be based upon serendipitous encounters and this was a planned visit plus the fact that to many people (not me) Kit Cars are not considered to be in the automotive main stream, I will cut my reporting on what I saw to a minimum.
I just want to say how impressed I was by the Suffolk Jaguar products – replica SS100 and Jaguar C Type.
They really look the business and I have no hesitation in recommending you to visit the website www.suffolkjaguar.com


I mention above that the majority of models on display were variants of the Lotus seven design. The other design which has been the mainstay of the Kit Car industry for decades is the AC Cobra. The two manufacturers that caught my eye yesterday were Dax and Gardner Douglas. I have known of the former for many years and from what I have read they were always seen as the leading brand in the AC Cobra replica field in the U.K. I have to say that I was very impressed by the space frame chassis on display on the GD stand. It occurred to me to try and find out what the experts/owners thought of these two marques (encouraging research being one of the objectives of this blog) but it seems that, like so many other attempts at making comparisons, it’s a matter of “you pays your money and you makes your choice”. In other words each one of these marques has it supporters and detractors but the research emphasised what I said at the beginning; there are many many alternatives on the market. Still, as someone who is most unlikely ever to purchase an AC Cobra, let me just end by repeating that I was impressed by the engineering on display on the GD stand. As is my way, I wanted to give you a lead into doing some research on the topic of AC Cobra replicas but I couldn’t find one website that gave a good overview. I did find a reference to this book though – Cobra Replicas (Essential Buyer’s Guide Series), Iain Ayre Otherwise just browse the internet, it is a fascinating, if a little complex subject, to anyone who is not an out and out enthusiast of the cult.
Here are some photos I took at the kit car show : – 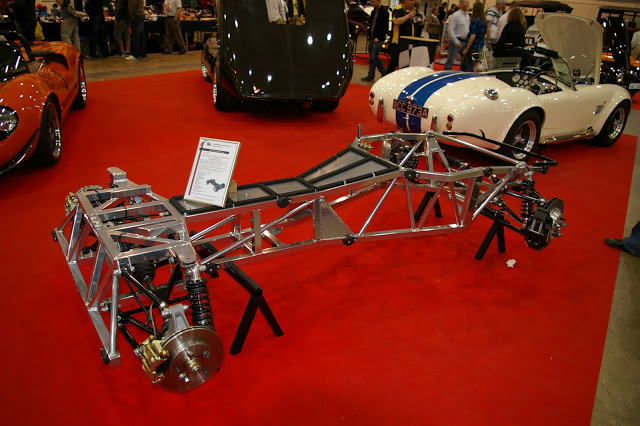 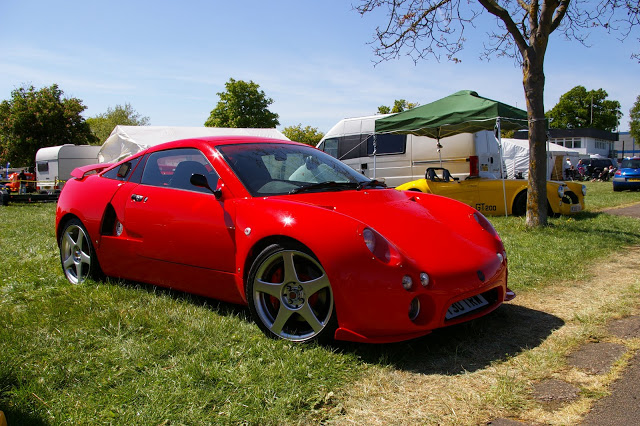 2. GTM Libra (no longer in production –
GTM merged with Westfield in 2010. 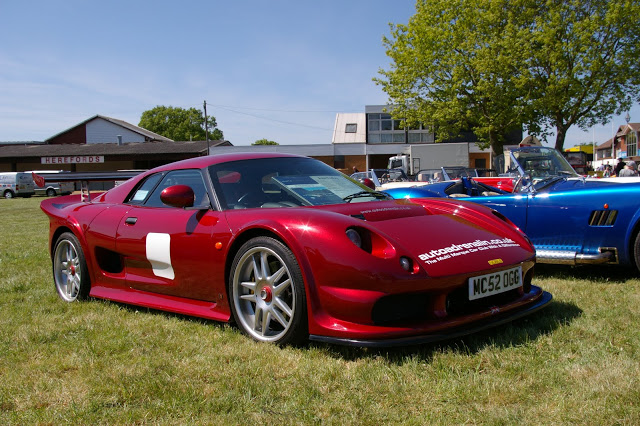 3. Noble M12 – Not a kit car and no longer
being manufactured. 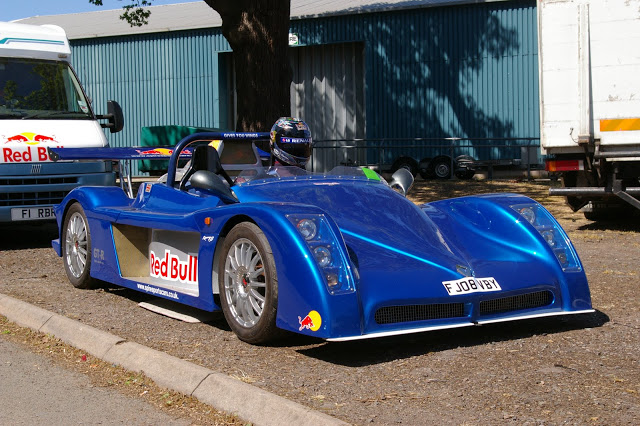 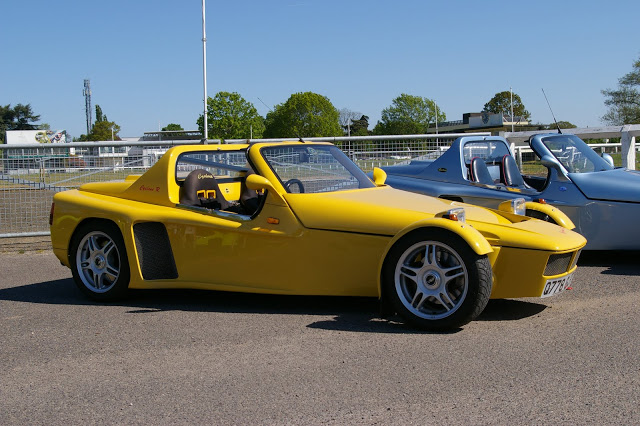 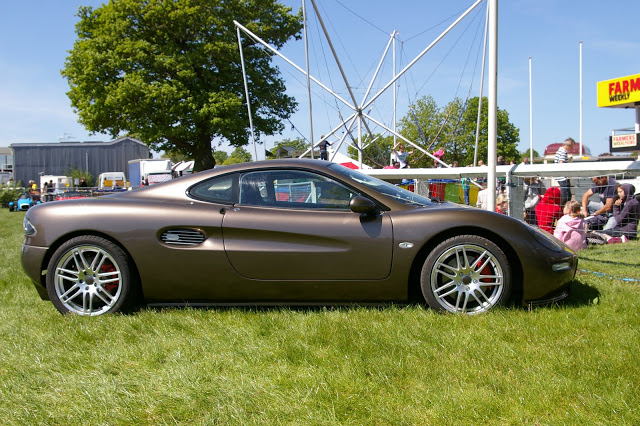 I have already acknowledged that the foregoing isn’t strictly in keeping with the ‘serendipity’ theme of this blog but now I am, hopefully, going to justify this whole piece by what I am going to report next.
The journey from Balsall Common to Stoneleigh, about ten miles, took me via the eastern edge of Kenilworth, down Common Lane. As I was approaching the junction with Dalehouse Lane I caught site of a large ‘Alvis’ sign above one of the industrial buildings on my left hand side. This was relatively new, it had only been a few months at the very most since I had traveled that way and I had not seen that sign then. By coincidence the building on which the ‘Alvis’ sign was being displayed used to be occupied, for many years, by a printing company that I used when I worked for Peugeot.
Having caught a quick glimpse of this sign my first thought was that the building was something to do with the Alvis fighting vehicle company that the company developed into and which used to be located in Holyhead Road, Coventry before it moved to Walsgrave, Coventry, in the 1980’s. Since then it has moved to Telford and after numerous changes of ownership is currently part of the BAE group where the the Alvis brandidng is not likely to have much significance.
I returned home by the same route and was able to have a longer look at the Alvis building. I noticed that the sign actually said ‘Alvis Cars’ and the building had been completely redesigned from when I knew it. There was now what appeared to be a small showroom with a full length window. There was a 1930’s type car in the showroom, I assume it was an Alvis. When I arrived home I entered ‘Alvis Cars Common Lane Kenilworth’ into Google and was presented with this website – www.alviscars.co.uk
I will not spoil it for you, have a look yourself, the information is very interesting. One thing about it, this find did truly fall into the ‘serendipity’ category.