Being interested in automotive history is like having a “gift that keeps on giving” some new information turns up on a regular basis. Of course, the information isn’t new in the true sense of the word, it was new many years ago and then it got lost in the mists of time. I must offer a further qualification, the information offered here is new to me, other “petrol heads” may already be aware of it but if it is also new to you then I hope that you find it of interest.

I subscribe to the PreWar. Com weekly (e)newsletter and in a recent copy there was an article featuring a c.1935 DeSoto ‘Airflow’ car. 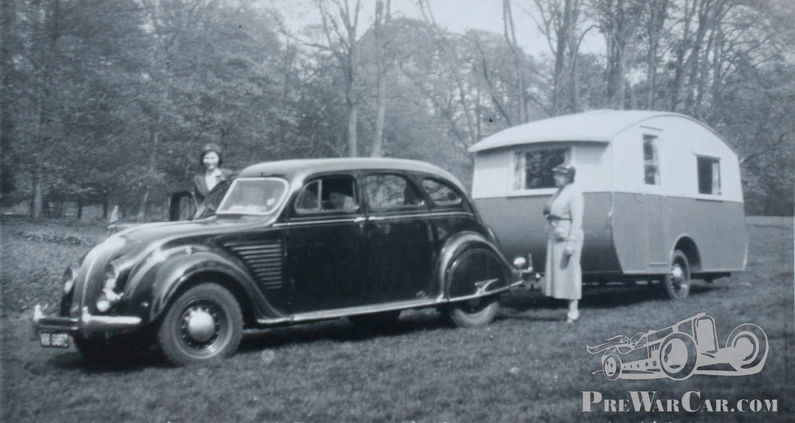 That car was interesting enough but it was where it was built that really caught my eye. It was built at Chrysler’s U.K. assembly plant located on Mortlake Road, Kew, London. In 1921 Walter Chrysler took a controlling interest in the well established but financially challenged, Maxwell Motor Company, located in Highland Park, Michigan. In 1925 Chrysler formed his own motor manufacturing company and absorbed the still struggling Maxwell entity. In company with other US car manufacturers, most notably Ford, Maxwell had established an assembly plant in the U.K. based in Kew, Greater London. That facility was inherited by Chrysler as a result of it taking over Maxwell. Chrysler soon started to assemble Chrysler and DeSoto cars from parts (c.k.d. – completely knocked down) imported from the USA or Canada. Using the c.k.d. method of building cars helped Chrysler to overcome the restrictions that affected completely assembled cars. Incidentally, one of the world’s most well known c.k.d. contracts, that Chrysler (U.K.) was also involved in, was the Hillman Hunter exported to Iran. The parts were assembled by Iran Khodro and sold as the Paykan (Farsi for Arrow, which was the Hunter’s development code name before it went into production!).

In 1928 Chrysler bought the Dodge Brothers Motor Company, located in Hamtramck, Michigan, both brothers, Horace and John, died as a result of contracting “Spanish Flu” in 1920. In 1922 Dodge Brothers established an assembly plant in the U.K. located at Stevenage Wharf, Stevenage Road, Fulham. Dodge built mainly light commercial vehicles at the plant. In 2024 Dodge moved to larger premises in Park Royal and then, in 1933, Chrysler transferred Dodge truck production to their Kew assembly plant. When Chrysler bought the Rootes Group (Hillman, Humber, Singer, Sunbeam cars plus Commer and Karrier commercial vehicles) in 1967 it transferred Dodge truck production to the Commer plant in Dunstable, Bedfordshire.

Let us return to the Chrysler, Plymouth and DeSoto cars built at Kew –

Readers who are familiar with Chrysler’s styling of the 1930s will recognise the design of the DeSoto in the photo shown above, as an “Airflow”. The 1930s was an age when streamlining was in fashion but Chrysler may have gone a little “over the top” in its approach to the subject. In practice Car-buyers preferred the dramatic look of a vertical grille, followed by a tapering tail – in other words, streamlining in name only, but not in practice. Chrysler made the mistake of actually being scientific about it and in the pursuit of real efficiency, it designed a car with the aid of a wind tunnel, one of the first car-makers ever to do so. It also pioneered unitary construction.

To accompany the Chrysler, a slightly cheaper companion model badged as a DeSoto was introduced to run alongside it but the public didn’t share Chrysler’s enthusiasm and only around 55,000 Airflows were sold between 1934 and 1937, a disappointing number by the standards of America’s Big Three. These poor sales figures caused Chrysler to adopt a policy of conservative styling lasting into the 1950s.

The cars assembled at Chrysler’s Mortlake Road, Kew, facilities were essentially British versions of American cars.  Chrysler gave its UK cars the names of Surrey towns to make them more palatable to UK buyers, so, there was the Chrysler ‘Kew’ (2.8 Litres) and ‘Wimbledon’ (3.3 Litres), as well as the DeSoto ‘Richmond’ and ‘Kingston’. The DeSoto Airflow, shown above, was given the name Croydon. The U.K. cars tended to be fitted with smaller six-cylinder engines that were more appropriate to the British market than the V8 engines that were popular in the U.S. It also meant that they were cheaper to buy and run. 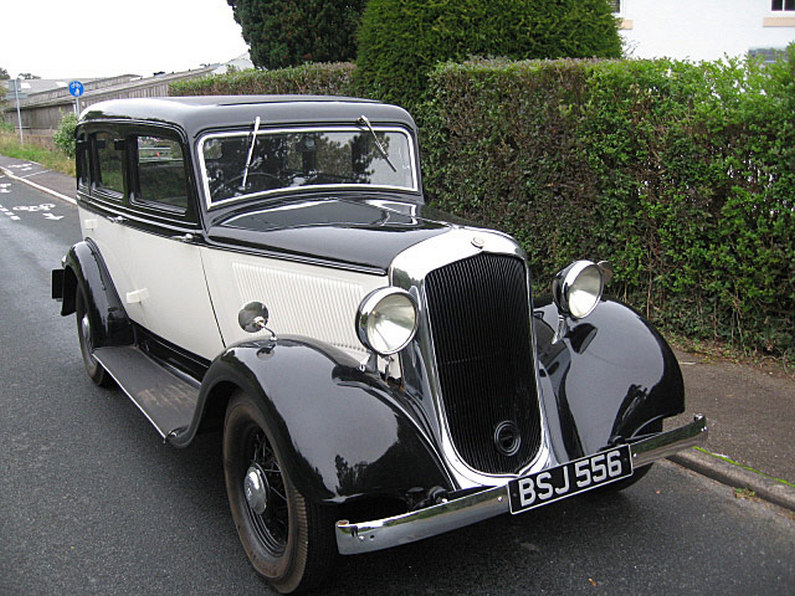 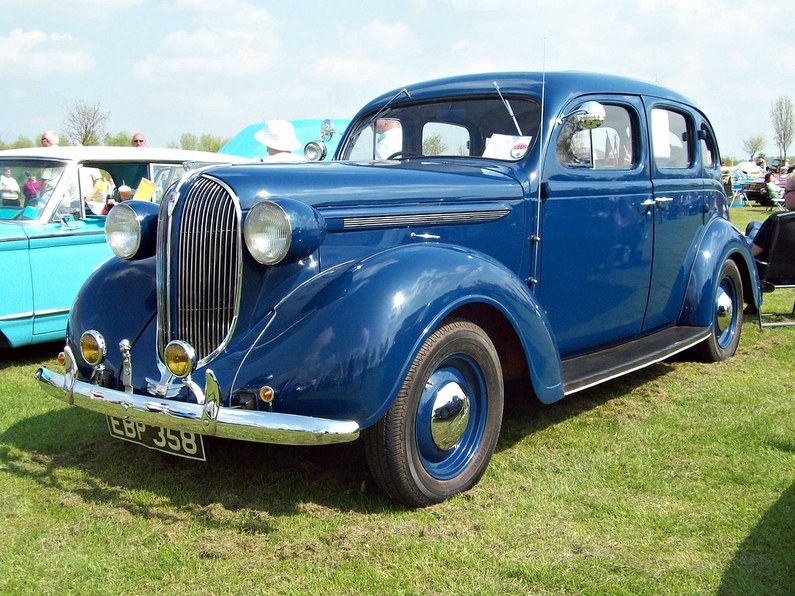 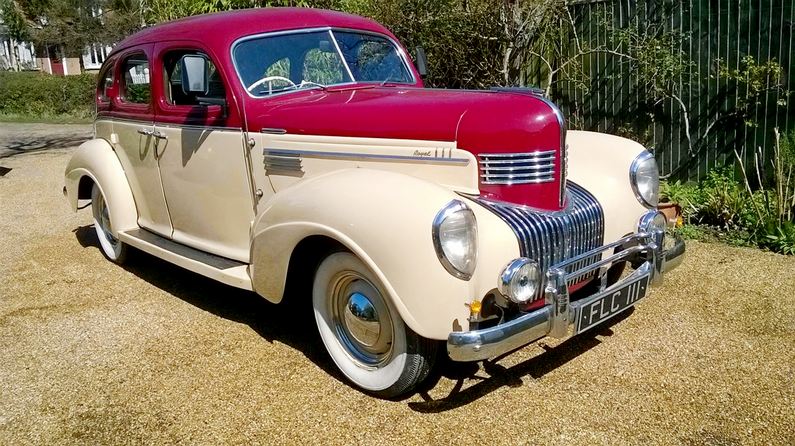 During World War II, the Kew plant produced a restricted truck range and devoted most of its efforts to building R.A.F. aircraft, including Halifax bombers. The UK wartime Dodge Kew Trucks were Types 82a and 101a, both equipped with six-cylinder, flathead, petrol and Perkins diesel engines. 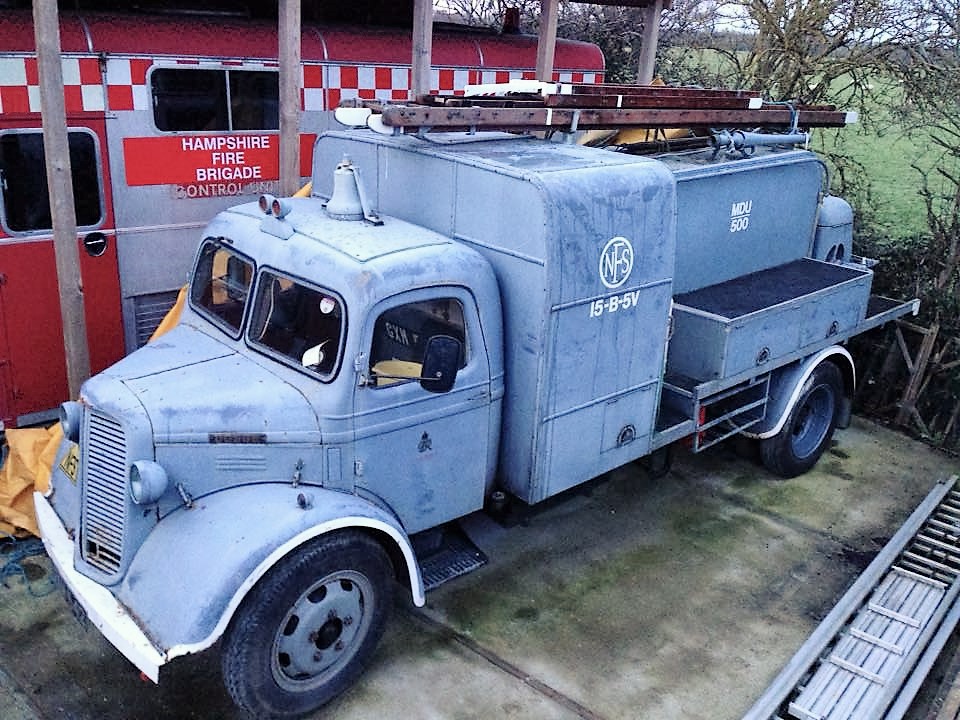 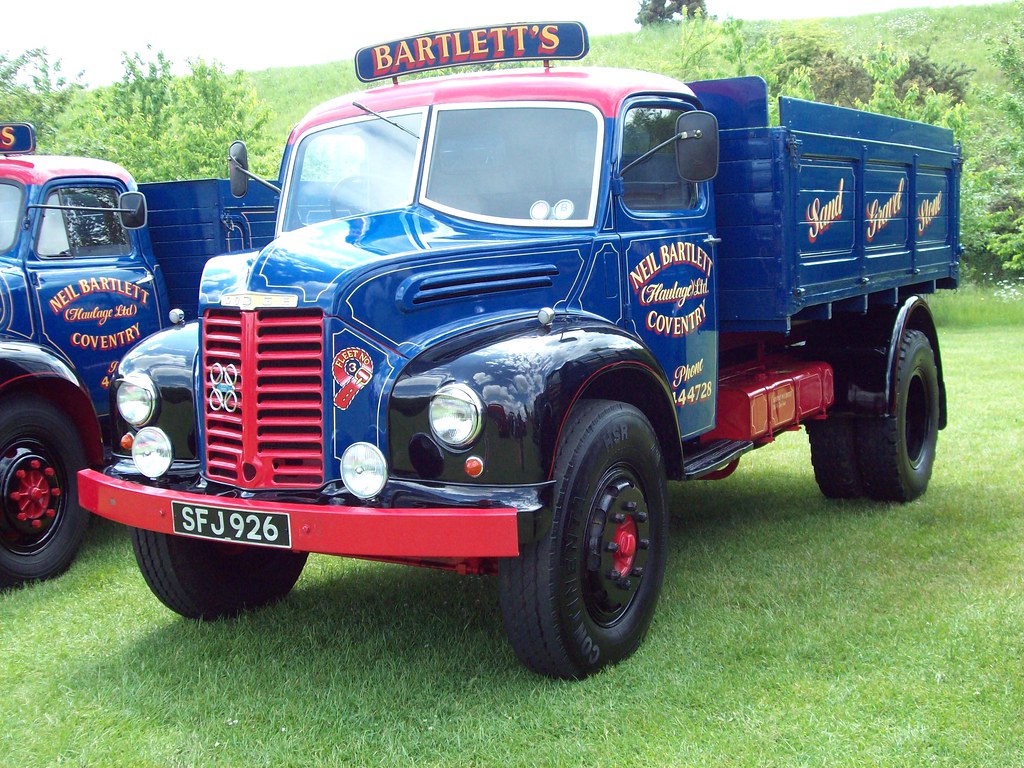 Cars – A Story of the Hudson Motor Company, Detroit, USA